Many coal producers are looking for a “win” in the struggle for public support. One way to do that is by building positive relations with communities affected by current or previous coal mining. This includes managing the effects of subsidence, which can cause depressions and cracks at the surface. This not only damages structures, roads, pipelines, railroads, etc., it can affect streams and rivers, triggering serious environmental consequences such as fines and other sanctions for the companies responsible.

Coal operators that develop effective ways to prevent the collapse of closed mines, or worked-out parts of operating mines, can realize several benefits, including:

Positive relations with stakeholders — With community consultation, such a large part of the environmental permitting process, having that “social license to operate,” is increasingly important in business success.

Sound management of potential legal liabilities — Less risk of damage claims from owners of buildings as well as linear property such as roads, railroads and pipelines help to manage legal risk as well as possibly improving access to capital.

Public health and safety — Helping to alleviate these long-term physical liabilities will manage the risk to the public and local wildlife and potentially “give back” the land for recreational activities.

One possible solution to coal mine subsidence comes from the world of hard rock mining: “paste” technology. Paste usually involves tailings — the sand-like reject produced by the mine’s mill after the target mineral has been extracted from the ore. To make paste, the tailings are mixed with water and other additives. These elements are engineered into a “recipe” suitable for the application, and the result is a product that resembles toothpaste in consistency, and which can be pumped through a pipeline.

In an increasing number of mines, paste is pumped underground to backfill worked-out stopes to prevent their collapse. After the paste cures into a hardened mass, the ore body next to it can then be safely mined.

Paste is a mature technology, and its growth has brought greater efficiencies in operation, a wide range of equipment able to produce paste, and growing ranks of mining professionals with experience in designing, maintaining and operating paste plants.

MAKING 2 COMMUNITIES SAFE FOR DEVELOPMENT
One example of a former coal mine property turned housing development dates to the early 2000s, and the intervening years have demonstrated that the paste solution utilized has stood the test of time.

Canmore, Alberta, began life in the 1800s as a coal mining town. Since the mine closed in 1979, the underground workings posed a risk of collapse, and the town’s legacy of coal mining was impeding residential growth east of the main community.

Remediating this site involved using on-site piles of overburden from earlier mining operations, converting it to paste, and pumping it into the underground voids. Using on-site material helped to keep costs manageable, and also helped to level the site for development.

This area has now been developed with a blend of residential housing, retail space and a golf course, with substantial areas set aside as wildlife corridors. Three Sisters Development Corp. won a 2006 Canadian Brownfield Award (known as the “Brownie”) from the Canadian Urban Institute for excellence in sustainable design and technological innovation for the development.

Another example of how paste technology can help manage the subsidence of a closed mine comes from Yellowknife, Northwest Territories, in northern Canada, a city that grew up on mining and became the territorial capital in 1967.

The former Giant mine and its network of underground mine workings have been the focus of intensive stabilization efforts. Since the mine’s closing in 2004, these voids have begun to weaken and collapse, causing negative effects on the surface including subsidence and sinkholes.

Considering its close proximity to the site to Yellowknife, various unrestricted access points for the public, the adjacent Ingraham Trail, and numerous on-site features, including a creek, it was important to find effective (and cost-effective) ways to support the mine workings to prevent the propagation of failure through the mine.

Some of the general challenges faced at orphaned or abandoned sites, which may be relevant to coal-mine remediation, include:

Hazardous substances — The main concern is the possibility that groundwater flowing through the open, abandoned mine workings might pick up hazardous materials, where it would likely spread further. This hazardous material could be left over from the mining operations or be naturally occurring, but the voids underground provide a natural pathway for these materials to migrate. Infiltration of surface water through cracks, voids or other pathways into the subsurface could exacerbate the migration of contaminants into the environment. This has parallels to the selenium, mercury and naturally occurring radioactive materials (NORM) that can be an environmental issue in coal mine water.

Inaccessible mine workings — Three Sisters was completely inaccessible and only part of Giant mine is still safe for human access. This means that understanding the conditions underground and the areas of potential failure becomes a complicated undertaking. The solution in both cases involved a drilling and 3-D mapping program to model the underground drifts and stopes, with some of the information coming from the mine plans made during the pre-1960s. The drilling program was extended to include observation boreholes to monitor the paste as it was delivered underground to ensure leaks into other areas of the mine were minimized.

Multiple stakeholders — Many government bodies, including regulatory authorities, have a stake in these properties, meaning that many facets of both projects required local, regional and federal approval. This can apply in coal mine remediation as well, when the property owners must work with local and state/provincial political leaders, regulators and environmental groups to find solutions that address the issues.

HOW COAL COMPANIES CAN BUILD ON THEIR SOCIAL LICENSE
Coal producers who seek to build good relations with communities affected by coal mining can get support from gaining good skills in managing subsidence issues for closed underground mines. This can include:

Community research — Find out which communities have issues with subsidence. Then, see if there is potential to build good relations with community leaders through offering to work with them on remediation of the property. This could include current or former coal mining towns that want to diversify their economies as retirement or recreational havens — and have been stymied by areas vulnerable to collapse, and where it was unsafe to build hiking trails, golf courses, residential communities and the like.

Regulatory authority research — The next step is to find out whether helping to remediate the worked-out mine can help build offset credits with which to support future coal extraction operations. It may help if the remediation work is to be done in the same service area, generally based on being within the same watershed, as the new extraction site.

Build relations with qualified professional support — There is a growing body of professional services firms that can offer good skills in paste technology. However, that is only one piece of the puzzle. It was the team approach that made Three Sisters and Giant mine successful — the team of paste engineers, underground mining engineers, rock mechanics engineers, geotechnical engineers, 3-D modelers and drilling specialists who worked together to develop the underground “picture” along with the elements of the solution e.g., borehole layouts, strength requirements, pumping expertise. It is important to consider each piece and seek out partners that can bring their expertise to bear on the problem.

The effect can be a “social license to operate,” which results in community support, rather than community opposition, to new coal-extraction proposals.

Sue Longo, P. Eng, MBA, is an associate in the paste engineering and design division of Golder Associates, based in the company’s Calgary, Alberta office. Tel: 403-299-5600; sue_longo@golder.com. 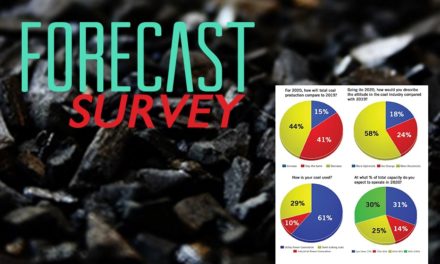