Elbert Allen (Larry) Drummond, vice chairman of Drummond Company, Inc., recently passed away. His father, Heman Drummond, had been a coal miner for Debardeleben Coal Co. and decided in 1935 to start his own mine, the beginning of what is now Drummond Co. During breaks in college, Larry worked in various areas of Drummond Coal operations—preparing a site for mining, drilling at a new mine, cleaning coal for loading, and work at other operations. After returning home with a law degree, he joined the company and was involved initially with sales. Over the years he was heavily involved with domestic and international coal sales. He assumed additional responsibilities as vice chairman of the corporation and chairman of its executive committee.

Michael Karmis, the Stonie Barker Chair of Mining and Minerals Engineering at Virginia Tech, has received the first Gunter Fettweis Award from the international Society of Mining Professors. This award recognizes active SOMP members for accomplishments in education, research, and professional service. Karmis joined the Virginia Tech Department of Mining and Minerals Engineering in 1978. He is a past head of the program. Earlier this year, Alpha Natural Resources named him as one of three directors to administer its new foundation to improve mine health and safety. Currently, Karmis serves as the director of the Virginia Center for Coal and Energy Research. Karmis is also the founder of a consortium of major research universities, called the Appalachian Research Initiative for Environmental Science, to address the environmental impacts of the discovery, development, production and use of energy resources in Appalachia.

The Australian Center for Geomechanics at The University of Western Australia has appointed Dr. Ken Mercer to a professorial position in environmental and mining geomechanics. He will be responsible for developing and leading the environmental geomechanics program and will also be involved with slope stability research.

Bridge Shipping Group has appointed Billy Rodrigues managing director of the Mozambique and Malawi regions, and its new facility in Beira, Mozambique.

With the recent closing of FLSmidth’s acquisition of the Australian engineering and equipment supply company, Ludowici Ltd., FLSmidth has appointed Patrick J. Largier senior vice president and head of the Asia-Pacific region for the non-ferrous division. He will also continue as CEO of what is now known as FLSmidth Ludowici. 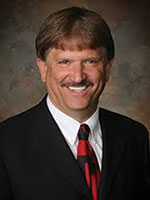 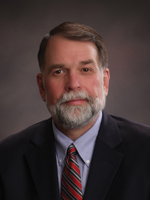