Coal operators in the Powder River Basin, such as Peabody’s North Antelope Rochelle mine (above), could experience a rally with stockpiles dwindling among utilities (Photo courtesy of Peabody Energy).

Full-year 2015 PRB production was 398 million tons. For 2016, Hanou Energy believes when the final numbers are in, the PRB will produce around 311 million tons. The increase is mainly attributed to higher natural gas prices and the record high hot summer, which increased PRB demand in its “niche” market. Year 2008 was the record PRB production year when 496 million tons were produced.

With natural gas prices increasing to around $3/mmBtu, Hanou Energy correctly predicted in its second-quarter 2016 PRB update that PRB demand would increase in its “niche” market, that stocks would drop and that PRB spot prices would increase throughout the remainder of 2016 and into 2017.

The good news for producers: PRB 8,800 Btu spot prices increased from $9.25/ton in May to $12.25/ton during September. With the power plant “off” season beginning in October, prices have retreated by $0.50/ton since then.

Hanou Energy still contends that a strong price recovery could happen as early as spring 2017. Watch the monthly stockpile levels as reported by the EIA closely. Assuming we have a normal winter and $3/mmBtu gas prices, stocks should continue to drop throughout the winter. Maybe the magic 50-million-ton number will happen sooner rather than later.

What about the Producers?

The following table shows PRB and Bull Mountain coalfield production by company and by mine as reported by MSHA for the period 2008 through the third quarter of 2016 and our projections for full-year 2016.

Hanou Energy and Burnham Coal are updating their strategic study on the PRB. Available in August, their Powder River Basin Coal Supply, Demand and Price Trends 2016-2035 study is regarded as one of the best analyses of the basin available. Hanou Energy Consulting LLC is owned and operated by John Hanou. Hanou can be reached by phone at 410-279-3818 or via email at jthanou@hanouenergy.com. His website is http://hanouenergy.com. Burnham Coal LLC is owned and operated by Bob Burnham. Burnham can be reached at 303-517-7826 or by email at bob@burnhamcoal.com. His website is http://ijburnhamcoal.com. 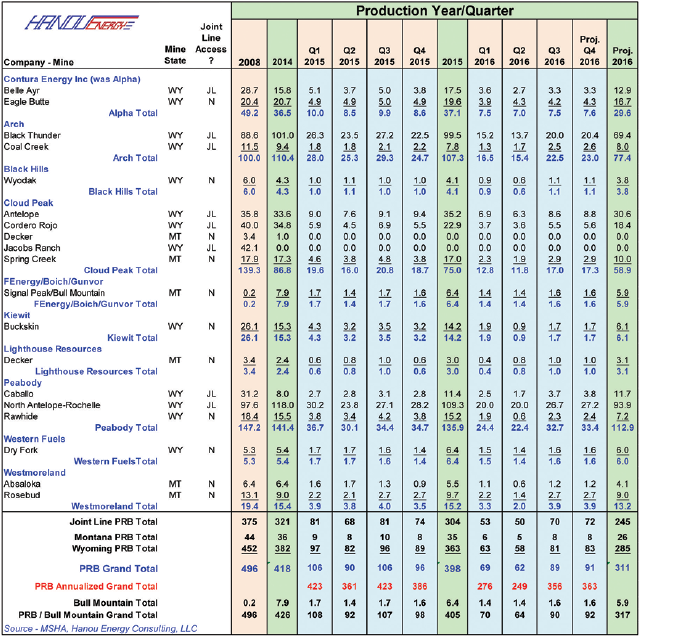 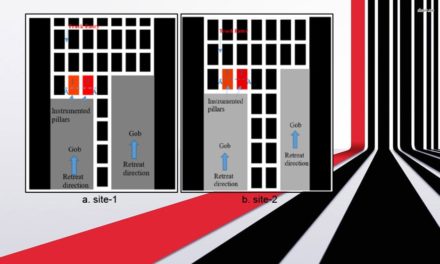 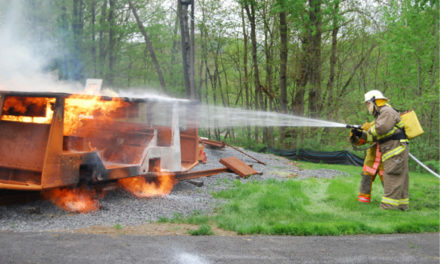