It’s not a sexy business. The chemical that leaked is used in a process called “froth flotation.” Basically, it creates bubbles that attract fine coal particles. Add a quart of the chemical to a 1,000-gallon-a-minute slurry of coal in the cleansing separation process, and coal mining companies can skim off the particles, dry them and sell them as fuel.

It’s been a pretty good business niche. Freedom Industries buys and stores chemicals from companies including Eastman Chemical, an international $12 billion business, and Georgia Pacific Chemicals, a unit of the Koch brothers’ Georgia Pacific, one of the world’s paper product giants. Then Freedom Industries sells to companies such as Alpha Natural Resources, one of the country’s biggest coal producers. More than 100 plants in West Virginia use froth flotation.

Forrest, through another firm he owns, paid roughly $20 million to acquire Freedom Industries and orchestrate its December 31 merger with four tiny distribution, blending and storage firms that act as middle men between big chemical and big coal companies, according to a person close to the company but not authorized to speak for it. He added that Forrest just “had the misfortune of buying a plant just before all hell broke loose.”

Ever since, Freedom Industries has battened down the hatches. It issued a statement on January 10, the day after the spill was discovered, and nothing since. Chief executive Gary Southern, suffering from pneumonia, made one brief and awkward appearance sipping from a water bottle before TV cameras. Two days later, Charles Ryan, the crisis public relations firm Freedom Industries hired, decided it would not represent the company. Newspapers have scoured state records to learn about the company but have found slim pickings apart from the criminal record of a long-departed executive.

Crisis management experts said the public reaction of Freedom Industries is not unusual but not a model either.

“Mostly what organizations do in these kinds of moments is duck,” said Davia Temin, a New York-based media specialist and crisis manager. “They do not come forward. They do not put their CEO forward. And they do not work out of the playbook of good crisis management, probably because they don’t have anything good to say.”

Temin said such companies “go underground, though unfortunately in this case their underground is toxic.” And if they’re truly avoiding the spotlight, then “tomorrow you will no longer be Freedom Industries, it will be Liberty Industries or Apple Pie Industries.”

Old Problems
In Charleston, critics say that Freedom Industries may have new owners, but it has old problems that needed fixing. The facility, perched on a steep bank of the Elk River, has 13 tanks built in the 1940s and 1950s, said Daniel Horowitz, a spokesman for the federal Chemical Safety Board. The site was formerly used by Pennzoil/Quaker State as a gasoline and diesel terminal. The 35,000-gallon tank that leaked is about 20-ft high and sits on a concrete pad surrounded by dirt. Encircling that tank and some others is a cinder block containment wall with visible cracks in it, Horowitz added.

A state Department of Environmental Protection official said the agency found that a clear liquid, thicker than water but not as thick as syrup, had pooled in a roughly 40-ft square and was flowing through a crack in the base of the cinder block wall.

The person close to Freedom Industries, which has hired two contractors to help with the cleanup, said the company has emptied the tank and looked inside. He said the bottom of the tank had been pushed inward, suggesting damage from water underneath that froze in the unusually harsh cold earlier that week. He added, however, “there are many, many additional pieces of information needed before anyone knows why the tank failed.”

That’s not stopping the plaintiffs’ attorneys, who have already filed lawsuits against Freedom Industries for negligence. They have also named Eastman Chemical, the manufacturer of the licorice-smelling chemical that leaked, and the West Virginia American Water Corp., which kept its intake pipe open and earlier failed to heed recommendations from the state to move a water intake pipe located about a mile and a half downstream from the chemical storage tank site.

“It’s got broader implications than West Virginia,” said Kevin Thompson, a lawyer who filed a class-action suit in federal court against the three companies on Monday, January 13. “There are so many chemicals out there that are not properly characterized. It’s only after they dump it in our water and it smells like licorice that we know about it. If it didn’t smell like licorice, we wouldn’t even know.”

Many Players
Untangling the corporate who’s who is complicated.

Freedom Industries, which was created in 1986, sells a variety of chemicals. On its Website, it says it maintains “bulk inventory” of six raw materials for coal flotation “to insure [sic] that custom blends for each customer can be produced 365 days per year.” It also sells chemicals for controlling dust, treating water and combatting freezing conditions.

The company had a colorful executive in the past. One of the company’s founders, Carl L. Kennedy II, was charged with failing to pay more than $200,000 in income taxes, according to news reports at the time. In 1987, he pleaded guilty to selling between 10 and 12 oz of cocaine, according to the Charleston Gazette. A person familiar with Freedom Industries said Kennedy left the company long ago.

The current president, Southern, comes from Britain but has worked in the U.S. chemical sales business for more than two decades, according to a person familiar with the company. West Virginia secretary of state records show that Southern was president of a chemical sales company called HVC, which in 1998 did an estimated $72.5 million in business.

In December, Freedom Industries was acquired by a Stoystown, Pa.-based company called Chemstream, which also blends and sells chemicals to industrial customers, according to the person familiar with the company. The company’s Website says it began as a distributor of chemicals for the mining industry.

Chemstream is owned by Forrest, according to the person. Forrest is president of Rosebud Mining, a Kittanning, Pa.-based company he founded in 1979 and which is now the third-largest underground coal producer in Pennsylvania with 1,400 employees in Pennsylvania and Ohio.

On December 31, Freedom Industries merged with local companies Poca Blending, Crete Technologies and Etowah River Terminal. The toxic chemical concoction that leaked into the river was stored in three of the tanks at the former Etowah terminal, the state Department of Environmental Protection said.

The person close to Freedom Industries said that Chemstream had hired two firms to do due diligence before its acquisition and had plans to “bring maintenance items up to speed.” He described the Freedom Industries owner and executives as “upstanding guys.”

Much Unknown
Eastman Chemical sold Freedom Industries this particular batch of chemical, called 4-methylcyclohexane methanol, or, more simply, crude MCHM. Eastman spokes-woman Maranda Demuth said Eastman’s safety sheet for customers warns that “this product should not be released into a drain, sewer or stream.” She said it is the responsibility of the customer and local, state and federal agencies to ensure operations are safe and comply with regulations.

Demuth also disputed assertions by critics and regulators that the company had not supplied much information about 4-MCHM. She said Eastman had filed a “Premanufacture Notification” with the Environmental Protection Agency in 1997 for a component of crude MCHM for use in coal processing. “EPA reviewed the notification and did not request any additional testing,” Demuth wrote in an email. She said the tests were done at “reputable laboratories where rigorous internal review processes were performed.”

But Horowitz of the Chemical Safety Board said that the safety data sheet for the chemical “has a great many fields, which say ‘no data available.’” Under the section titled “most important symptoms and effects, both acute and delayed,” Eastman’s forms says “no data available.” Under toxicological effects of inhalation, “no data available.” It was the same for whether it causes cancer, affects reproduction or affects specific organs.

“There is very little available testing data on its toxicity,” Horowitz said.

On Thursday evening, January 9, the House Energy and Commerce Committee’s ranking Democrats, Henry A. Waxman (Calif.) and Paul D. Tonko (N.Y.), wrote to Eastman’s chief executive, Mark J. Costa, asking that he immediately provide unredacted copies of all studies the company did on the health and environmental effects of MCHM.

Trouble in the Water
American Water played a key role in the fiasco, too. Its water plant was built in 1972, and company spokeswoman Laura Jordan said that the Elk River was a perfect spot for an intake pipe, much better than the nearby Kanawha River, which she said was home to several chemical and industrial plants.

But in retrospect, the intake pipe was very close to the Etowah Terminal now part of Freedom Industries.

Jordan said that Freedom Industries told American Water about the spill just before noon on January 9. The person close to Freedom Industries said cellphone records show that the water company was notified about an hour earlier. In any case, American Water kept its intake pipe open figuring that it could handle the contamination with its own treatment facilities. American Water engineers were told to keep watch and add more carbon to the company’s carbon filters, Jordan said.

She said that Freedom Industries initially mischaracterized the chemical that was leaked, saying it was a coagulant that would sink rather than a foaming agent that would float. By midafternoon, the water company learned of the error.

The water company could have drawn on reserves to avoid the crisis, according to the person close to Freedom Industries. But Jordan said the water reserves would last only a few hours and that it was better to keep the water treatment plant open so people would have sanitation water and water for fires if needed.

Freedom Industries is also looking at whether the water company had a leaking pipe on higher ground than the storage tanks. It is looking at whether the leaking water might have frozen under the tank and caused damage that way. The person close to Freedom Industries said that the water company contacted a contractor two years ago but only made repairs there this week.

It all has the makings of long-running, soap-opera-style litigation.

“I have a whole gang of people working on it,” said Thompson, the plaintiffs’ attorney. They include an environmental engineer, a toxicologist, an aquatic biologist and a physician. His clients include Carolyn Burdette, a beautician who lost $400 in business; the Vandalia Grill, which said it lost $10,000; Crystal Goode, a single mother of three who worried about exposure to the chemical; and the owner of Mousie’s Car Wash in Charleston, who seeks business damages and health monitoring.

When he filed the suit, Thompson said, “I had to put a number down so I asked for $100 million.”

Editor’s Note: This article is reprinted with permission from the Washington Post. 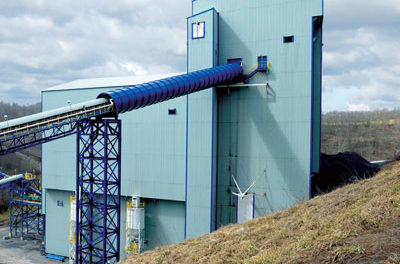 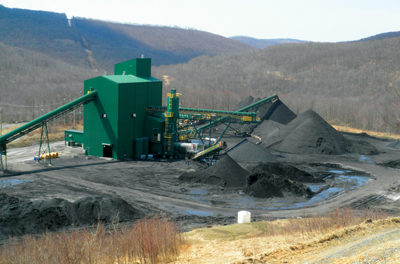