Last year, Joy Global was able to help a midwestern U.S. coal operation increase their production by more than 66,000 tons on an annual basis by finding an optimized load time process.

Always seeking a better way to do things, OEMs are listening to mines’ feedback and upping the efficiency ante

As a crucial component of any mine’s fleet, mines are consistently pushing their continuous miners (CMs); greater uptime, longer spaces between maintenance, and greater capabilities at the ready on a moment’s notice are just a few.

Operators aren’t shy when letting equipment manufacturers know what they need their CMs to do; with hundreds of mechanized mining units (MMUs) active at any one time across the nation, keeping the machines running, and running well, is no small issue for original equipment makers (OEMs).

Fortunately, these companies are equally willing to think big inside the research and design room.

Coal Age has devoted several columns this year to doing more with less, as the idea is imperative in the current market. This month, it examines the issue with two CM manufacturers, Joy Global and Sandvik, which are both making strides in the efficiency game: the former with efforts tied to its JoySmart Solutions to improve productivity and the latter building upon its expertise in longwall development.

JOY GLOBAL: OPTIMIZING PRODUCTION
Finding the method that results in an improvement — no matter how small — is a victory for any mine, particularly when that improvement can be sustained long-term. What about seeing a productivity jump of more than 66,000 tons in one year with a relatively small adjustment to daily operations? Joy Global recently did just that with a Midwestern coal operation that was using its 14CM27-11EX.

“One of the biggest inefficiencies in the continuous mining process is waiting for a batch haulage unit to arrive and get into position [and] any reduction in this wait time is time spent cutting and loading material,” Joy Global smart services manager for underground mining Lawrence Kabat said of the challenge it had ahead. “Understanding these delays is key to a successful mining operation, and is seldom obvious.”

While the problem was one the mine had realized on its own, finding a solution was much like fixing the metaphorical hole in the bucket, with another separate problem emerging when the focus was still on the previous one. As a result, the operation was getting nowhere.

The CM studied was a standard model machine, with a 950-volt AC, 44-in. diameter solid-head cutter drum and the cutter width was 11 ft 6 in. With Joy brought in as a partner on the project, data was pulled for analysis by JoySmart Solutions experts and the direction was found: an important tie between wait time and feeder location. With a benchmark average of 44.2 seconds of wait time marked between cars, the pair got to work.

“Through the use of comparison data between units, the optimum feeder location was determined,” Kabat said, adding that the mine’s production rates were used to pace the units’ rate of advance and also to determine an optimum move schedule.

Now armed with the needed feeder location, JoySmart crews were able to choreograph haulage routes for the operator, and a refinement of the CMs’ cutting patterns resulted in a track that crews could depend on as predictable and repeatable.

“By using data to identify inconsistent production rates, Joy Global was able to help pinpoint the true restraint and develop a solution that would improve productivity,” Kabat said.

Results from the project, which was examined over the 2014 calendar year, were worth the wait. According to Joy, by the end of last year, their collected comparison data showed an improvement in wait times of nearly two seconds, from 44.2 seconds on average to 42.7 seconds.

While that may sound insignificant, it must be noted that the miner had eight continuous miners running on a daily basis. Eight units, with time reductions on every shift of every day, the scope of the results became clear, with an additional 66,150 tons produced for the year.

Joy officials said the mine has considered the productivity gain only the beginning and is working to keep the improvement going. With the machines now in stride, the OEM and operator are targeting another 1.5-second time reduction this year.

The achievement was made using JoySmart Solutions suite of smart, connected products, technology, and smart services to help increase productivity and reduce costs. Many projects are driven by operational and financial goals, which are examined alongside data from connected products by the Joy Global JoySmart team to provide direction and a proactive view of service needs and increase in productivity with the mine’s machines.

Previous studies have already been conducted both underground and at the surface with longwall systems and electric rope shovels. 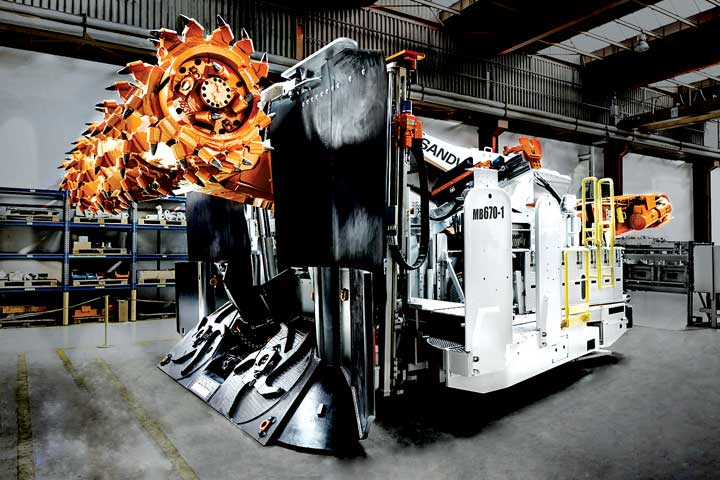 The latest in Sandvik’s miner-bolter equipment line, the MB670-1.

In this case study, the JoySmart evaluated the mine’s time between haulers, tracking the time from when the conveyor on the continuous miner was turned off until the time it was again turned on in order to determine a wait time.

SANDVIK: DEVELOPMENT OF THE FUTURE
The epitome of asking a machine to “do it all,” as it were, is in the area of longwall development, and the development of the bolter-miner has been a new era for coal mining. Sandvik, which produces both hydraulic and electric-powered units, has a long line of solutions, including the MB250/MB270 FLP, designed ideally for roadway development, and the MB370, at home in roadway development seams between 8.5 and 11.8 ft. Since the invention of the bolter-miner 25 years ago, Sandvik’s progress in technological developments for the machine has been substantial.

The company has continued its work in the longwall development area with the introduction of the next-generation Sandvik MB670-1 bolter miner, which has increased safety and ergonomics for operators in addition to the hard-line benefits of increasing productivity and reducing ownership costs.

The miner was developed from the framework of its existing Sandvik MB670 and has been purpose-built for longwall mining with fully automatic cutting cycles giving mines constant, faster advances.

The result, again, is one that can quickly compound into a large-scale advantage for the operation, including shortening panel development times in stable ground conditions by up to 30%. It can also help to ensure a smoother mine floor. From a maintenance perspective, Sandvik said, the MB670-1 experiences less wear and tear.

“[The] MB670-1 bolter miner has an innovative sump frame mechanism that incorporates cutting and bolting, allowing coal cutting and ground support installation simultaneously,” according to Bruno Reumueller, who serves as product line manager for Sandvik’s underground coal and minerals division.

“While the machine is stabilized for installing the ground support, the sump frame mechanism continues to move forward to cut out the next cycle. This enables our customers to get more out of their mine.”

The OEM now has nearly 300 bolter miners currently working in mines, which Reumueller said stems from its commitment to give operations everything needed for longwall development, from excavation, support, and loading products to transportation and logistics.

caption: Last year, Joy Global was able to help a midwestern U.S. coal operation increase their production by more than 66,000 tons on an annual basis by finding an optimized load time process.
caption: The latest in Sandvik’s miner-bolter equipment line, the MB670-1. 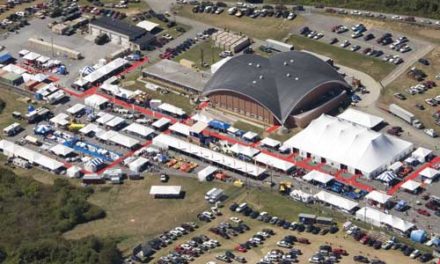 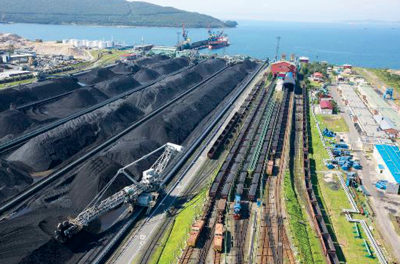 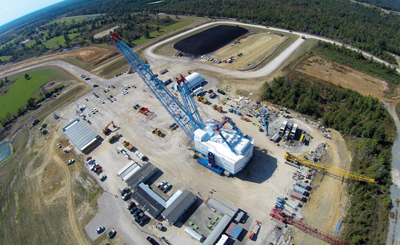 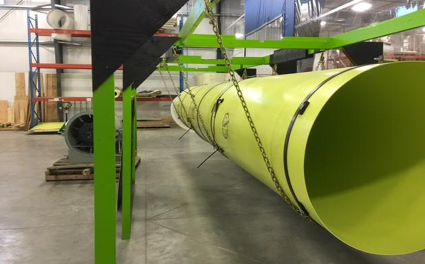