Over the years, economies of scale—larger trucks and loading tools—have kept costs per ton low. Whether it’s moving overburden, loading coal or working a bench, the electric shovel has become the workhorse for excavating and loading operations at large open-pit mines.

Many of these electric shovels were manufactured 20 or 30 years ago and many are still running well. Considering the rigorous conditions encountered at most mining operations, the long electric shovel life is a testament to quality craftsmanship on the part of the original equipment manufacturer (OEM) and the dedication of preventive maintenance teams at the mines. At some point, however, wear and tear takes its toll and, to avoid catastrophic failure and extended downtime, the mine faces two choices: take the shovel down and rebuild it or buy a new one.

Making that decision takes careful consideration. Many mines, especially steam coal operators in the U.S., may have trouble justifying the purchase of a new electric shovel with today’s soft coal markets. Even if the mining company has the money, the OEM might not be able to supply the electric shovel in the timeframe needed to keep production running smooth. Lead times are a function of the commodity demand cycle and other sectors in the mining business are running very strong these days.

Another option is to rebuild the machine mechanically. These rebuild projects take place frequently, but they are far from routine. The mine and the contractor assume a certain amount of risk. Much like surgery, there is the possibility the doctors will find more problems once they begin or in a worst case scenario the patient dies on the operating table. Similarly, by working with a contractor with a lot of experience, the machines are usually returned to service in a relatively short period of time with a new lease on life.

When it comes to shovel rebuilds, L&H Industrial has worked on a number of projects. Headquartered in Gillette, the company rebuilds surface mining equipment. It also engineers, designs and manufactures alternative replacement parts. L&H has distributors in all of the major mining districts worldwide.

L&H began working in the oilfields in the 1960s and eventually turned its attention to the mining business. “We offer mining companies the experience and technological expertise to solve problems,” said Jeff Wandler, vice president, L&H Industrial.

“We got involved in the mining business in the early 1980s,” said Jason Percifield, field service manager, L&H Industrial. “At the time, no one in the Gillette area could perform machine boring work on a scale the mines needed. For the most part, we were doing a lot of field work for the mines, which consisted of machining and welding. In 2005, we purchased our first set of jacks and performed our first major shovel rebuild in Idaho in 2006. We have since formalized the shovel rebuild service.”

In a span of about four years, demand for L&H’s field service team grew from 10 people to 40. “Our main focus right now is un-decking or splitting shovels,” Percifield said. “It’s really interesting work that requires engineering skill and a plan. As a company, we have become a lot more proficient in the services we offer, especially when it comes to machining. I don’t think there is anything on a shovel—milling, boring or drilling—that we can’t do anymore.”

During the fall of 2010, L&H completed a major overhaul on a high hour machine  in the southern Powder River Basin. A mine that  uses a truck-shovel mining method to move overburden and to load coal had a P&H 2800, which was starting to reach its limit. L&H worked with the coal company to breathe new life into a worn out machine.

The shovel had worked hard for more than 100,000 hours and now the mine feared the car body was failing. “We worked on that shovel for two or three years and we knew it was failing,” Percifield said. “We were doing everything we could to buy time until the mine could budget the money and time, and organize a plan to fix the shovel.”

The original plan was to buy a used car body, rebuild it and replace the one on the P&H 2800. “Unfortunately, we could not get that plan to come together,” Percifield said. L&H located some car bodies for the mine, but they could not justify the expense, Percifield explained. So L&H’s engineering department developed a longer-term plan for the mine. The new solution amounted to cutting the entire center section out of the car body, removing as much as 40% of the original car body.

Taking that slice out of the middle would remove all of the high stress areas that had failed and could no longer be repaired. “As far as we know, we were the first ones to attempt this—carving the entire center section out of the car body and replacing it,” Percifield said.

L&H and the coal company agreed on the plan. “We specified and purchased all of the materials,” Percifield said. “The original car bodies used a casting to hold the pin. We decided to upgrade to a high-end forging and prefabbed the entire structure in our shop so we could cut the old section out and drop the new piece into place. There were a lot of strategy sessions and collaboration between the L&H engineers and the mine’s engineers as well as internally at L&H.”

With a plan in place, the project began at the end of last summer. Theoretically, the electric shovel would be offline for 45 days. Not long after the rebuild was under way, once the shovel was un-decked and cleaned, technicians found there was just as much wrong with the revolving frame as there was with the car body.

“Shortly after we started this huge repair project, we discovered a number of problems,” Percifield said. “We ended up working on it for 90 days instead of 45 days because of the extent of the repairs. Basically we replaced every bulkhead in the revolving frame as it was un-decked. We re-machined everything on the car body and the revolving frame—every gear case and transmission. We re-milled every surface. We had 8,000 hours of welding on the revolving frame, which amounts to about four times what a mine would normally expect.”

Once the decision was made to cut the center section from the car body, had the project taken a turn for the worst, the mine would have been left an inoperable electric shovel. “Obviously no one wants to invest $500,000 into a rebuild project unless they are extremely confident it will succeed,” Percifield said. “If we could not resurrect the shovel after splitting the car body in two, and if what we had planned as far as engineering had not worked, the mine would have been without a shovel for the better part of the year.” It takes eight to 10 months build a car body.

Another variable that added some complexity to the project was the model of the machine. “The P&H 2800 series electric shovel had a lot of different configurations for car bodies and revolving frames,” Percifield said. “The P&H 2300 series were fairly standard with three or four different models where engineers would know with a high degree of certainty what to expect as far as bulkhead configurations, the type of plate and how the shovel was manufactured. Many of the P&H 2800 series were built different.” Percifield jokes that he often asks mine operators if that was a model 64 or a 63½ because of the variability between models.

In preparing for the project, the most important engineering aspect was making sure the unit, which had been prefabricated, would actually fit properly onto the car body. The tolerances for the new forging needed to be precise and the bulkheads had to line up. “We had a heck of time getting that forging turned around in time,” Wandler said. “Once the mine decided to move on the major rebuild, we had to get the material rounded up in short order. We had to engage the purchasing process and activate coordinators, who searched for materials high and low. We flew people out to get the forging UT’d at their plants to verify that we would be able to use this rush piece. We scrambled forces to get this rebuild completed in time.”

Oftentimes, forgings require a 12- to 18-week lead time. “The way this project schedule flowed, we would have been ¾ of the way done with the job before we received the forging,” Percifield said.

L&H had to find a forge and then qualify it to meet the company’s strict specifications; with a project of this nature, flaws are simply unacceptable. “We located a forge in New Jersey, flew to the facility and qualified it quickly,” Percifield said.

Restoring the car body was the central focus on the project. “The planning was completed and the job was set,” Percifield. “Everyone was a little worried about the car body simply because it had never been done before and it went to plan better than expected. The problems with the revolving frame were unexpected as far as the amount of damage it had suffered.” Eight to 10 people per shift worked two shifts per day, seven

days per week to complete the project.

The project began on August 31, 2010, and was completed during November. As far as L&H and the mine are concerned, the project was a huge success, especially when the cost of the rebuild is compared to the price buying a new car body, which is what the OEM advised. “The big story is that no one had ever done this before and it took a ton of engineering to make it happen,” Percifield said.

The commissioning process went well. The rebuilt P&H 2800 has been running for roughly 1,500 hours. L&H re-inspected the shovel at 1,000 hours. “We revisit all of the machines we rebuild during a preventive maintenance day and review all of the areas where we made changes, such as gear alignment, roller contact, etc.,” Percifield said. For a modest investment, some detailed engineering, and a little hard work, the mine has a refurbished P&H 2800 and they can expect many more hours out of this machine. 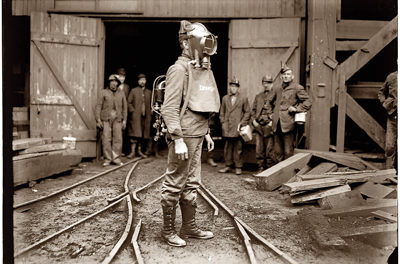 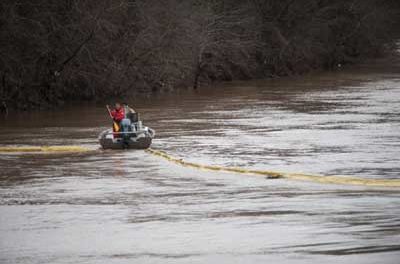