In less than 10 years since its establishment and less than five years since completing its initial public offering (IPO), PT Adaro Energy Tbk has become one of Indonesia’s most successful companies and one of the world’s leading coal industry players. It continues to develop infrastructure and improve its position in the coal industry, and has further integrated its coal supply chain by moving downstream into power as well as diversifying product offerings and increasing its reserve base through acquisition of deposits in Indonesia.

Adaro Energy was established in 2004 under the name of PT Padang Karunia and has become the second largest thermal coal producer in Indonesia. Through its subsidiaries, the vertically integrated, pit-to-power company has a JORC-compliant coal resource and reserve of 4.6 billion metric tons (mt) and 1.1 billion mt, respectively. Its vision is to be a leading Indonesian mining and energy group while continuing to focus on creating maximum sustainable value from Indonesian coal.

On July 16, 2008, Adaro conducted an IPO and listed on the Indonesia Stock Exchange. It issued 11.14 billion new shares, which was equal to 34.83% of its issued and fully paid capital. With the IPO price of Rp1,100 ($0.11) per share, Adaro raised Rp12.25 trillion ($1.23 billion) from the public in an IPO considered the largest in the history of the Indonesian capital market.

Kalimantan Operations
Adaro Energy’s primary focus is on the Adaro project in South Kalimantan through subsidiary PT Adaro Indonesia. The deposits are in three main areas—Tutupan, Wara and Paringin. Tutupan stretches for 20 km along a ridge in the northeast part of the Adaro area. No major faults are known to disrupt the coal.

The Wara 1 coal deposit is 5 km west of Tutupan Central and is separated from that deposit by the Dahai thrust. The deposit stretches in a northeast direction over 12 km and dips to the southeast at 45˚. Wara 1 comprises three major seams that are characteristically low in ash (less than 3%) but with moisture content of around 40%.

The North Paringin deposit is southeast of Tutupan and around 1 km north of the old Paringin pit. The deposit forms an asymmetrical anticline of 4 km strike length with the eastern limb dipping at 30˚ and the western limb at 60˚. It is also a multi-seam deposit consisting of more than 40 seams ranging in thickness from less than 5 m to greater than 20 m. The quality of North Paringin is similar to Tutupan with ash around 3% and calorific value of around 4,800 kcal. The Paringin deposit extends south of the Balangan River.

Since it began production in 1991, Adaro has used open-pit mining methods to produce coal with primary waste stripping by hydraulic excavators and dump trucks. Under the Coal Contracts of Work (CCoW), the mine’s life is due to expire in 2022 with an option of two extensions of 10 years.

During the last quarter of 2012, MIP continued pre-stripping activities at the mine site with stockpile and water control facilities also built. At the end of 2012, more than 1 million bank m3 of material had been removed exposing up to 125,000 mt of coal. Land purchasing progressed and coal crushing started to build stockpile bases. The company continued to build orders for the sale of Ultima, the brand name of MIP’s low pollutant, low heat value coal, to end users in Indonesia, China, India, Taiwan, Thailand, the Philippines and Vietnam. MIP is 75%-owned by Adaro through PT Alam Tri Abadi (ATA).

During the fourth quarter of 2012, development alternatives for BEE were studied with the aim of producing a work program and budget for approval by shareholders. Exploration has included surface geological and aerial topographic mapping, sampling and 13,100 m of exploration drilling. An additional exploration drilling program is being carried out in the BEE mining area to provide supplementary data for the preparation of a JORC report on the area’s reserves and resources.

Base line environment and social programs have started. From exploration results to date, BEE is considered compatible with Adaro’s other investments in electricity generation and is being promoted as a long-term, high volume fuel supply for a dedicated mine-mouth base-load power plant. BEE is 61.04%-owned by Adaro Energy through ATA, 20% by PT Pamapersada Nusantara, 13.92% by PT Triputra Utama Selaras, and 5.04% by PT Bumi Alam Sejahtera.

SMS completed all earthworks and road surfacing during the final quarter of 2012, while some permanent bridges are expected to be completed in 2013. On November 20, 2012, the haul road was officially commissioned by the South Sumatra governor. Phase 1 of the Muara Lematang stockpiling and barge loading facility was also completed and 10 barges and 70,000 mt were loaded prior to the end of the year. The facility will be expanded to an annual capacity of 30 million mt over the next few years with future upgrades planned and timed in accordance with market demand. SMS is 35%-owned by Adaro Energy through ATA.

Other Developments
IndoMet Coal, a joint venture between BHP Billiton and Adaro Energy, is continuing the development of seven CCoWs in Kalimantan. IndoMet Coal continues to assess development options across all seven CCoWs and is constructing access roads and developing port facilities.

In the fourth quarter of 2012, PT Bhakti Energi Persada (BEP) continued to work toward getting the required government permits, acquiring land, securing social and community support, and completing engineering and geological studies. These programs are required to be finished before significant capital expenditures are made. The current development plan is to bring the BEP concessions into production in 2014. Adaro has full control of the management, operations and funding of BEP from the date of signing on May 28, 2012.

Electric Power Development Co. Ltd. (J-Power), Itochu Corp. and PT Adaro Power established PT Bhimasena Power Indonesia (BPI) in July 2011. On October 6, 2011, BPI and state-owned electricity company PLN signed a 25-year power purchase agreement, which includes construction of a 2,000 mw coal-fired power plant in Central Java. BPI expected to achieve financial closure by the end of 2012, but due to challenges related to land acquisitions, the Central Java power plant project will be delayed. It is not expected to be a lengthy delay nor will it harm the project or sponsors.

Adaro said the challenges are not insurmountable and it will deliver this key project as soon as possible, bringing significant benefit to all stakeholders and helping build the nation. Most parties agree Indonesia cannot achieve its potential without increasing the country’s power generation capacity and Adaro intends to help Indonesia achieve its full potential.

Competitive Advantages
Adaro Energy and its subsidiaries have numerous competitive advantages:
•    Unlike most conglomerate businesses, Adaro is controlled by five families that collectively hold 63%. Adaro believes the natural checks and balances that exist in this ownership structure ensure all decisions are made in the best interest of the company and long-term value creation.
•    Low cost producer—The location and characteristics of the major deposit, as well as the operating strategy and execution create the capacity to produce coal at a low-cost level.
•    Large operation—Adaro Energy and subsidiaries are the second largest coal producer in Indonesia, own and operate the largest coal mine in Indonesia, and have the largest single location open-pit mine in the southern hemisphere and the fourth largest in the world.
•    Unique coal—Adaro Energy’s environmentally friendly coal is trademarked around the world as Envirocoal. Growing concern for the environment, as well as understanding Envirocoal’s other benefits, such as lower operating costs, will ensure demand for Envirocoal remains firm.
•    Highly skilled work force with many years of experience—A large and varied work force and management, made up of people with decades of experience from Indonesia and around the world. Many consider Adaro responsible for establishing the international market for subbituminous environmental coal.
•    Diversified loyal blue chip customer base—Adaro and its subsidiaries sell Envirocoal to a geographically diverse customer base of 41 companies in 17 different countries. Most have been customers for years and substantially all are power companies.
•    Not restricted by infrastructure— Adaro’s existing infrastructure gives the company the capacity to increase production rapidly with minimal capital expenditure and to quickly adjust production volume based on market demand and conditions.
•    A collection of integrated profit centers—Adaro Energy’s forward thinking plan enables each subsidiary, while fully integrated into the Adaro coal supply chain, to become an independent profit center. Profit from subsidiaries assists the group’s overall income growth. Each subsidiary may become publicly listed.
•    Experienced subsidiaries—Adaro Energy’s strategic business units are experienced in the sectors of mining, trading, mining contractor service, and infrastructure and logistics.
•    High quality assets—As well as the 3.5 billion mt of coal reserves and resources, Adaro has a complete production fleet in the form of equipment and facilities for crushing, stockpiling, transportation, loading, production and other supporting roles.

Consistent Growth
There are several factors that have contributed to Adaro Energy’s consistent growth:
•    Demand for its coal is increasing every year.
•    Coal mining contractors perform well in terms of meeting annual targets.
•    The company has sufficient equipment and CAPEX to support production growth need.
•    Adaro has good mine planning.

However, in the current difficult market conditions, Adaro has recognized the need to get back to basics and does this by continuing to focus on the core business and reducing costs and improving efficiency. In addition, Adaro is carefully monitoring spending to preserve cash and maintain margins.

Despite the recent economic downturn, the company remains on-track to deliver its long-term strategies to grow and create maximum sustainable value from Indonesian coal by building a better and more efficient business. It aims to achieve a medium-term annual target of 80 million mt by continuous improvement in the coal supply chain, and to move further downstream into power.

Environmental Initiatives
Many people perceive that coal mining activities disturb the landscape and environment, but Adaro said this is not entirely true. By implementing good mining practices it can maintain and manage the environment without damaging it. In one initiative to maintain CO2, Adaro conducted energy efficiency in its operational activity to reduce solar fuel consumption. It is also developing alternative energy through a biodiesel-fuel pilot plant in collaboration with Komatsu and United Tractors. The B-20 program aims to substitute 20% of fuel with jatropha oil that it plans to apply in 100 dump trucks when it can be mass produced. The program is expected to reduce annual emissions by 20,000 mt.

The company’s environmental performance is strictly regulated and controlled by the use of an environmental management system aligned with ISO 14001 standards. Since the beginning, Adaro Energy has been strongly committed to implementing its mining principles to internationally recognized standards. In recent years it has received a Gold rating in the PROPER Award after four consecutive years of gaining a Green rating from the Ministry of Environment. These awards show that Adaro has complied with all regulatory requirements and has even gone beyond compliance by implementing environment initiatives and sustainable community development programs.

Safety is Vital
Adaro Energy has more than 22,000 employees and boasts many talented recruits from reputable universities, inside and outside Indonesia. It hires more than 70% of its employees from the local community in South Kalimantan.

Adaro is committed to maximizing workplace safety in all operational aspects. It continues to implement an integrated safety, environmental and production management system known as Adaro Safety, Environment and Production, which is aligned with ISO 14001 and OHSAS 18000 international standards. To improve employee awareness of safety, health and environmental issues, as well as to create a safe working environment culture, Adaro has employed a group general manager of SHE to create policies that will be implemented by all levels within the company’s business units and operating subsidiaries. 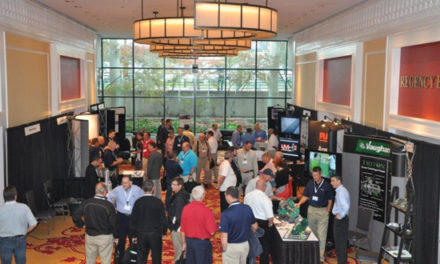