Following eight deaths in the first half of the year, the nation’s coal segment seemed off to quite a deadly start. Then came the third quarter, and July and August passed by silently before there was bad news once again. The single coal fatality reported during the quarter occurred just two weeks before the end of the period.

The nation’s mine fatality total at the end of September was 24, with nine recorded in coal (at press time, no further incidents had been confirmed). The latest of those came on September 16 at Alliance Resource Partners’ Onton No. 9 operation in Webster County, Kentucky.

The incident, which has been classified by federal investigators as a machinery death, involved 29-year-old electrician Rickey Thorpe. Thorpe was no stranger to the task at hand — replacing continuous miner (CM) load locks — having spent nearly six of his nine years in the mining industry at this activity.

Mine Safety and Health Administration (MSHA) officials, in a preliminary report released in the hours post-incident, said the victim had been replacing a load locking valve on a cutting head support jack on the operator’s side of the mine’s Joy 14CM15 continuous miner.

The scene of a September fatal machinery incident in Sebree, Kentucky, that killed an experienced miner.

“[He] had removed the load locking valve…when the blocking material under the CM’s head failed, which allowed the cutter boom to collapse onto the gathering arm deck, causing crushing injuries to the miner,” the report said.

Thorpe was pronounced dead upon being transported to the surface. Of the mine’s 288 workers, 45 were working at the time of the accident.

While a final investigation report on the event is still pending, MSHA did release its initial fatalgram findings in the final days of September. In its best practices, the agency urged pre-work reviews of the manufacturer manual for safety precautions and blocking procedures; it also urged mines to ensure blocking material is competent, substantial, and adequate to support and stabilize the load and to use the original equipment manufacturer’s (OEM) securing safety devices/features.

Investigators, in hopes of preventing similar incidents in the future, also have asked operations to devise safe methods to complete tasks involving large objects, massive weights or where the release of stored energy is a possibility.

“Ensure that all stored energy is released or fully controlled before initiating repairs,” the fatalgram stressed, adding that power should be off and equipment should be securely blocked against hazardous motion at all times, as should assemblies that rotate to prevent rotation.

“Do not proceed until all safety concerns are adequately resolved, especially if potential hazards or prescribed procedures are unclear,” it added. “Treat the system as unblocked until the blocks or jack stands are fully loaded and equipment stability has been verified.”

Finally, MSHA highlighted training and proper work space around equipment, along with determining if hydraulic hoses are trapping pressure or supporting something before they are loosened for work.

LACK OF SUPPORT CITED IN MARSHALL COUNTY DEATH
The third quarter was also a quiet one on the front of MSHA’s investigative team; the agency released just one final report of findings for a fatal coal death. On July 22, the agency posted the results of its probe into a March underground fatality at the Marshall County complex in West Virginia The mine is now owned and operated by Murray Energy, which purchased the longwall operation from CONSOL Energy.

On March 8, 13-year mining veteran and assistant longwall coordinator for the mine’s West Side, John “Mike” Garloch, was fatally injured while shoveling loose material between the longwall face and the panline. The accident occurred in the area near the No. 4 shield on the 12 East Longwall face.

According to federal investigators, Garloch received crushing injuries when a section of coal and rock fell from the face area, striking him and pinning him against the mine floor. Three other miners sustained lost-time injuries as a result of the accident.

MSHA noted that, in the days before the event, the operation was undergoing a power move at the 12 East longwall section; specifically, the electrical and hydraulic components for the longwall face were being moved outby to allow the longwall to continue retreating.

Investigators looked at many facets of the operation as it related to the fatal incident, including the 1,400-ft-wide, 6,800-ft-long longwall panel in which crews were working. It was noted that, at the time of the accident, the 12-East Longwall headgate overburden thickness was 1,008 ft. An Analysis of Longwall Pillar Stability (ALPS) determined the pillar stability factor in the area of 2.83 at the headgate. The National Institute of Occupational Safety and Health (NIOSH) recommends pillar stability factors for retreat longwall mining of 1.30; thus, the pillar design was adequate for handling the overburden weight and exceeded the recommended stability factor. 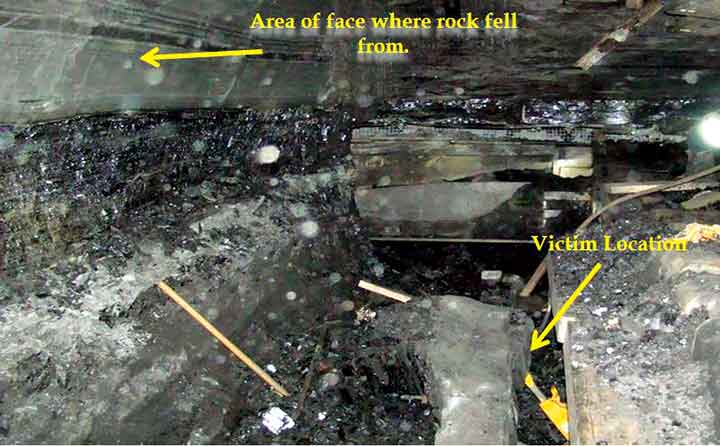 MSHA said the operator was at fault for a March fatal rock fall accident in northern West Virginia.

MSHA also noted increased face height in its report; throughout the day shift and afternoon shift the day of the incident, the face height increased from 7 ft to approximately 12 ft due to the removal of the material in front of and under the panline.

As the shift progressed, it added, the shale strata movement created a crack in the face at the No. 5 shield; a separation was ultimately formed that could only be seen from the tailgate side.

In a review of mine examination records, the investigators also found that, despite additional reviews of the area at the time of the crack’s appearance, it was not identified in the completed exams. As a result, MSHA issued a noncontributory violation for 30 CFR 75.1326 because of the examinations.

It ultimately concluded that the operator was at fault for the incident.

To correct the issues, the operator revised its roof control plan to address out-of-seam conditions and also outlined procedures and equipment needed to protect miners from falls of roof and face if miners are required to be on the face side of the panline for any reason. 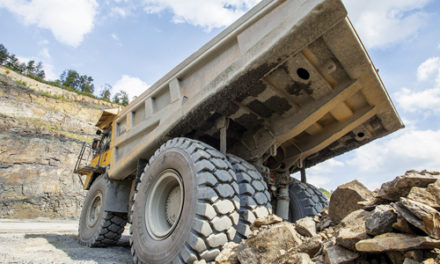 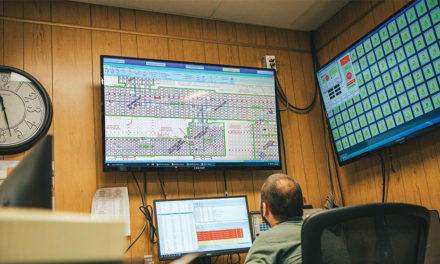