The East Mining Co. (EMCO), a major Russian brown coal operator, in cooperation with Zyfra, a Finnish-Russian industrial digitalization leader, held a webinar recently on digitalization in the coal mining industry. The event addressed the current trends in the development of digital technologies, as well as the data culture.

The key point of the webinar was the presentation of a project to implement and customize the Zyfra OpenMine Fleet Management System (FMS) at the Solntsevsky coal mine in Sakhalin, the largest Russian island in the northern Pacific Ocean.

EMCO executives presented the results of their first trial of the Zyfra Open-Mine FMS at Solntsevsky. The system was put into commercial operation at the mine in December 2019. Almost nine months of work resulted in a 10% increase in capacity for its haul trucks. With the installation of onboard sensors, it is now possible to maintain security zones. Introduction of a modern fast fueling system for mining haulage equipment helped to reduce fueling time per unit by 2.5 times and increase the equipment performance.

“The main challenges we faced in implementing the system was the size of the company and a large fleet of equipment with almost 150 units inside the mine and about 120 units outside used to deliver the coal from the mine to the port facilities in Shakhtersk,” said Stanislav Ploshchenko, EMCO’s deputy CEO for business efficiency. “So far, all operation modes and procedures have been recorded and most of them are already automated. The next step will be to commission the latest version of the system, which will help to minimize the equipment downtime inside the open pit and eliminate the lost time on the shovels. We also plan to introduce process KPIs for the dispatchers and operators of the equipment.” 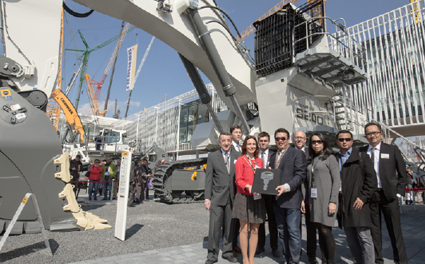