Even though new coal preparation plant construction has slowed recently, the market itself remains very active. Mergers and acquisitions (M&A) among coal operators and plant engineers have altered the landscape. During the last year, many Appalachian mines and prep plants were purchased and merged within existing coal companies. Alpha Natural Resources acquired Massey Energy and the impact in West Virginia was substantial. Likewise, Arch Coal bought International Coal Group (ICG), which strengthens its position in central Appalachia and the Illinois Basin. On the plant engineering side of the business, KBR (formerly known as Kellogg Brown & Root) purchased Roberts & Schaefer (R&S), a company with a long history in prep plant design and construction.

Currently, according to the Coal Age Prep Plant Census, there are 293 prep plants. A total of 22 plants are listed as idle and that is noted on the census. They have not been removed because they can usually be renovated and reactivated quickly. The number of active plants is 272. West Virginia remains the industry leader with 80 plants, followed by Kentucky (72), Pennsylvania-Bit. (26), Virginia (22) and Ohio (20).

The Alpha-Massey merger established Alpha as the new leader in coal preparation. The company now operates 37 prep plants in four states. The number of plants Alpha owned in West Virginia grew to 22 from eight last year. Similarly, the Arch-ICG merger propelled Arch up the prep plant operator ladder. Last year the company owned six prep plants and today it owns 18; it also now has a presence in Illinois and eastern Kentucky where it had none last year. Arch Coal is followed closely by Patriot (17), Peabody Energy (14), James River Coal (13) and CONSOL Energy (12).

Other notable changes include Walter Energy’s acquisition of the North River mine from Chevron Mining in Alabama. Rosebud Mining, Inc. purchased the Kensington plant from Buckeye Industrial in Ohio, and the Dutch Run plant from TJS Mining in Pennsylvania.

KBR’s Pit-to-Port-to-Plant Solution
At the end of last year, KBR acquired R&S and immediately began integrating the company into its mineral business unit. For more than 20 years, KBR has been actively involved in mining. It has performed feasibility and environmental studies, which led to major front-end engineering studies (FEE) and then engineering procurement construction, and management (EPCM) studies for major developments in iron ore, copper and coal in the Asia Pacific region. The company has designed and engineered several coal projects in Australia and Indonesia, either developing new mines or working with existing mines on expansion projects.

In addition to its experience building many U.S. coal prep plants, R&S is a global leader in bulk material handling and minerals processing. In the 1990s, R&S acquired the Soros Group, which was heavily involved in port development. That acquisition created a company that could deliver a “Pit-to-Port-to-Plant Solution,” not only for coal, but for other commodities as well.

For KBR Minerals, the R&S acquisition revolved around engineering excellence. “R&S has a reputation for innovation across a number of sectors: mining, power and ports,” said Ted Wziontek, senior vice president, KBR Minerals. “KBR aspires to be the leading provider for engineering services in mining and it’s growing its power business along with the port infrastructure associated with those sectors. The R&S acquisition also broadens KBR’s minerals exposure internationally.”

The integration process is almost complete. R&S engineers have been fully trained in KBR risk and commercial management requirements and procedures. KBR will share some of its global systems, which enhances the R&S portfolio, by backing it up with a strong KBR balance sheet. “We have captured a lot of synergies,” Wziontek said. “We see a terrific opportunity for integrating the R&S experience in bulk material handling into much larger projects than they would have taken on themselves. We see future potential for developing the port infrastructure business. Soros has a strong presence in that area.”

KBR plans to capitalize on Pit-to-Port-to-Plant opportunities. “As an example, we can assist a greenfield mining project with a feasibility study and mine development,” Wziontek said. “R&S can engineer the bulk material handling to a rail infrastructure. KBR can design the rail line to the port. Then R&S can engineer and design the port facility for ship loading. That’s the type of integrated solutions we will be able to provide.”

Striking a New Path for Coal 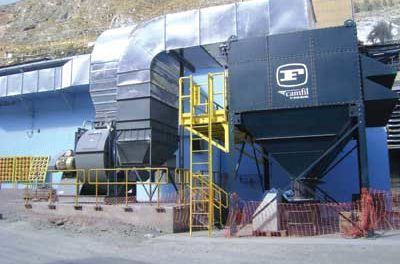 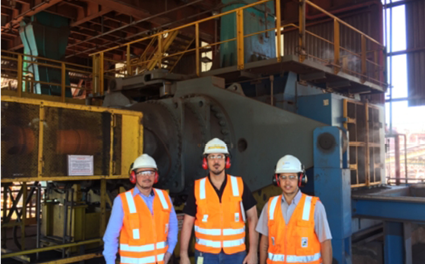