The Transition to Lower Emissions Strategies 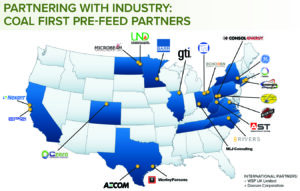 Researchers look to improve the design and efficiency of future plants

As society transitions toward a greener path, the coal industry will have to do the same. This transition could be good for the coal business if it plays its card right. If, for example, all the drivers in California purchased electric vehicles tomorrow, electricity demand would swell and the utility serving that area (PG&E) would likely have to purchase that additional power from another utility.

To take advantage of the increase electrical demand that could potentially develop, thermal coal suppliers will not only need to be present and profitable, but their customers, coal-fired power plants, will need to show that they can generate power as cleanly as possible. That usually boils down to an emissions reduction strategy. Beyond the investments they have made in last 20 years to reduce emissions by more than 90%, they will now have to make more investments targeting carbon dioxide (CO2).

In addition to financial support, those CO2-reducing technologies will require time for research and testing. Some of those CO2 reductions could be achieved by optimizing existing plants. Many believe the next step would be to transition to large high-efficiency, low-emissions (HELE) technology to generate power. Others, however, believe that future plants may need to be smaller and more modular. Longer-term though, the answer lies with carbon, capture, utilization and sequestration (CCUS), which has experienced limited success so far.

Despite the day-to-day coal bashing by environmental activists, power generators and researchers are making headway on several fronts.

The Best of the Best

During November at the POWER-GEN conference in New Orleans, La., Peabody Energy recognized the work of organizations and individuals to advance clean coal technologies with the company’s annual Global Clean Coal Leadership Awards.

Electric Power Research Institute (EPRI) was honored as the HELE Innovator. EPRI has long been a leader in the evaluation and development of HELE coal-fired generation, among its many research areas. EPRI’s leadership includes being the technical lead on the U.S. Department of Energy-funded advanced materials program, which has focused on developing, testing and validating novel metals needed to make advanced ultra-supercritical coal-fired plants a commercial reality.

The Carbon Utilization Research Council (CURC) was recognized as the Clean Coal Advocate. CURC has long been a leader in advocacy efforts with policymakers, NGOs and other stakeholders to ensure development of advanced fossil energy technologies is an integral part of the larger U.S. national energy strategy. CURC has provided technology development roadmaps, offered Congressional education on technologies, participated in Congressional hearings and played a critical role in the reform of the 45Q tax credit.

Professor Richard Axelbaum, Washington University in St. Louis was honored as the Clean Coal Educator. Professor Axelbaum has provided significant contributions to the field of combustion and the development of a novel coal-fired pressurized oxy-combustion power plant concept, and he has a vast understanding of both the fundamental and commercial aspects of advanced coal technologies.

The average coal-fired power plant today operates at 31% efficiency. The U.S. Department of Energy’s (DOE’s) National Energy Technology Laboratory (NETL) recently launched its Transformative Power Generation program, which aims to increase the efficiency of existing plants by 5% by 2022. This will be accomplished by improving the underlying technologies, components, systems, and operations within existing plants. DOE is supporting research in data and analytics, modeling and analysis, performance monitoring, and system design optimization. There is a renewed focus on instrumentation that could withstand severe conditions and provide valuable input for effective boiler and turbine operations. Artificial intelligence based on predictive maintenance of individual components such as turbine and fan blades, boiler tube failures, condenser cleanliness, and air-heater leakages would help in lowering the cost of operation.

The program is also focusing on developing small, flexible, low-emissions coal plant of the future to produce power at over 40% efficiency with load following and reduced startup time. Several innovative power generation concepts, including Coal FIRST, are on the verge of large-scale demos that could result in much more efficient coal-fired power plants.

Deployment of new coal plants, according to NETL, will require a different way of thinking and advances beyond the conventional utility-scale power plant that include state-of-the-art technologies as well as innovative approaches to design and construction. DOE’s Transformative Power Generation program aims to advance R&D in these technology areas to achieve, in partnership with industry, a pilot-scale power plant with these advanced approaches. DOE envisions future power plants that will possess many of the traits below: 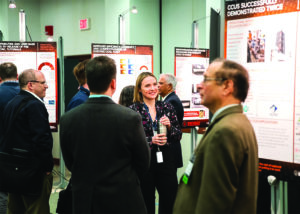 NETL recently shared its successes from 2019 with Congressional guests and university partners.

NETL recently shared its successes from 2019 with Congressional guests and university partners with its third annual Science & Technology Accomplishments Session, which was held during February at its Pittsburgh site. “This year, we showcased 42 achievements during an interactive poster session that highlighted our vital work to ensure affordable, reliable energy for all Americans,” said Dr. Brian Anderson, director, NETL. “Our team takes great pride in the Lab’s service to the nation and the benefit we provide by developing technology solutions to America’s energy challenges. The accomplishments — made possible through the dedication of NETL’s talented researchers and the expertise of project partners across the nation— focused on key research priorities to promote safe, reliable and affordable energy nationwide.”

One of those achievements is the Coal FIRST (Flexible, Innovative, Resilient, Small, Transformative) initiative, which will integrate critical R&D on power plant components with currently available technologies into a first-of-a-kind system to make coal-fired power plants more adaptive to the modern electrical grid. The plants would be small and modular, cost less to build, have near-zero emissions, and could be located strategically to provide extra stability to the grid. The smaller power plant of the future would provide highly efficient, cleaner, stable power to meet the needs of an ever-changing electricity grid.

Final conceptual design reports have been completed for all 13 Coal FIRST projects. Seven of the recipients are now working in the pre-front-end engineering and design phase of the project, which is expected to be complete in April 2020. This represents a significant step for the Coal FIRST initiative. Readers can view more of NETL’s recent accomplishments here: https://netl.doe.gov/accomplishments/2019.

Miner Training: How Prepared is the Class of 2010?

Exporting Coal to India — An Introduction to Today’s Ocean Realities