Both sides have a plan for the country’s coal resource; Kiev’s privatization plan creates unrest among organized labor, while the rebels embrace coal relying on Russian connections

The armed conflict in eastern Ukraine has broken the country’s coal industry into two parts: one is under control of the authorities in Kiev, and another one is under the control of pro-Russian rebels. By the end of November 2014, a large number of mines in the country had been closed. Many of them have been completely destroyed: they lie in the region ravaged by the war between Ukraine’s troops and separatist rebels. 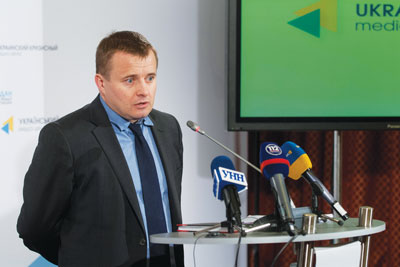 Vladimir Demchishin plans to close half of mines by 2018 and dismiss 27,000 miners. (Photo Credit: Energy and Coal Ministry of Ukraine)

After the cease-fire at the beginning of 2015, the authorities in Kiev and the leaders of the self-proclaimed republics announced the implementation of the strategies for the development of their respective parts of the country’s coal chain. The power plants and steel mills that consume coal are located mostly in distant metropolitan areas controlled by Kiev or Russia. Export facilities in the Crimea are now controlled by Russia. The prospects for the mines and the transportation infrastructure remain unclear. A large investment will be required to restore the mines. Before that can become a consideration, the geopolitical situation must be resolved.

Until recently, Ukraine was the third largest coal producer in Europe. It will probably never return to that level of production — 85 million metric tons (mt) in 2013. In general, the prospects of overcoming this crisis for coal producers remain as obscure as the prospects of ending the Ukraine conflict, as even the most ambitious plans for both sides can quickly unravel as hostilities resume.

Ukraine Will Cut Coal Industry by Half
In early March 2015, the problems of the Ukraine coal industry, in addition to the economics, gained social attention as 20,000 miners from the five coal-producing regions of the country walked off the job. The chairman of the Independent Trade Union of Miners of Ukraine Mikhail Volynets warned the authorities that if the industry’s problems were not resolved, another 10,000 miners would march on Kiev to protest, which would tarnish the image of the new Ukrainian government. And, they did.

About 20,000 coal miners in Ukraine launched strikes, protesting against the plans of the government and demanding the payment of salary. (Photo credit: Union of Miners of Ukraine)

Protest actions with several thousand miners took place April 21-24, 2015 at Independence Square, in front of the President’s residence. Unrest among miners has not stopped; regional protests are occurring weekly. As this edition of Coal Age was going to press, Lvyv Coal Company had blocked the Lviv-Rava-Russkay highway, demanding the payment of salary.

Most of the people employed by the Ukrainian coal industry have not received compensation since October 2014. The miners, however, are asking for more than salaries; they want Vladimir Demchishin, the Minister of Energy and Coal Industry of Ukraine, to resign. He announced plans to close half of mines and dismiss 27,000 miners by 2018; moreover, Demchishin has been criticized recently by political opponents and coal operators, who see him as incompetent.

Demchishin’s stark vision for the future of Ukraine’s coal industry consists of three steps. The first — and probably the most important — is the abandoning of any state support for coal producers. Last year, state support for the coal industry amounted to UAH 11 billion ($600 million). It’s estimated that 70%-80% of mines in the country are producing coal at a loss. The conditions of the agreement for monetary support in the form of loans from the International Monetary Fund (IMF) stipulate that the government should no longer subsidize loss-making industries.

The second step is the privatization of the mines, which are currently owned by the Ministry. Today it owns 35 mines. The government hopes to sell as many as 23 mines, while the remaining 12 would be closed. The government also hopes the new owners will invest the capital to modernize these mines. Demchishin stated that there are several preliminary investment agreements with some Chinese companies for as much as $3.6 billion.

The third and last step is coal chain optimization, which provides that the government would purchase coal for the lowest cost producer, or have the option to import coal if it’s available at a lower price. This would bankrupt almost half of the coal mines in the country, but it would improve the government’s balance sheet and it might lower electricity rates. The Energy Ministry estimates that, by 2018, this plan will reduce employment in the country’s coal industry from the current level of 52,000 to less than 25,000.

In 2014, Ukraine reduced coal production by 22% to 65 million mt compared to 2013, including the coal production at the territories controlled by pro-Russian rebels. Almost all forecasts say that this year’s drop would be more significant and coal production can decrease by more than one-third. Ukraine might produce 40 million mt in 2015.

Republics Adopting Separate Development Program
The optimization plans that the Kiev government is considering does not include any mines located in the territory controlled by pro-Russian rebels. The heads of the so-called Donetsk People’s Republic (DPR) and the Luhansk People’s Republic (LPR) previously stated that they want to sell coal to Ukraine Thermal Power Plants (TPP). Some Kiev politicians favor purchasing coal from the self-proclaimed republics, but the official Kiev government is afraid that the money will be diverted from the mines to support the rebels.

The future of almost all coal mines in the territories controlled by the pro-Russian rebels is clearly connected to geopolitical factors, especially decisions made in Kiev. Acting on their own, the leaders of the rebels in March 2015 published a coal development program for 2015.

The program in the DPR provided that unrecognized republics this year will produce 10.3 million mt of coal, according to the Ministry of Fuel and Energy Complex of the rebel republic Eduard Polyakov. He said that this is 3 million mt (or 41%) more than in 2014, and 5.4% greater than 2013, when the industry had not yet felt the impact of the fighting.

In 2015, Polyakov said coal mines in the Donbass (a region under DPR control) expect a 33% increase in development work, and they also expect to reduce dilution (ash content) of coal by 1.9%. It is expected that this measure will increase the value of the coal produced by about 4%, so mines this year will receive additional UAH 250 million ($10.5 million) if they can sell this coal to somebody.

The biggest problem for the coal industry in the self-proclaimed republic is that it cannot legally export coal. The mines cannot even sell coal to Russia, which is supporting the rebels, as Russian customs simply cannot legally accept cargo not passed through Ukrainian customs. Ironically, all of the customs offices in the region are controlled by the rebels. There are already large stocks of coal at the warehouses throughout the region, and it is unclear where it finally will go.

The strategy for coal industry development in rebel republics has another option. A special scheme has been developed which involves transporting coal to the Russian port Taganrog and its further supply via the Azov and Black Seas to the Middle East, in particular to Iran, Turkey and North Africa. The idea is not as outrageous as it seems, as these countries have previously purchased coal from the Donbass mines and lost the ability to do it just several months ago. 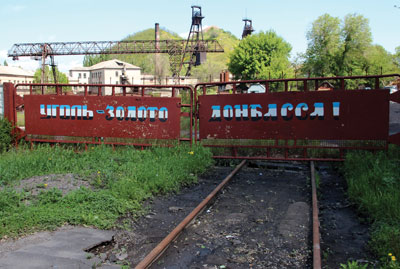 The gate of one of the coal mines in Donetsk Oblast. The sign translates to “Coal is the gold of Donbass.” (Photo credit: coal mine Belozerskay)

According to the head of the Industry Development Agency in the government of DPR Yevgeny Lavrenov, there are dozens of enterprises in these countries, which have been constructed by the Soviet Union, where the steel or power production processes require the use of coal with similar characteristics as those produced in the Donbass.

Russian analysts believe that there is a possibility that such coal-supply agreements could really be concluded in the near term. Some companies, depending on what happens between the U.S. and Iran, may not even hide it. The first vice-president of the Russian Union of Engineers Ivan Andrievsky said that the rebels’ republics today have enough political power to negotiate with Iran, Turkey and North Africa for the sale of at least 2 million mt of coal annually.

According to Andrievsky, this issue will be crucial in the actions of the leaders of self-proclaimed republics as coal production over the recent decades was the economic mainstay of Donbass region. Without a coal industry, these regions now have no chance to survive the current crisis and continue with their struggle for sovereignty.

Moreover, experts coal mines at the rebel republics will likely conclude non-official agreements this year and sell coal to Russian companies, which will further supply it for export under the guise of Russian-origin coal. Obviously, this scheme would be completely illegal and may result in the introduction of further sanctions against some Russian companies, but the option still remains possible, given the fact that in general, Russian politics became slightly adventurous last year. 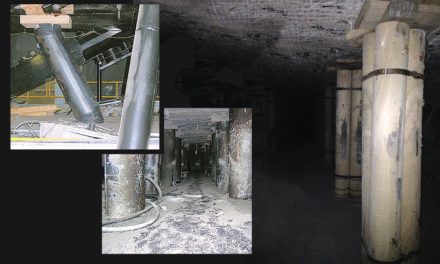 The Coal Industry Prepares to Extend the 2017 Recovery