The hallmark of most highly-successful companies is the ability to adapt to change. Though it might seem daunting just to maintain the status quo in today’s challenging business environment, the truth is, “good enough” simply isn’t good enough any longer. Companies must evolve just as the landscape around them does.

Case in point: when confronted with a change in regulatory policy affecting how its stockpiles could be verified, coal mining operations in central Alabama demanded immediate compliance from the engineering firms that oversee that activity for them. Those firms had a serious decision to make: find a way to meet the customer’s new demands or risk losing that part of their business (or worse yet, losing the customer altogether).

For PERC Engineering, which counts several mine and quarry operators as some of its most key clients, that scenario was real and its decision was gutsy. The firm supplemented its traditional surveying strengths with a new GLS-1000 laser scanner from Topcon Positioning Systems. The result has been a new component to its business, additional market possibilities and, most importantly, a satisfied customer.

Getting the Numbers
Founded in 1981 with a staff of five, PERC Engineering (the acronym originally stood for Permitting, Engineering, Reclamation and Consulting) has grown to between 40 and 50 personnel, and offers a broad range of services covering everything from civil engineering, to testing, surveying, and mine engineering. According to 26-year veteran Lynell Early, the company’s vice president of surveying, doing work of one kind or another for area mines has been a big part of the company’s focus for a long time.

“The Warrior coalfield runs through this area and, as a result, has spawned a number of coal companies which have managed to remain operational, even in these tough times,” Early said. “We provide a number of services for the mines—as well as for area limestone and aggregate quarries—one of which is verifying onsite inventories. That can include piles of material that have already been mined or quarried, or material that remains in place awaiting such action.”

Early said there are alternative methods to verification, such as tracking volumes as they leave a site by truck, or relying upon aerial photography.

“The mine operator could weigh each truck as it leaves, but that’s inefficient and it would be far too costly to slow them down for weighing. Aerial photography can be a bit on the costly side as well but, more importantly, it puts the operator totally at the mercy of the weather. If the site is clouded in, there’s simply no chance of an aerial photo taking place. So, many of the operators turned to engineering firms like us to survey the piles or benches and give them their numbers. And that’s what we did for a lot of years.”

Changing Their Mines
The change in practice at PERC’s clients operations was the result of a mandate from the Mine Safety and Health Administration (MSHA) which said mine operators had to ensure the safety of any personnel walking on piles of material which had reclaim tunnels beneath them. According to Early, traditional surveying of a client’s material piles—many of which did, in fact, have tunnels beneath them—couldn’t be done without walking the piles.

“We looked at a number of alternative ways to stay with the traditional surveying approach while, at the same time, complying with the MSHA mandate,” Early said. “But, they were either too cumbersome or too slow. Fortunately for us, we’d been regularly attending seminars our equipment supplier, Earl Dudley Inc. in Birmingham, had been putting on, several of which covered the use of Topcon’s GLS-1000 Laser Scanner. We didn’t know it at the time, but we were looking at the tool that would help us meet our customer’s needs and MSHA’s challenge.”

By nature of what it is designed to do, Topcon’s GLS-1000 was a perfect fit for PERC Engineering’s needs. The unit sends out a laser beam that captures data at 3,000 points per second at a range of 500 ft to a typical surface, and can offer an extended range to 1,100 ft for more reflective surfaces. The result of scanning is a dense “point cloud” that can be post-processed to yield three-dimensional [x, y, z] models of the object or surface being scanned.

“It was exactly what we needed; we couldn’t wait to get familiar with it and put it to work in the field,” Early said.

Points for Overkill
If any single phrase can sum up PERC Engineering’s first real effort with the GLS-1000 it would be “too much of a good thing.” Early said Earl Dudley’s people were outstanding in getting them up and running, and PERC personnel themselves experimented with the unit a fair amount in and near the office before heading out to a jobsite. Nothing, however, prepared them for what they would do in a real work-based situation.

“The first time we went to an operator’s site, we shot a stone pile which was about 1,000 ft in length,” Early said. “Using standard surveying techniques, we would normally generate anywhere from 1,500 to 2,000 points. Using the GLS-1000, and 10 separate scans, we got more than 5 million. While that was impressive, we realized we had to deal with managing that many points to create our model. We quickly found that there’s no reason for millions of points when far fewer will do just fine. Now, we generally do no more than seven scans which gives us about 400,000 points and a nice manageable point cloud.”
It Just Gets Better
While there is more in-office time spent manipulating the data after the scan (compared to a traditional surveying approach), Early said there’s no denying the fact that the laser scanner produces both a better product and real, measurable savings.

“On an application like this [volume verification], the accuracy is far better with the scanner than what we could do otherwise,” Early said. “We are actually getting the shape of the pile; if it gradually curves, we get that. There is no doubt in my mind we are getting a more representative reading of what’s there than if we were out there with a stick.”

It’s important to note that, while a number of other laser scanners available today present a risk of damage to workers’ eyesight, such is not the case with the GLS-1000, according to Topcon’s Laser Scanner Sales Manager, Fred Moser.

“The GLS-1000 uses an invisible, Class-1, eye-safe laser during operation,” Moser said. “It’s ideal, given the amount of personnel traffic present in a mine or quarry during daily operation—and the reluctance on the part of a firm like PERC to disrupt the operation for scanning. This is a huge feature on a unit that, when compared with others available, is very affordable.”

As to savings, Early said, in mining applications alone, they can now do the same amount of work with three men as they used to do with three crews. “And we are continually bringing the ‘office time’ down as our people become more and more proficient with the ScanMaster software at cleaning up the point clouds, stitching together files to create the models, and so on,” Early said.

“What’s important is that we are confident the savings in field time will allow us to get and do more work without adding more people. That’s a benefit we hadn’t foreseen.”

Yes We Scan
As impressive as PERC Engineering’s experience with the GLS-1000 has been to date, Early said they feel they have only scratched the surface with regards to how they can benefit from it.

“We see a lot of different uses for the scanner in our future in addition to the work we already have,” Early said. “For example, we used it on a project in which a customer suspected that a high-tension tower was subsiding because of mining activities beneath it. So we scanned the tower before the mining activity and then again a month later and presented the findings to our customer. It was determined that one of the anchors had moved, resulting in a minimal twist of the tower of about 6- or 7-inches. Just to be able to give them a representative 3-D model of the results was really a feather in our cap.”

Other potential uses for the GLS-1000 that Early envisions for PERC include use in highway construction projects, utility installation projects, improvements in commercial properties and as part of a municipal GIS effort.

“Initially we were intimidated by the thought of managing the data—that was one of the biggest reasons we hadn’t jumped on board with laser scanning sooner. Now that we have a decent handle on working with point clouds, we will look at every scanning job we can get. Being the first in this area to use this technology, we’ve definitely raised some eyebrows. It’s a lot like when GPS first hit the market; everyone, including us, was a bit skeptical, a little gun-shy. In fact, before we purchased our first Topcon receiver and signed onto Earl Dudley’s iNET network, we used to hire a Florida firm to do our GPS. But as time went on we embraced the technology and now it’s just the way business is done. We see the same thing happening with scanning and we’re glad to have gotten into it when we did.”

This article was commissioned by TopCon Positioning Systems. Trojak is a freelance writer based in Ham Lake, Minn. He can be reached at (763) 434-2187 (E-mail: trojak@comcast.net)

The Selection Pool Deepens for Submersibles 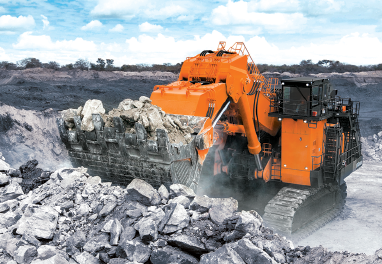 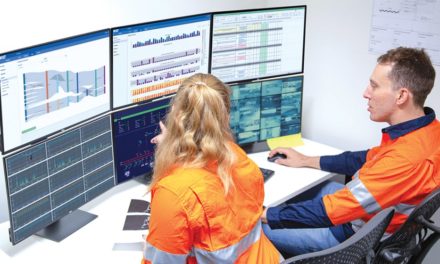