Mining the Sewickley Coal Seam: A Study in Mine Ground Control

The Sewickley is a rich coal seam that lies 70-130 ft (21.34-39.62 m) above the Pittsburgh coal seam in Southwestern Pennsylvania. From a ground control perspective, the seam has proven very difficult to mine because of the complex and varying ground control issues that are present. These issues have been identified to include: (1) seam interaction stress induced by remnant pillars and gob areas left below in the Pittsburgh seam; (2) localized horizontal stress generated by steep surface stream valleys; (3) rapid changes in overburden depth; (4) sandstone in the immediate roof that changes in thickness and proximity to the coal seam; and (5) interburden thickness changes between the Sewickley and Pittsburgh seams.

This article will detail the ground control issues and control methods that have been implemented including use of the “Roof Instability Rating (RIR)” system. The RIR system has accurately predicted and mapped potential unstable ground condition areas allowing for the implementation of appropriate support, improving safety and reducing costs.

Entry stability is paramount in ensuring mine safety and efficient operation. Due to the increasing energy demand, more and more mines have to operate under adverse conditions due to deeper overburden and multiple-seam influences.

Dana Mining Co’s Four West mine has been successively mining the Sewickley seam for more than six years while experiencing significant ground control problems, such as roof falls and/or roof cutter, rib sloughage and floor heave. Because of the natural geological deposition and mountainous topography, Four West has persistently mined through complex and ever-changing mining conditions such as multiple-seam interaction from undermining, sandstone intrusion and localized horizontal stress. The turning point of the roof support effectiveness was the change from non-tensioned to a tensioned primary and supplemental bolting system. The Four West roof support history indicates that tensioned primary and supplemental support is consistently reliable and more effective in stabilizing the roof.

The major factors contributing to Four West’s success in mining the Sewickley seam are:

The major factors adversely influencing ground stability have been identified as: underground roof strata deposition including sandstone intrusions, stream valley influence, overburden depth, and the dominant factor being the seam interaction caused by remnant pillars/gob in the Pittsburgh No. 8 seam.

Underground Roof Strata Deposition: A typical stratigraphic column of Four West is shown in Figure 1. The first 30 ft (9.14 m) of Sewickley seam roof consists mainly of varied thicknesses of laminated shale and sandstone. The roof fall and support history suggests that a tensioned bolting system could successfully control this type of roof condition.

Underground examination and video-scope data indicates that discontinuities, such as naturally irregular joints and/or slickensides (Figures 3 and 4), adversely intersect the roof and reduce the action area of a single bolt, thus weakening the roof’s integrity. When the roof experiences a stress concentration caused either by localized horizontal stress and/or seam interaction, roof failure might occur.

Stream Valley and Overburden Depth: The three-dimensional surface topography as generated from the surface contours is shown in Figure 2. As shown, the mine is under a mountainous area with numerous steep stream/valleys, various overburden depths, and potential high localized horizontal stress zones. The average differential between the mountain summit and valley bottom is approximately 300 ft (91.44 m). Past mining experience indicates that entries underneath the bottom of a v-shaped valley are usually adversely influenced by localized horizontal stress. The roof fall history indicates that when the overburden is greater than 500 ft (152.4 m), stress concentrations would occur at the v-shaped valley bottom thus inducing roof falls if sufficient roof support was not provided.

Analysis of Interaction Stress
To analyze and better understand the interaction mechanism, a computer numerical model was established based on the stratigraphic column. The interburden between the Sewickley and Pittsburgh No. 8 seams is 120 ft (36.58 m). The width of the remnant pillar is 100 ft (30.48 m) with both sides mined out with an average mining height of 7 ft (2.13 m). The gob width is 300 ft (91.44 m) in this model. The vertical stress distribution across the model is shown in Figure 4. Three vertical monitoring lines were established to examine the vertical stresses from the surface to the Pittsburgh No. 8 seam floor at the gob center, remnant pillar edge and remnant pillar center. It can be seen from Figure 4 that stress concentrations occur around the remnant pillar and propagate to the roof of Sewickley seam. Above the gob and close to the Sewickley seam, a tension zone occurs, with the strata above the gob under a much lower stress.

From the subsidence point of view, the Sewickley seam roof and floor at Mine A are within the fracture zone developed by the under-mining (24-60 x h, h is the mining height, 7 ft (2.13 m) in this case). Essentially, the roof and floor strata experience a mining disturbance twice. After decades of under-mining, rock layers within the fracture and caved zones might be compact, reaching new stress equilibrium and retaining certain residual tension around the remnant pillars. When upper-mining in the Sewickley seam is in the vicinity of stress concentration around the remnant pillar, severe damage on the floor, rib and roof can be expected.

Roof Instability Rating Analysis
When experiencing multiple adverse factors affecting entry stability, it would be greatly instructive to predict and delineate roof conditions based on identified factors contributing to the roof instability. The Roof Instability Rating (RIR) analysis is an effective methodology that integrates factors pertaining to entry stability with different weighting factors, geological data and roof failure history, and it has been successfully applied at many mining operations.

At Four West, the identified factors contributing to the roof instability and used in the RIR analysis are sandstone thickness and interval, overburden depth, stream valley effect, interburden thickness between the Sewickley and Pittsburgh No. 8 seams, and large underlying pillar. The RIR rating is calculated by the following equation:

Where, w1, w2, w3, w4 and w5 are the weighting factors of SR (sandstone rating), SVR (stream valley rating), ODR (overburden depth rating), ITR (interburden thickness rating), and RPR (remnant pillar rating) respectively. The corresponding weighting value for each factor is calibrated and assigned in terms of mine roof failure historical cases and geological analysis. The RIR ranges from 0 – 100. The higher the RIR value, the more unstable the roof.

The RIR analysis distribution across the current mine property is shown in Figure 8. The RIR can be approximately divided into three groups based on roof fall history calibration:

The mine history and experience has shown that the RIR distribution is very accurate in predicting ground conditions. However, the RIR does not predict localized geologic anomalies such as slips, slickensides, horsebacks, etc. Further, in terms of predicting seam interaction from mining below, the RIR is highly dependent on the accuracy of the undermining maps. As an aid to mine personnel, the RIR is updated on a regular basis as mining proceeds and new drill hole data becomes available. The mapping (Figure 8) is then superimposed on the mine map for mine personnel to review and become aware of upcoming potential changes in conditions.

Optimization of the Ground Control
The strategy of optimizing the roof support system is to choose/modify the optimal bolt type based on duly identified roof stability factors. Historically, the significant improvement in ground control at Four West was changing from non-tensioned to tensioned bolting systems (primary and supplemental). The major advantages of the tensioned bolting system are the enhanced beaming effect/self-support competence and providing a much higher stiffness and resistance to the initial roof movement. The progression of changes involving primary bolts included going from non-tensioned rebar to a threaded torque/tension rebar, and eventually to a fully tensioned InStal bolt with expansion shell and resin.

For supplemental support, initially non-tensioned cable bolts were used. To provide tension to the cable bolt, a change was made to the Post-Tensioned (PT) cable bolt. However, due to the low mining height, slow installation and ground control requirements, the tensioned PT cable bolts were replaced by low profile InStal CC cable bolts. The application of InStal CC cable bolts not only eliminated injuries from the PT cable tail, it also further enhanced the beam effect by providing compression on the lower strata while suspending on the top. This cable bolt system combines both the beam building and suspension mechanism by use of a specially designed expansion shell and threaded tube assembly that is attached to the lower part of the cable. It was found that this cable bolt provided a higher and more consistent installed tension with a quicker installation time. Correlating with previous research and analysis, it was found that by applying a higher bolt tension to the lower part of the strata, a stronger and more stable beaming effect was obtained. This type of tensioned cable bolt has proven very effective as supplemental support in difficult ground conditions.

In addition to the primary and supplemental bolting changes, other ground control measures implemented (especially in areas where undermining remnant pillar(s) are identified) include: (1) increasing pillar size, (2) where possible replacing four-way with three-way intersections, (3) minimizing entry width, and (4) shifting mine projections to avoid the remnant pillar(s) influence.

Summary
Past mining and ground control experiences at Four West suggest that it is critical to obtain timely geological information, analyze borehole data, conduct periodic roof video-scoping, maintain awareness of remnant pillar/gob locations in the Pittsburgh No. 8 seam, and be diligent in careful observation and analysis of exposed rocks. The final step in this process is to implement the proper ground control and ensure entry stability.

Mining the Sewickley Seam at Four West has been a challenge and significant ground control experience has been learned by mine management. The application of the Roof Instability Rating (RIR) analysis has provided mine management a powerful tool in their efforts to predict ground conditions and, along with other ground control measures, apply the appropriate support improving mine safety, efficiency and cost effectiveness. 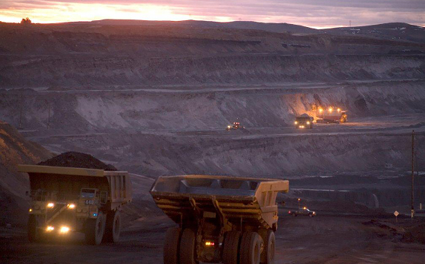 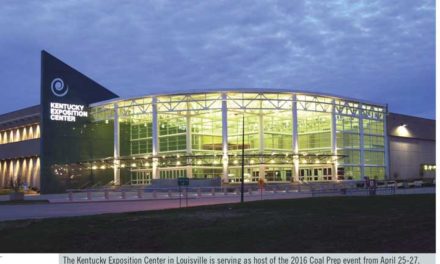 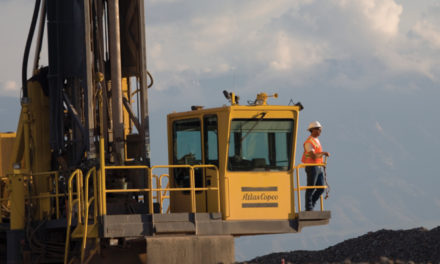