Continued armed conflict in the eastern regions of Ukraine has brought great losses to the coal industry; in fact, this year the country may face acute energy shortages. The country’s government already admits that the situation is critical. Ultimately, Ukraine may lose its position as a coal exporter and it might also have to allocate up to $700 million to import coal.

Since military actions began in the Donbass, Ukraine’s largest coal region, coal production has declined every month, according to the Ministry of Energy and Coal of Ukraine.

In addition, Ukraine’s coal industry faces difficult logistical problems. Most of Donbass production cannot be supplied to the central parts of the country as well as to the thermal power plants as rail operations have ceased. Many roads and bridges have been damaged or completely destroyed in battles between Ukraine troops and rebels.

So, in mid-August and due to the fighting, one of the largest mines in Donetsk Oblast, Komsomolets Donbas near Kirovsk, was de-energized. Normally the operation produced 4 million metric tons (mt) of coal per year, about 8% of Ukraine’s total coal production. A number of miners have been killed and injured, and about 30 miners who were trapped at the mine due to fighting were eventually freed. Miners from neighboring operations are understandably refusing to report to work.

“As of today, there are nine mines flooded in Donbass,” said Anton Kovalishin, a spokesman for the anti-crisis staff of DTEK (Donbass Fuel-Energy Co.). “About half of the mines in the Donbass today are not engaged in the extraction of coal, so there are about 65,000 miners who have temporarily lost their jobs.” Even after the fighting ends, production will not resume until the water can be pumped down.

“Coal mines in Donbass are working erratically: they stop or resume production depending on the availability of electricity and on how close military operations are taking place,” said Mykhailo Volynets, leader of Ukraine’s Independent Miners’ Union.

“There are production problems related to coal mining and there are transportation issues,” said Sergey Pikin, director of the Energy Development Fund. “A large portion of the current transport infrastructure has been blown away and cannot be used to move coal within the country.”

Energy Crisis Forecast
The current situation has already forced Ukraine’s Cabinet of Ministers to introduce a state of emergency for electricity generation. The measure, a force majeure of sorts, protects producers who can’t supply coal according to the regulations of the energy market, explained Energy Minister Yuriy Prodan. He warned that, in the near future, the situation might cause restrictions on the export of electricity and energy from Ukraine, which means that the country soon may place a ban on any export of coal.

“The law gives us such right, but in what amounts [we will need coal] and how we decide to do this, will depend on the development of the situation and the supplies of domestic coal at the country’s TPP,” said Prodan.
In July, coal mining in Ukraine fell by almost 22% year-on-year because of the situation in the Donbass — up to 5.6 million mt. For the first seven months of the year, the mines in the Donetsk Oblast produced 20.2 million mt of coal; the Luhansk mine produced about 14 million mt. Luhansk and Donetsk Oblast account for 80% of all coal mining in Ukraine.

Experts also warn that actual figures don’t correspond to the real problems in coal mining as the most serious losses faced the illegal mines, which Ukrainians refer to as “Copanka.” According to various estimates, the share of illegal mining in the total structure of coal production may amount to as much as 30-40%.

“In Donetsk, all mining has stopped. It is impossible to work under current conditions. The situation is killing the Donbass coal industry — there is no energy, no fuel and the mines so far are preserved,” said Mikhail Krylov, chairman of the Donetsk Independent Miners’ Union.

CEO of DTEK Maxim Timchenko also added, “The current coal reserves at the stations will last for about a month, but because of the fighting it is impossible to replenish them.”

“To date, remaining coal stocks are at catastrophic levels. They are not even enough to provide electricity to the social sphere. In addition, there are alarming signals from the Donbass that most of the mines, where the coal is mined, before the heating season will not be able to provide sufficient volume in the absence of normal operating conditions,” said Vladimir Olejnik, a Ukraine Parliamentarian, in the group for peace and stability.

Ukraine Will Have to Import Coal
To avoid energy collapse, the Ukrainian authorities have only one way out: to begin importing coal. “Ukraine will have to look for another coal source and alternate transportation corridors for its delivery to the power stations. There are no problems with coal in the world, there is even a surplus, so the price is appropriate,” said Pikin.

The Cabinet of Ministers of Ukraine has already entered negotiations with Poland, Indonesia, South Africa, Colombia and several other countries for the purchase of thermal coal, according to representatives of the Ukraine Ministry of Energy.

In total, Ukraine plans to allocate $450-700 million until the end of the year to import coal to meet TPP needs, per a report of the State Information and Analysis Center Monitoring International Commodity Markets (Gosvneshinform). Approximate estimates indicate the country TPP consumes 37.6 million mt of thermal coal per year. The allocated money will be enough to import of about 9 million mt of coal, but it is not clear if this amount will be able to fully meet the country’s energy demand.

The Ukraine Ministry of Energy and Mining expects that the price of coal will be between $85/mt-$95/mt with all transport expenses. “Coal supplies to Ukraine may be launched from Colombia, Poland, the U.S., South Africa, Australia, Indonesia and Vietnam, which is one of the largest global suppliers of anthracite. It is also possible to obtain coal supplies from warehouses of the ports of northwestern Europe,” ministry representatives said. It’s noteworthy that Ukraine is not considering supplies from Russia, which could have lower prices due to fewer logistical costs.

In addition, the agency reported that coal imports may take place through the Yuzhny port, which has recently increased its bottom depth from 14.5 to 18.5 m to allow the arrival and departure of vessels with deadweight more than 150,000 mt and, by the end of the year, with deadweight of 200,000 mt or more. With the losses of Crimean ports, which are now controlled by Russian authorities, this is, in fact, the only one way for Ukraine to receive the large shipments of coal from abroad.

Large supplies of coal to Ukraine may also be received via railway. The country is currently considering signing major trade contracts with the largest Polish coal producers to purchase energy coal.

“Also from Poland, the deliveries of coal by rail can be launched. We have already been using that for several years with the import of coking coal, which was being used for the needs of metallurgists. In addition, in May of this year, the largest European manufacturer of coal, Polish Kompania Weglowa, announced its plans to export about 4.5 million mt of coal from its warehouses,” added representatives of Gosvneshinform.

Ultimately, the large import of coal may bring great losses to the country’s budget, which is currently suffering an acute lack of money. The main reason for such forecasts is the fall of the value of the country currency, hrivnya, which since the beginning of the year has dropped by 40% against the dollar and euro, and continues to fall.

“The exhange rate of hryvnia is falling, and the money collected in the form of higher tariffs for electricity and heat is quickly depreciating, and suppliers will demand payment of coal either in dollars or euros. This is another difficulty the Ukraine authorities will face,” said Pikin. 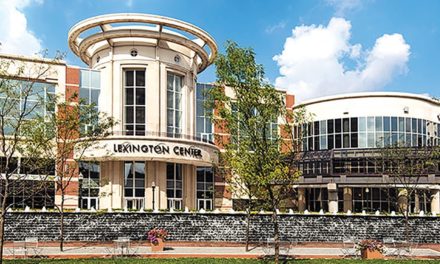