Pittsburgh, the City of Bridges known so well for its long and historical ties to coal mining, use and transport, is once again playing host to the biennial Longwall USA Exhibition and Conference from June 16-18.

The David L. Lawrence Convention Center will again open its doors to the coal community for this decades-old gathering, which this year will focus more than ever on operating the nation’s mines more efficiently, cost effectively and safely.

Organized in a three-day format, Longwall USA has become the largest equipment trade show geared specifically toward underground coal mining, attracting both domestic and international exhibitors and sponsors as well as offering networking opportunities with individuals from across the globe.

John Murphy, chair of the event’s 20-person planning committee, said that the group has been working hard since shortly after the close of the 2013 gathering to create a diverse and technically cutting-edge schedule. This year’s keynote presentation exemplifies that goal, with National Mining Association President and CEO Hal Quinn speaking on “The Changing Political Landscape in Washington and Its Impact on U.S. Coal” on June 17 at noon during the keynote luncheon (see below).

The technical sessions are brimming with ideas from both national and international experts on a variety of topics, from work being done by NIOSH and MSHA in the health and safety arena to a special longwall risk management discussion by University of Utah professors Thomas Hethmon and Michael Nelson — and that is just the itinerary for the first group of speakers on Tuesday.

Session 2: Updates on Policy and Technology, will kick off the afternoon of June 16 and plans to offer a global view of coal today and going forward. One international speaker planned is Peabody Energy Australia COO George Schuller, who will present “Australian Mining Challenges and Opportunities and Our Place in the International Arena.”

The third group of talks, making up the morning session for June 17, is themed “Longwall Operations Design and Management” and includes three executives from across some of coal’s largest operators. Longwall leaders from AngloAmerican, Signal Peak Energy and CONSOL Energy will talk about their operations and share their experiences.

Session 4 is an exciting addition to the Longwall USA schedule, according to Murphy, as it brings together top experts from the coal community for a panel discussion that tackles today’s issues right at the core. “Where We Are, and Where Do We Go From Here?” will be moderated by international longwall mining authority Harry Martin. It will close the afternoon sessions on Wednesday, June 17.

“Removing Production Impediments,” the fifth and final session of talks, will begin at 9 a.m. on June 18, the event’s last day. It includes five speakers from the operations, supply and legal perspectives, including “Simulation-Based Continuous Miner Production Training” by Alpha Natural Resources’ Joey Kennedy. The legal side of the industry will be approached by Peacock Keller’s Andrew Chumney, who will discuss gas issues in longwall mining, and also on the gas side will be Matt Yearsley from Target Drilling with “Comprehensive Longwall Degasification and MegneStar MWDTM.”

When not learning, networking or taking in the newest products and services on the show floor at Longwall USA, attendees can relax and have a drink with peers at an evening Pittsburgh Pirates baseball game at nearby PNC Park, which offers a stellar view of the city and its rivers. First pitch of the game is at 7:05 p.m. on Tuesday, June 16.

Murphy said that he was pleased with the work of the program planning committee, which includes representation from all sides and sectors of the industry.

“The program addresses the important aspects of longwall design and operations, and includes presentations from domestic and international experts. We look forward to another exciting meeting, and are excited to welcome thousands to what has become one of premier events addressing longwall mining.”

The Changing Political Landscape in Washington and Its Impact on U.S. Coal

With the political tides changing in Washington, particularly as we move rapidly into an election year in 2016, Quinn will take a look at what impact has been and will be had on U.S coal operators as well as the NMA’s efforts to fight federal regulatory overreach. He will also offer his insight as to whether that attitude toward coal will continue as we near the next elections.

Longwall Automation: Ambition Across the Years and the Hemispheres
By Steve Bessinger, AngloAmerican Coal, and James Sudworth, Joy Global

SESSION 4: PANEL DISCUSSION — WHERE WE ARE, AND WHERE WE GO FROM HERE?
Wednesday, June 17, 2015, 2-3:30 p.m.
Moderator: Harry Martin, International Longwall Mining Expert 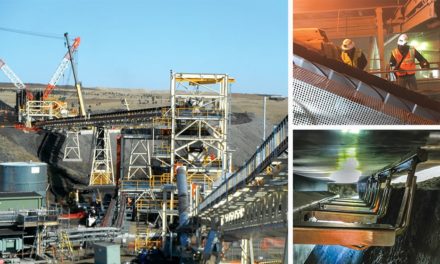