Last year, the U.S. coal operators that remained in business met expectations despite transportation issues in the West and declining export markets in the East. For 2015, U.S. coal markets will strive to sustain the mediocre level of growth the industry experienced last year, which is good news for an industry starved for positive signs.

Spot prices for eastern U.S. coals dropped toward the end of 2014. With natural gas prices sitting at relatively low levels, a mild winter could spell problems for the coal business. Oil prices plummeted in 2014, which could improve margins for coal operators, especially those in the surface mining sector. Natural gas prices, however, are linked to oil and coal prices are linked to gas prices.

Equities traded on the New York Stock Exchange remain at historically high levels. The U.S. economy has improved — as far as job creation from the manufacturing and construction sectors. That improvement has yet to manifest itself in the form of power demand. Utility consumption of coal in 2014 was ahead of where it was in 2013, but nowhere near the highs seen in the last seven years. 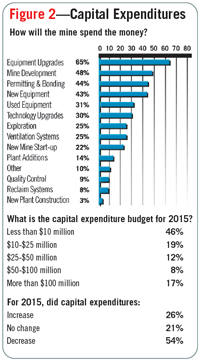 From a regulatory standpoint, nothing has changed. Logically, if coal can’t compete in a low-cost oil environment, the cost to produce renewable energy will look even more ridiculous. Logic in Washington is in short supply. Decisions are made based on rhetoric from environmental activists rather than science. The Environmental Protection Agency (EPA) has put future coal-fired plants in jeopardy and is now clamping down on existing coal-fired power plants. Even though the Republicans took control of Congress during November mid-term elections, the damage is done.

Every January, Coal Age publishes its Annual Forecast, based on a survey of its readership. The informal study gives an assessment of the current market situation, as well as the state of mind among coal operators. Based on that information, and data from the leading coal companies, the Energy Information Administration (EIA) and the Edison Electric Institute, Coal Age tries to make an informed projection about future market trends.

In addition to supply and demand fundamentals, the survey asked coal operators about their feelings, the amount of money they plan to spend this year, and how they intend to spend it. Considering the headwinds they face, it would be hard to describe them as happy. A down market, however, is nothing new to these miners. They are more pessimistic than they were last year. More of them have less money to spend on capital projects this year.

The survey also asked them to rank issues affecting the industry. A similar open-ended question, designed to identify possible overlooked issues, elicited an overwhelmingly similar set of responses that singled out the Obama Administration, the EPA and other federal agencies as anti-coal. They are hostile toward the Obama Administration and they are saddened by a lack of a policy from Washington on energy.

INVESTMENTS ARE BEING MADE TO REDUCE OPERATING COSTS

Coal Age contacted 500 coal executives and received 118 completed surveys. The demographics largely resemble the U.S. coal industry. The majority of them (61%) produced bituminous coal. Subbituminous, lignite and anthracite accounted for 26%, 8% and 7%, respectively. The number of anthracite-related responses doubled. As far as production capacity, most of the respondents represented large mine operators (more than 5 million tons, 47%), followed by medium (1-5 million tons, 30%) and small (less than 1 million tons, 22%); 42% described themselves as surface coal operators exclusively, while 41% said they only operated underground mines. The remainder (17%) said they worked for a company that mined coal using both surface and underground techniques. Similar to years past, most of the respondents said their coal went to electric utilities (78%). The remainder said their coal was destined for steel mills (14%) or industrial boilers (8%). Steam coal is the overwhelming use for the majority of U.S. coal production.

Going into 2015, less coal operators are pessimistic than last year. A total of 54% (vs. 60% last year) described their attitude as negative, while the same amount (18%) were more optimistic. Last year, 22% said they were ambivalent, and that number grew to 28%. So the pessimism has softened somewhat this year.

A question regarding productive capacity also showed a moderating attitude (see Figure 4). A total of 65% of the respondents thought their mines would run at less than 90%, which is down from from last year, but not as bad as 2013. A couple of conclusions can be drawn: mine are operating below capacity until demand returns; operators are holding back on some more valuable coals, such as metallurgical products, for better prices; and transportation issues are limiting some production.

Coal mining is a capital-intensive business. For 2015, more than half of the respondents (54%) said their capital budgets would decrease, which was down slightly from last year (56%). Only 26% reported a capital budget increase, a slightly positive sign compared to 24% last year. The amount seeing it stay the same stayed the same: 21% vs. 20% last year.

Coal operators are frustrated. When asked: What will affect the U.S. coal industry the most and how should it prepare? Many of the responses cited cited cheap natural gas, the EPA and the Obama Administration. A large group mentioned prices and global economics. Many had constructive ideas on how to prepare. A sampling of several of the responses, which were fit for publication, are offered anonymously on page 23.

When asked about what specific issues will affect the coal industry most in 2015, politics and policy and power plant regulation scored the same (4.5/5) as the leading concerns. Coal prices remained ahead of the economy. Reading between the lines, the miners are saying that prices and the economy do not matter if their customers are not allowed to burn coal. Limited production capacity was the least of their concerns. 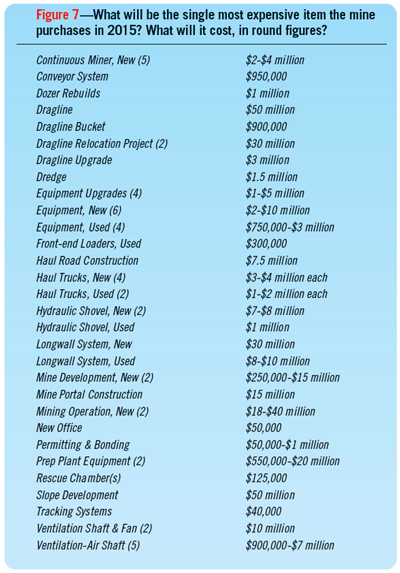 An 8 million increase in production on 1 billion tons seems insignificant, especially when taken out of context. If one considers the 80-million-ton decline between 2011 and 2012 and the 32-million-ton drop between 2012 and 2013, it might be safe to say the industry has stabilized at a new norm of around 1 billion tons.

The American economy is powered by electricity, and electrical demand will only increase significantly when America experiences a true economic recovery and the manufacturing sector begins to grow again. In the meantime, utilities have excess capacity and they can play the spot market to hold costs down for their customers, pitting regional coal operators against each other and natural gas. In some areas the competition between coal and gas is more pronounced.

At the end of September (latest stats available), coal stockpiles at utilities stood at 124 million tons, a historically low level. Throughout 2013, inventories remained at 150 million tons or more. During 2014, power providers drew down stocks to as low as 118 million tons in March.

For the most part, prices for prompt delivery of coal (spot prices) have reacted as one would expect. CAPP and NAPP spot coal prices trended downwards on weak demand. PRB spot coal prices trended upwards, while ILB and Western Bituminous spot coal prices remained about the same. For December 2014 spot prices for NAPP coal declined $2.70/ton to $65.30/ton over the same period as last year. CAPP prices were down $7.48/ton to $56.10/ton; ILB $44.70/ton vs. $46.15/ton last year. Prompt prices for PRB had increased slightly to $11.55/ton from $11.50/ton. Western bituminous gained a little, $37.75/ton vs. $35.95/ton last year.

With a significant amount of excess capacity and customers rebuilding stockpiles, total PRB production could grow 6% (or 24 million tons) given a positive pricing climate. The ILB will likely sustain its momentum of 5% growth or more in 2015 (7 million tons). Similarly, Appalachia will see more of the same. NAPP will remain flat, while more CAPP producers move more coal into export markets and abandon power generation.

What Will Affect the U.S. Coal Industry the Most in the Near Term and How Should It Prepare?
The coal industry has many affecting factors: the strength of the dollar against foreign currencies, environmental regulations, the price of natural gas, and general economic conditions.

EPA’s Clean Power Plan — Since the legislative branch of our government is inept, coal is industry is pretty much forced to address the problem through the courts.

The coal industry can only prepare by using sound business practices.

Sadly, Democrats are against coal, and I think there is a planned sustained attack aimed at destroying the industry using the EPA and, to a lesser extent, MSHA.

Government control and policy manipulation is the greatest issue facing the U.S. coal industry. Every corporation and individual dependent on the coal industry for dependable and inexpensive energy should contact their Congressman and Senator and request that they take action to stop the overreach of the EPA and other government regulatory agencies.

Environmental extremists are successfully targeting the destruction of coal power plants. Subsidies and mandates for renewable energy are killing us.

Somehow the industry must educate the public that reasonable emissions regulations are accepted by the industry; however, our country is attempting to set a worldwide high standard that adversely affects our economy. China will not make a passing attempt at emissions regulation. Further, the public should be educated that our industry is not opposed to other alternatives energies; however, until such time that those alternatives are economically feasible our country should use readily available coal.”

Economic slowdowns in Brazil, China, India, and Russia that reduces the global demand for energy fuels. While the slowdown is occurring, invest in technologies that promote cleaner, more efficient transformation of coal into energy fuels and electricity.

Power plant regulation has already caused severe harm to the industry, and that is likely to grow. The lack of development in capacity to export production will continue to retard the restoration of production.

Elect leaders that understand the importance of coal.

Stop production completely and let the lights go out for a few days.

Whether or not the new Congress can limit the EPA’s funding and curtail their authority.

Too many electric utility executives have bought into the concept of global warming. Therefore, they are not planning on expanding or keeping existing coal-fired power plants. They are shutting down too many good units without arguing with the regulators. Coal producers need to make a case for coal to these executives. 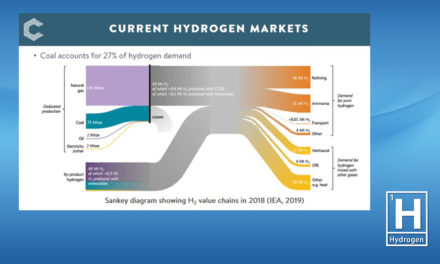 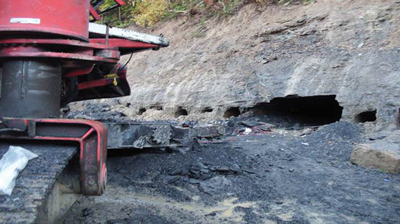 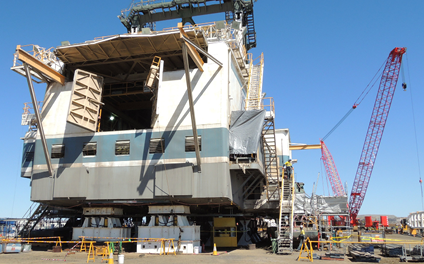