The U.S. operates the largest fleet of coal preparation plants. The beneficiation work that these plants perform allows electricity generators to burn coal cleanly and cost effectively. The state of the coal prep business is a direct reflection of the industry itself. During the last year or so, the coal business has slowed considerably and, even though several properties changed hands, no new plants were reported.

Overall, the total number of prep plants listed in Coal Age’s U.S. Prep Plant Census remained steady at 269 vs. 268 last year. Of those plants, 46 (or 17%) reported their status as idle. Geographically, the story remains pretty much the same. Most of the prep plants are located in West Virginia (79) and Kentucky (57), followed by Pennsylvania (43), Virginia (18), Indiana (16) and Illinois (15).

Blackhawk Mining’s presence grew substantially last year with the James River Coal acquisition and, as it integrates the Patriot assets, it will add several more plants. Last year, Coal Age wrongly assumed that all of the plants listed under the control of James River rolled over to Blackhawk. Six of those plants, all in Kentucky, were sold to other coal operators. The F.M. Burke prep plant was sold to Booth Energy. The Bell, Bledsoe and Shamrock prep plants were sold to Revelation Energy. McCoy Elkhorn operates the Bevins Branch prep plant. Appalachian Mining & Reclama-tion operates the Ivel prep plant in Kentucky.

PROCESSING TRENDS
While no new plants are currently being built, existing prep plants are still making upgrades if they can justify the investment. “There are a few upgrades taking place, but not many,” said Dennis Phillips, president, Phillips Process Engineering. “Some plants are considering plate presses for fine refuse due to lack of impoundment/pond space and for better compaction.” Many plants are unsure of their future so they are holding off on upgrades, Phillips explained. He said he knew of only two projects put out for bid this year in the U.S.

These market conditions have persisted on and off for many years and most of the plant operators have harvested the low hanging fruit as far as optimization. However, Phillips explained that there are still a few plant operators that don’t know what they don’t know. “At most plants, anything that can recover enough coal to pay for the investment is still being considered, although the financial payback threshold is much shorter than before,” Phillips said. In the last year, he has seen operators add flotation, install two-stage sieves and replace existing heavy-media cyclones with large cyclones.

One of the promising new technologies for prep plants that Phillips sees is the use of membrane plate presses for dewatering froth flotation product. “These presses have the ability to recover all of the super-fines that are lost by screen bowl centrifuges, and the moistures are usually better than disk vacuum filters,” Phillips said “However, they also recover the high-ash clays in the froth product, so one has to do a better job at ash removal in flotation. To prevent degrading the total product for steam coals, the as-received Btu value of the super-fines has to be as good as the next lump to float in heavy media. Some of the new thermal drying techniques have an application here.”

Readers can reach Dennis Phillips at: coalprep@yahoo.com. Coal Age makes every effort to contact as many prep plant operators as possible when it conducts its annual Prep Plant Census. The Mine Safety and Health Administration also contributes along with some of the firms that build and upgrade prep plants. Coal Age would like to express its gratitude to all of those who contributed. If a plant was omitted, please contact us. 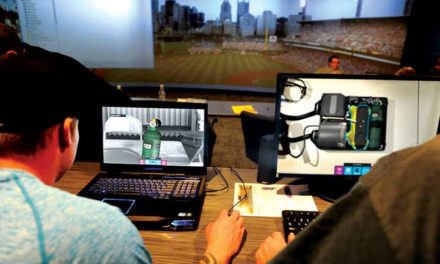 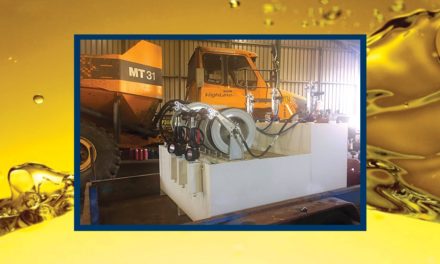