TransAlta Converts to Gas, Closes Highvale Mine in Alberta 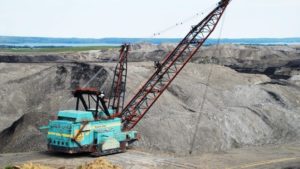 TransAlta Corp. will discontinue all coal mining operations at Canada’s largest surface strip coal mine, the Highvale mine by the end of 2021. Hundreds of miners will lose their jobs in a region that has already been hard hit by the 2020 downturn in energy. Effective January 1, 2022, the company will cease coal-fired generation in Canada. TransAlta’s Keephills Unit 1 and Sundance Unit 4 will discontinue firing with coal and will only operate on gas, resulting in the maximum capability of these units being reduced to 70 megawatts (MW) and 113 MW.

Celebrating a major milestone, TransAlta President and CEO Dawn Farrell said the board approved closing the Highvale four years ahead of schedule. “This decision demonstrates how we continue to lead our industry in achieving ESG milestones on an accelerated basis,” Farrell said.

Located south of Lake Wabamun, about 70 kilometers (43 miles) west of Edmonton, Alberta, Highvale mine is a surface mine that produced about 8 million tons of coal per year.