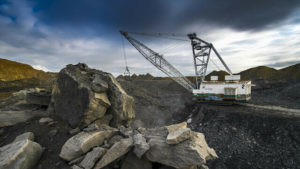 South African coal operator Thungela Resources Ltd. recently released its first set of full-year results as a publicly listed company since its debut on the Johannesburg and the London Stock exchanges last year. The company delivered adjusted EBITDA of ZAR10 billion ($687 million); while net profit was ZAR6.9 billion ($474 million) versus a loss of ZAR362 million ($25 million) in 2021. Favorable coal prices combined with a strong operational focus resulted in a net cash position of ZAR8.7 billion ($598 million) at year end.

“Thungela has delivered record full-year results, despite the ongoing effects of COVID-19 on our operations and rail infrastructure constraints,” Thungela CEO July Ndlovu said. “The tragic loss of life recorded in June 2021 has reinforced our unwavering commitment to achieve our goal of becoming a fatality-free business. This is and will remain a non-negotiable objective.”

The demand for high quality South African coal underpinned Thungela’s performance. The company exports most of its coal, and its revenue was positively impacted, as benchmark thermal coal prices strengthened by 90% to $124 per metric ton (mt). The discount to benchmark prices narrowed substantially in 2021 to 16% compared to 26% in 2020, resulting in higher realized coal prices of $104/mt in 2021 (2020: $48/mt). Thungela reported export equity sales of 15 million mt, which reflects a decrease of 16% in 2021. Export sales and production were severely impacted by Transnet Freight Rail (TFR) constraints, and the company was forced to curtail lower margin production from late in the third quarter as stockpiles reached capacity.

“We remain committed to working with TFR, government and the industry to resolve the issues experienced in 2021 and the start of 2022,” Ndlovu said. “We believe the challenges are transient and have planned our operational performance on a gradual, rather than an immediate recovery in rail performance. This is of national concern given that coal exports constitute one of the primary sources of foreign currency generation for South Africa.”

Ndlovu said he expects a gradual rather than immediate recovery in TFR performance.

Thungela’s 2022 export saleable production is expected to be between 14 million and 15 million mt, before returning to 16 million mt per year from 2023.

Hitachi Dissolves JV With Deere, Outlines Vision for the Americas