According to the judgment, D&C is enjoined from violating, failing or refusing to comply with any final orders issued under the Mine Act by failing to pay already delinquent or future civil money penalties. The judgment also orders D&C to post an appropriate bond with MSHA to guarantee future compliance with the Mine Act—including the payment of final orders issued under the Mine Act—and to keep all property in which it holds an ownership interest securely at the site of its existing mine and not sell or move the property to any other location.

“Not only has this mine operator repeatedly disregarded health and safety standards and put its miners at tremendous risk, it has flouted any attempt by the federal government to collect penalties for violations that have been assessed,” said Joseph A. Main, assistant secretary of labor for mine safety and health. “MSHA will continue to work with the Department of Justice to pursue mine operators that blatantly refuse to pay their penalties while continuing to operate.”

In March 2012, the Labor Department and the U.S. Attorney’s Office for the Eastern District of Kentucky filed the complaint against D&C Mining alleging that the company owes $1.67 million in civil penalties for 1,244 violations cited between January 24, 2006, and February 8, 2012. D&C Mining has undergone 10 impact inspections by MSHA since April 2010, more than any other mining operation in the country. 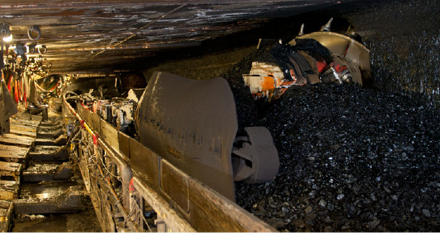