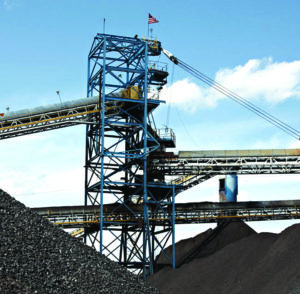 Alliance increases its target for 2021 sales to 31 million tons.

“Improved coal market fundamentals and favorable weather patterns during the 2021 quarter supported buying activity by domestic and international customers, allowing our marketing team to secure new commitments for the delivery of approximately 5.4 million tons through 2023.”

“Economic activity continues to improve in the U.S. and globally as vaccine distribution accelerates and lockdowns ease,” Craft said. “As we anticipated, increased economic activity has resulted in improved energy demand, benefitting all of our business segments.

“Our domestic coal markets further benefited from the impact of the February polar vortex, as coal-fired generation in U.S. power regions increased 70%-80% and utility stockpiles in our markets fell by approximately a third as utilities leaned on coal during this time of surging demand as a reliable source of power.”

International coal markets continued to strengthen, and the company said it expects to have additional export sales opportunities this year. ARLP currently has contract commitments for approximately 26.4 million tons in 2021 and it is increasing the midpoint of its targeted total coal sales volumes for this year to 31 million tons.