Alliance Moving Ahead at Gibson South

Joseph Craft III, president and CEO of Tulsa, Okla.-based Alliance, said in a late February interview he’s optimistic Gibson South can meet the projected 2014 timetable. “We’re waiting on permitting,” he said. Although Alliance does not yet have a long-term sales contract for Gibson South, “We’re encouraged by the market discussions we’re having…we don’t have the commitments we need yet, but we’re planning for 2014.”

Final approval of the new mine is “still subject to [Alliance] board approvals and getting the markets we believe are necessary to support the capital investment,” said Craft, who declined to disclose the project’s estimated price tag.

Alliance already has secured a state permit for Gibson South. It recently applied for a Section 404 Clean Water Act permit from the U.S. Army Corps of Engineers’ district office in Louisville, Ky. According to the application, the company is proposing to construct a combined refuse disposal area, “and attendant facilities including topsoil storage areas, sediment control structures, a shaft and bathhouse area, and a preparation plant to support an underground coal mining operation.” The facilities would encompass 343 acres south of Gibson North.

A total of 31,930 linear ft of unnamed tributaries to Higginbotham and Emerson ditches would be impacted by the proposed project, the company said. Of the total length, 23,855 linear ft of streams are intermittent and the remaining 8,075 linear ft are ephemeral. In addition, .014 acres of palustrine, emergent wetlands would be directly affected by the project.

Craft said he had no idea when the Corps might rule on the company’s request. “We’re in development meetings once we get the permit,” he said.

Craft stressed Alliance is “looking at Gibson South for growth,” not to replace Gibson North. Like Gibson North, the new mine also would be operated by Gibson County Coal. Gibson South would use continuous miners to also extract the Indiana No. 6 seam coal, but Craft said the precise number of CM units “is still to be determined.” So is the mine’s production rate, he added, although Alliance in the past has indicated Gibson South would produce about 3.1 million tons annually. The mine had an estimated reserve base of 53.1 million tons as of December 31, 2009.

Gibson South is not Alliance’s newest mine, however. That distinction belongs to Tunnel Ridge, a planned longwall mine whose estimated 70.5 million tons of high-sulfur reserves are located in Ohio County, W.Va., and Washington County, Pa. Currently under construction, Tunnel Ridge’s longwall is scheduled to start up in early 2012. At full capacity, the mine should produce in the range of 5.5 million to 6 million tons annually.

Down the road a bit is the proposed Penn Ridge underground mine in southwestern Pennsylvania. It would use both a longwall and continuous miners to produce about 5 million tons a year.

Craft said he remains bullish on the U.S. coal industry, and for good reason. In the fourth quarter of 2010, Alliance soared to record earnings of $87.4 million, or $1.82 per limited partner share. That doubled its performance of a year ago.

Helped by production gains at its newest operation—the River View underground mine in Union County, Ky.—and its Mountain View deep mine in Tucker County, W.Va., Alliance saw sales increase to 7.7 million tons in the final three months of 2010, up from 6.1 million tons in the same period of 2009. 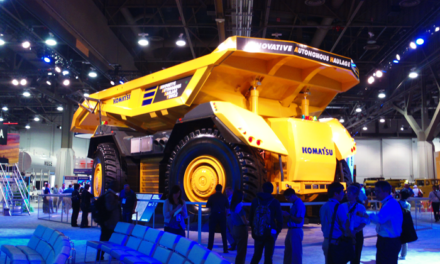 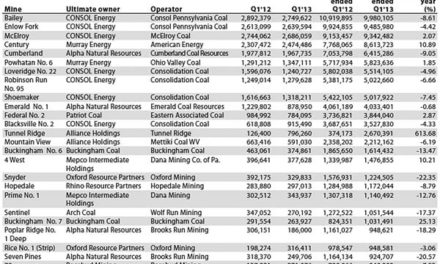