Cat exited the hydraulic shovel business in 2003. While they admit they had problems with the original units, the company decided in January (about the same time Bucyrus acquired Terex Mining) they needed to get back in this business. “We are on a very aggressive timeline with a range of five models,” said Ed McCord, product manager-trucks and shovels, Cat Global Mining. “We will match our new shovels to our trucks with five pass loading for the 400-ton 797 haul truck. We will build on the 5,000 series experience. The youngest unit in that series is 6-years-old. The problems that existed early-on were addressed and the owners are now getting good reliability and availability from those machines. A good portion of the 5,000 series units are still operating at the mines.”

The first 5230 shovel retired during June with 115,000 hours, according to McCord. “Technology has moved on since we built the last unit so we will be incorporating the latest concepts in structures and hydraulics into these machines,” McCord said. McCord expects to develop shovel expertise both organically and by hiring outside help for the company.

Cat is also accelerating previously announced capacity expansion plans for trucks in Decatur, Ill., with additional capacity expected to come on line beginning in 2011. The expansion in Decatur will increase truck capacity at the facility by nearly 30%. Cat is also updating the status of its new electric-drive mining trucks. The company currently has pilot units of its 345-ton 795F AC truck at customer sites for final evaluation, with commercial production set to begin in late 2010. According to Cat, the initial interest in the new Cat 795F AC trucks has been strong, and the company has increased its planned build rate for 2011 by more than 40% to meet demand. In early 2012, the company also plans to produce pilot units of the 793F AC truck with a 240-ton payload. 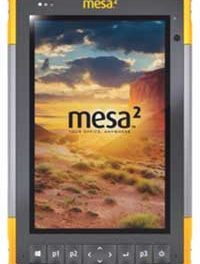