Robert L. Benson, president and CEO, North American Coal, will retire at the end of June after 38 years of service. Benson will serve as vice chairman of the board of directors following his retirement until December. Upon his retirement, J.C. Butler Jr., currently senior vice president-project development, administration and Mississippi operations, will become president and CEO.

New World Resources announced the following changes: Marek Jelínek has resigned from the board and as the CFO. Boudewijn Wentink, currently the chief legal officer, will become the finance and legal director and it will be recommended to the board that he joins the board as an executive director; and in January, Dale R. Ekmark will become the CEO, while retaining his position as managing director of OKD. Gareth Penny, currently executive chairman of NWR, will continue as chairman of NWR.

The World Coal Association (WCA) appointed Benjamin Sporton as its new chief executive and Mick Buffier as chairman. Sporton has been deputy CEO at the WCA since 2012 and acting CEO since the end of 2014. Buffier is group executive, coal assets, at Glencore.

Jack Trackemas is now the acting branch chief, ground control branch at the National Institute for Occupational Safety and Health. Previously, he was a research general engineer. 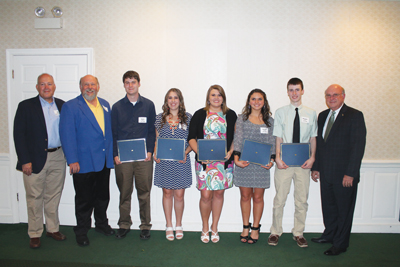