Raw coal is conveyed to a prep plant. “From the plant we get clean coal, coarse refuse, and slurry, which is mostly water,” said Mark Henshaw, project engineer, Alliance Resources-River View mine. “The coarse refuse is a waste product that consists of shale and fine clays. The refuse and slurry together are about 35% of the raw material feed.”

Clean coal is stockpiled and later loaded into barges for transportation on the Ohio River. The slurry is pumped to a 55-acre impoundment, which is contained on three sides by an earthen dam constructed from River View’s coarse refuse. The fourth side is an old refuse pile placed there years ago. The coarse refuse is conveyed to a 300-ton refuse bin located on a hill next to the impoundment. 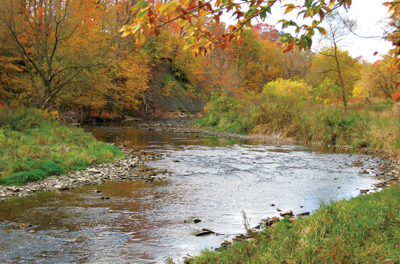 What New Issues are Driving Choices in Mine Water Treatment Methods? 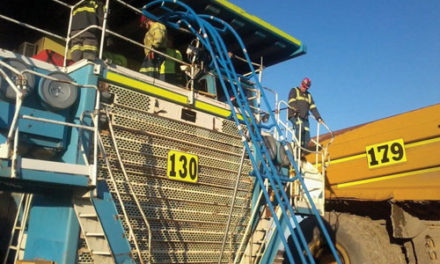