Deductions: Get ‘Em While You Can

Those coal mining and processing businesses that have hesitated or postponed making capital investments because of the recent economic downturn might now want to consider how the combined use of incentives and the 100% bonus depreciation can substantially reduce the cost of capital investments. Funding those new equipment purchases is easier—at least for a while.

Bonus depreciation was originally created in 2002 as a temporary economic incentive by which companies could immediately deduct 30% of the basis of qualifying assets that were placed in service after September 10, 2001, and before January 1, 2005. An increase in the percentage of the deduction in 2003 to 50% expired in 2005. Reintroduced by lawmakers in 2008, bonus depreciation has been extended three times.

Although the concept of taking the additional depreciation in the first year is quite simple, changes to the applicable percentage, timeframes during which each is available, and variations related to unique types of assets which qualify have made application of the rules somewhat complex.

The definition of property eligible for bonus depreciation under the 2010 Tax Relief Act is the same as under prior law, but the percentage and placed-in-service dates have changed. The percentage increased from 50% to 100% for qualifying property placed in service after September 8, 2010, and before January 1, 2012. Those coal businesses investing in qualifying assets will be able to fully deduct the cost during the current tax year. This will reduce taxable income and taxes paid, resulting in an increase in cash flow which can be reinvested in the business.

Unlike bonus depreciation that applies only to “new” property, a coal mining operation or business may immediately deduct as a Section 179 expense, up to $500,000 of both new and used business property placed in service during the tax year. The Section 179 expensing write-off is reduced, dollar-for-dollar, by any property acquisitions in excess of the $2 million investment ceiling, limiting the write-off to smaller businesses.

Layering Opportunity
It is not only federal tax write-offs that can help reduce the cost of capital investments. Many coal businesses making capital investments during the 2011 tax year can also benefit from state and local credit and incentive programs. In fact, many states offer a tax credit equal to a percentage of an eligible capital investment made in that state.

Eligibility for the credit may depend on industry or particular use of the underlying asset. For example, states like Massachusetts, New Jersey and Oklahoma offer investment tax credits to manufacturing businesses for assets purchased that will be used exclusively in manufacturing activities. As an alternative formula, Illinois offers businesses predominantly engaged in either manufacturing or retail an investment tax credit for the purchase of all qualified purchases placed in service during the year. Best of all, the assets are not required to be used exclusively for manufacturing or retail activities.

Opting Out
Although the 2010 Tax Relief Act included the best terms ever for bonus first-year depreciation, namely a 100% write-off of the cost of qualifying property, not all businesses will find it desirable to use front-load depreciation deductions. While it is possible to elect out of bonus depreciation entirely it is, at least for now, less certain that a mining or processing business can step-down from 100% to 50% bonus depreciation.

The prime example of a situation crying out for a business to opt out of 100% bonus depreciation is one where there are about-to-expire net operating losses, the value of which would be lost if current-year income were reduced too much by claiming the maximum depreciation allowance. A coal company that currently is, and in the recent past, has been in a low tax bracket and expects to be in a higher bracket in future years may want to defer depreciation deductions to offset future higher-taxed income.

Discretionary Incentives
When it comes to a financial helping hand the best opportunity for coal mining and processing operations investing in capital improvements may come in the form of discretionary incentives available at the federal, state and local level. Although many of these incentives require some level of job creation or, at least job retention criteria be met in addition to capital investment, there are some notable exceptions.

The Federal New Markets Tax Credit, for example, provides a significant financial incentive for qualified investments made in certain eligible census tracts. Also, Delaware and Virginia offer cash grants based on future capital investment made by existing businesses without requiring a commitment to new job creation.

Need Funding
The Small Business Jobs Act also created the State Small Business Credit Initiative (SSBCI) and funded it with $1.5 billion to strengthen state programs that support lending to small businesses. Designed to spur up to $15 billion in lending, January 2011 saw the first wave of awards to the states.

Under the SSBCI, participating states will use the federal funds for programs to leverage private lending to help finance small businesses that are creditworthy, but are not getting the loans they need to expand and create jobs.

Last year’s “Jobs” Act included other provisions designed to help small businesses obtain funding. Among that bill’s many provisions several new—but temporary—funding programs such as the U.S. Small Business Administration’s amped up extension of its lending guarantee programs and fee reductions. In addition, increases in the maximum loan size for the SBA’s 7(a), 504, and microloan programs will help. The 7(a) and 504 loan program maximums would bump from $2 million to $5 million and the microloans would increase from $35,000 to $50,000.

The SBA’s CDC/504 Loan Program provides long-term, fixed-rate financing to acquire fixed assets (such as real estate and equipment) for expansion or modernization. It is ideal for small coal mining and processing operations requiring “brick and mortar” financing.

The Tax Relief, Unemployment Insurance Reauthorization and Job Creation Act of 2010 provided many opportunities designed to help coal businesses reap tax benefits for capital investments and provide funding for doing so. The 2011 tax year may be the optimal time to take advantage of these incentives that encourage capital investments. 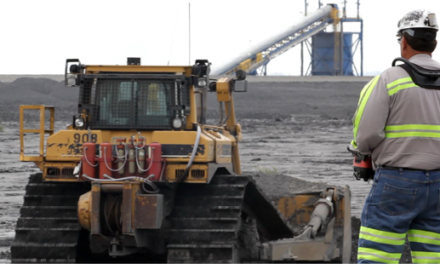 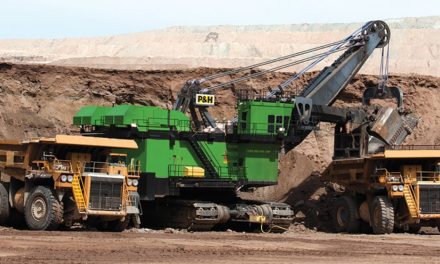