RTCA believes the IPCC will make mining at Clermont more efficient and sustainable. While preparing the feasibility study for Clermont, Rio Tinto was aware of the great coal reserve, but it was buried under a large amount of overburden. Using the IPCC system, Clermont can mine in areas that previously would have been too cost-prohibitive based solely on a traditional truck-shovel mine plan. An IPCC system uses less people and energy to move overburden. By installing the IPCC systems, Clermont believes it will save more than 35% of its haul truck operating costs, and will remove, crush and convey almost 50% of the mine’s overburden per year.

Moving more than 12,000 mtph, this will be one of the largest IPCC systems in the world. The machinery was designed and constructed by Tenova Takraf. A rope shovel feeds a fully-mobile crusher mounted on crawler pads, which feeds a series of fixed and movable belts and tripper and spreader. A rather robust hopper is capable of handling blasted overburden. An apron feeder moves material to the crusher, which reduces it to 450 mm. The crushed material is then moved by a crusher discharge conveyor and fed via a slewable discharge boom conveyor to the conveyor system and finally to the tripper and spreader. The pit spreader deposits the overburden at a dump area.

The Clermont mine works a three-bench system with its fully mobile IPCC. The electric shovel excavates a series of three 15-m-high benches, feeding waste to the crawler-mounted crushing plant. The upper and lower bench waste will be transferred by a mobile beltwagon to the shiftable face conveyor on the middle bench. Face advance distance per mining block is 60 m with total working depth interval for a single face conveyor at 45 m. Face conditions may allow this to be extended to 54 m. To extend mining downward a second face conveyor will be installed to remove the waste from three more benches. According to RTCA, when basalt with a UCS over 125 MPa is encountered it will be hauled from the bench.

When in operation the system is essentially controlled by two men: the shovel operator and the IPCC system operator. To operate the system around the clock, it would require about 25 people including maintenance technicians. Compare those manpower costs with the operating costs for a fleet of 30 haul trucks, which would require at least 100 men, and the economic behind IPCC begin to make sense. Clermont will still move coal and some overburden using haul trucks, so the fleet is not entirely eliminated. The company expects the IPCC system to reduce the haul truck requirement by more than 50%.

For years mining companies have discussed these systems and Clermont is now expected to operate in the lowest cost quartile of Australian thermal coal producers. IPCC systems are well-suited for mining companies working in laminar deposits and mining relatively soft materials (sedimentary overburden). They require a great deal of long-term planning. For those that can use them, the payoff might be surprisingly high compared to conventional truck-shovel mining. 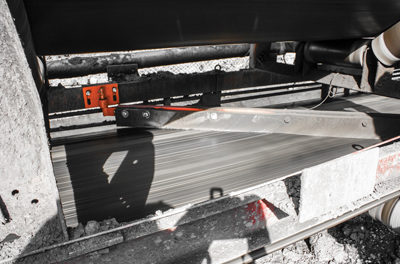 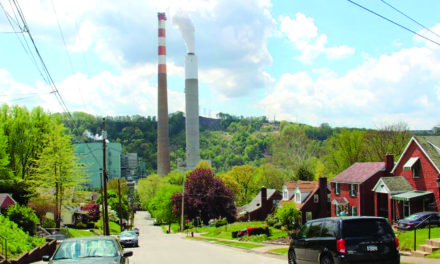