Two of the best ways to improve roller crusher uptime, production, and operating costs are tougher teeth and optimizing tooth tip speed. Two field-proven, widely deployed offerings prove it. The feedback and data from customers shows the benefits available, which are substantial.

The teeth offer wear resistance that improves uptime, which can give a significant boost to throughput and can help the crusher operate optimally, the company said. “Once teeth begin to wear, roll crushers will use more power to process the material because the teeth are struggling to grab the material and pull through. Worn teeth also produce more fines,” said Dan Holes, director, parts and service, McLanahan. “Carbide teeth are designed to maintain their height and leading edge longer.” 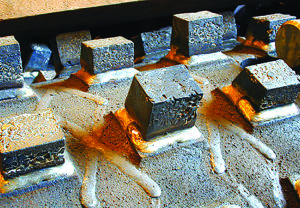 Weld-on carbide-impregnated teeth are offered in 70 sizes and can be built on to new McLanahan crushers. (Photo: McLanahan)

The teeth are currently offered in 70 different sizes and configurations and can be supplied on new crushers, installed as part of a rebuild, or installed on existing roll elements made by McLanahan or other companies.

The solution arose from the desire to protect the top of teeth. “We recognized a need for carbide in more than one plane to further protect a tooth’s leading edge because we saw earlier successes using carbide tooth caps,” Holes said.

In 2003, McLanahan started developing replaceable teeth made with carbide. “Several issues had to be overcome, including the use of dissimilar materials, as well as the casting process that would allow for carbide to be evenly distributed on two planes of the crushing surface,” he said. “The solution was a casting impregnated with carbide particles of varying sizes in the front and top that could be successfully welded to base elements specific for a roll crusher design.”

In 2004, the teeth were trialed by a customer in the Powder River Basin that had been using McLanahan roll elements with teeth having carbide caps welded to their leading face. “The carbide-impregnated teeth were an instant success,” Holes said. “The mine was able to double their throughput before needing to address the segments.” The customer ordered two complete sets of roll elements in 2006.

As the teeth gained in popularity, the company used customer feedback to steer further development. “By meeting with our customers and talking with them about what they are seeing or asking them what they would change led us to make subtle changes to our welding process, hard-surfacing and even tooth layouts,” Holes said. “These changes have resulted in customers achieving increased throughput far beyond their expectations, and, quite frankly, ours as well.” 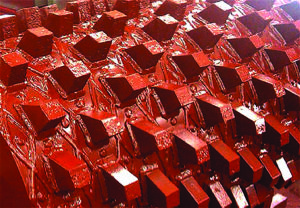 The benefits of increased uptime include reduced maintenance costs.

For example, a coal prep plant in Utah with a roll crusher with steel teeth was spending 36 hours per week building up teeth as routine maintenance. The rolls would be replaced every six months with rebuilds from a local shop. “After installing a set of roll shells rebuilt by McLanahan using carbide-impregnated weld-on teeth, the customer addressed some minor wear on the roll shell bodies after six months of operation,” Holes said.

“After 12 months of operation, some missing teeth were replaced,” he said. “At 16 months, the customer removed the shells and installed another set supplied by McLanahan.”

The customer now owns three sets so they can be rotated yearly with a spare set always in the waiting, he said.

Elsewhere in Utah, a phosphate operation with a 2011 McLanahan Double Roll Crusher was processing 2,000 tons per hour of plus-40-in. ore down to roughly 8 in. using hardened steel segments with each tooth hard-surfaced.

“The customer was forced to address wear on the segment teeth at least two shifts per week, due to the speed at which the roll assemblies were turning, combined with a high feed rate and the large feed size,” Holes said. In 2014, they installed one segment equipped with some carbide-impregnated teeth.

“Trialed through the winter, the customer then ordered a half-set in spring 2015,” he said. “Over time, the original segments were rebuilt using carbide teeth.” Today, the mine rotates two full sets of segments with carbide teeth every six to nine months.

Those results are typical. “Roll elements with carbide-impregnated teeth have proven successful in many different applications, including ROM coal with a high percentage of ash, bauxite ore, phosphate ore, salt, and, most recently, limestone,” Holes said.

“No matter the application, all installations have reported increased operating time and reduced maintenance,” he said. “Although impossible to predict or guarantee their duration, many applications that have been converted to carbide-impregnated teeth have improved wear life a minimum of three to four times.”

Installation requires no training. Repair and replacement is the same as for a steel tooth. “Our teeth are simply welded in position using a welding process that we provide to our customers,” Holes said. If they encounter something uncrushable, the teeth are designed to break off just above the weld.

“To replace a tooth that has broken off, any remaining weld must be removed from the roll element body and the surface cleaned of contaminants,” he said. “Then, a new tooth is installed following our welding procedure.”

The teeth have proven to be successful and that success can be attributed to prioritizing customer feedback in the development process, Holes said. “Our customers are the reason for our existence and longevity. We listen to what they have to say,” he said. “It is that philosophy and their trust in us that has allowed us to progress our carbide tooth offering to what it is today.” 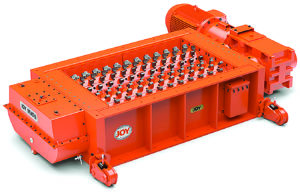 The MVT-II offers high capacity in a relatively small footprint, and is known for low operating costs. The double-roll crusher sets the tip speed of the teeth to limit fines generation. (Image: Komatsu Mining)

The unit, commonly described as a double-roll crusher, is typically installed as a secondary or tertiary crusher. “We have had customers ‘squeeze’ a sizer in a transfer point between either a feeder, conveyor or screen to solve a material handling problem,” said John McCarthy, product manager, sizers and surface feeder breakers, Komatsu.

In the most common arrangement, the unit reduces the size of feed from the primary crusher. “A 4:1 reduction ratio is typical at each stage,” he said.

The segments are replaceable and bolt on. “For coal, a set of wear segments lasts between 3 million to 8 million metric tons (mt) (3.3 million to 8.8 million tons) of material processed,” McCarthy said. “At that point, the segment teeth can
be replaced.”

MVT stands for matched velocity technology. “The installation is configured so the speed of the mineral falling through the sizer matches the tip speed of the tooth,” McCarthy said. “Testing showed this matching velocity minimized (sub-4-mm) fines generation.”

Contrarily, if the roll speed decreases below or increases above the fall speed of the material, then “fines generation rapidly increases,” Komatsu reported. 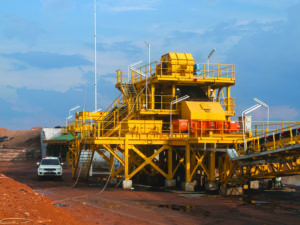 This crushing station, engineered by Metso Outotec and Komatsu, which includes a truck dump hopper, feeder and sizer (orange), is installed at PT Titan Infra Energy’s Muara Lematang mine in South Sumatra.

As a result, the MVT-II offers “very high capacity” in a compact package, McCarthy said. “Forces are internalized in the frame so costs for support structures, foundations and future relocations are reduced.”

That capacity means the sizers are known for their low operating costs, he said. “The MVT-II sizer is designed for productivity, ease of maintenance and operation, and to improve profitability by reducing total cost of ownership.”

For example, a unit in Indonesia takes sub-200-mm coal from a feeder breaker and crushes it to sub-50 mm at a rate of roughly 3,000 mt per hour (3,300 tons/hour). “The coal is fairly ‘clean’ with little contamination, and the operating cost for the machine is less than $0.02/mt,” McCarthy said.

The sizers also deliver similar results in rocky coal applications, he said. “We do have sizers at met coal mines in Australia with contamination above 150 MPa compressive strength,” he said.

The sizer was originally developed by Stamler Corp. for their feeder breaker product line. In 2006, Stamler was acquired by Joy Global, which was acquired by Komatsu in 2017. “To date, more than 3,500 machines have been supplied for surface and underground mines,” McCarthy said. 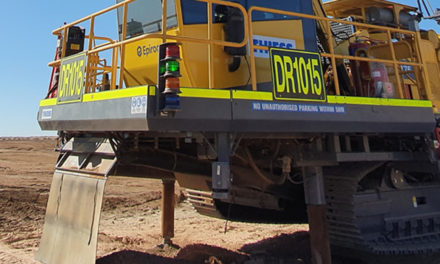 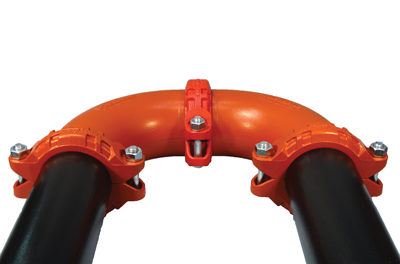 Pipelines Keep Material on the Move