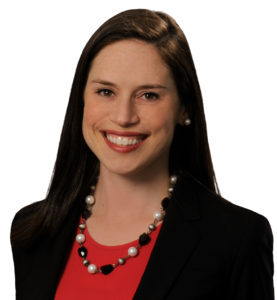 In the controversial rollback, the EPA finalized a rule revising the regulations for the “steam electric power generating” category. The rule affects how coal-fired steam electric plants dispose of coal ash and substances that scrubbers remove from their smokestacks to clean the air.

The 2015 rule set deadlines for power plants to install modern wastewater treatment devices to remove pollution from the water they discharge and required them to monitor local water quality.
In 2017, the EPA delayed the Obama-era rule and then proceeded to replace the rule with a scaled-back version. Now, under this new 2020 rule, requirements have been revised for two specific waste streams produced by steam electric power plants: flue gas desulfurization (FGD) wastewater and bottom ash (BA) transport water. Coal-fired power plants often store both waste streams in large pits, which can present a risk of releases into the groundwater or nearby lakes, rivers and streams.

The new rule changes the technology-basis for treatment of FGD wastewater and BA transport water; revises the voluntary incentives program for FGD wastewater; adds subcategories for high-flow units, low utilization units and those that will transition away from coal combustion by 2028 and finalizing requirements that are tailored to facilities in these subcategories, and establishes new compliance dates.

In more simpler terms, the rule decreases treatment requirements, delays the implementation of the requirements by two years (from the end of 2023 to the end of 2025), and exempts several types of plants from the rule.

The overarching goal, per the EPA, is to make it easier for coal-fired power plants to comply while still reducing pollution. The EPA said the changes will result in only 75 coal plants out of the 914 in the U.S. possibly incurring compliance costs, down from the 108 plants that would have been impacted by the 2015 rule, thus saving the coal sector approximately $140 million annually.
The EPA estimates the revised regulations will still reduce pollution by 1 million lb annually compared to the 2015 rule because some plants will voluntarily adopt stricter controls than what is required under the law.

Opponents have voiced that this is a short-sighted decision focused only on cost savings to the coal sector, and the changes will result in dangerous substances, like lead, arsenic and mercury, leaching into waterways.

The coal industry, on the other hand, applauded the changes. The National Mining Association said the 2015 rule was “a prime example of regulatory overreach that was specifically designed to stack the deck against the coal industry when compared with other fuels.” This rule allows coal production and utilization, which has continued to fall in recent years, to compete with other steadily growing energy sectors such as natural gas and renewables.

The question is whether the revised steam electric power rule will stand. Legal challenges are inevitable, and a reversal of the changes could occur under a new EPA if Joe Biden is elected in 2021. Stay tuned coal industry.

Megan Caldwell is a partner with Husch Blackwell and can be reached at megan.caldwell@huschblackwell.com.

Are You Ready for Your Next Safety Complaint?