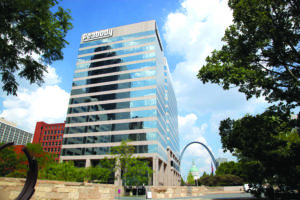 Revenue for Peabody Energy increased by more 80% to $1.3 billion compared to the prior year quarter, due to higher realized prices in every segment.

“For the first time as a public company, cash exceeds our debt balance,” said Peabody President and CEO Jim Grech.  “While we expect a strong second half, severe July rains in Australia will impact third quarter production, sales, and costs, and we have revised full year expectations to reflect these continuing challenges.” The company’s second quarter 2022 results included a $24.5 million charge for unrealized mark-to-market losses related to its coal hedging activities.

The world’s largest publicly-held coal producer reported adjusted EBITDA of $578 million, the highest quarterly result in more than a decade, as a result of record seaborne pricing. With $342 million of free cash flow, its cash balance exceeds its total long-term debt by $74 million.

During the second quarter, Peabody shipped the first metallurgical coal from Moorvale South in Australia. The Shoal Creek mine in Alabama completed set-up and commenced production on the J2 longwall panel. The company said it continues to assess development of 70 million tons of the southern reserves at North Goonyella. It increased 2023 Powder River Basin (PRB) sales to 68 million tons.

During the second quarter, Peabody’s seaborne thermal segment shipped 4 million tons and increased export tons 22% to 2.2 million tons compared to the first quarter. The average export realized price increased 21% to $143.43/ton, despite 264,000 metric tons (mt) sold at $84/mt under the hedge program, which extended the life of the Wambo underground mine. Second quarter seaborne thermal segment costs of $43.85/ton were higher primarily due to higher sales price, sensitive costs, and fuel prices.  Substantial rain and COVID impacts during the quarter reduced overburden removal productivity by 18%, which will impact second half volume.

Peabody’s seaborne met segment shipped 1.6 million tons at an average realized price of $330.56/ton, a 28% increase in realized prices compared to the first quarter. Tons sold increased by approximately 400,000 tons, with higher production volume from the Coppabella and Moorvale Joint Venture. Total segment costs of $144.91/ton increased 28% from the prior quarter primarily due to higher costs at Shoal Creek from the transition to the J2 longwall panel, completion of a longwall move at Metropolitan, sales price, sensitive costs, and higher fuel prices.

The company’s PRB operations shipped 18.5 million tons at an average realized price of $12.44/ton in the second quarter. Tons sold for the quarter were impacted by further degradation of PRB rail performance, resulting in 4 million less tons shipped than ordered by customers. PRB costs per ton increased by 6% over the prior quarter to $12.55/ton primarily due to lower production volume and higher fuel costs.

During the second quarter, Peabody’s other U.S. thermal segment, which includes Twentymile and its Midwest Operations, shipped 4.4 million tons at an average realized price of $51.40/ton, a 6% increase in realized prices compared to the first quarter. Costs per ton increased 2% due to higher repair spend and fuel prices.

Peabody lowered its full year seaborne thermal guidance by 1.0-1.3 million tons due to the impacts on productivity from rain and COVID absenteeism delaying re-establishment of mine sequencing, saying it expects third quarter export volume to be 1.8 million tons, with 1.1 million tons priced at $147/ton (including 264,000 mt hedged at $84/mt). Approximately 500,000 tons from Wilpinjong and 200,000 tons from Wambo remain unpriced.

The company said full-year seaborne met volume was expected to be toward the high end of previous guidance. Peabody lowered its PRB volume guidance by 5-8 million tons due to increasingly weak rail performance. Meanwhile, the other U.S. thermal volumes have been increased 500,000 tons due to increased demand.