IWT was an integral part of a mine emergency response drill (MERD) at the Harvey mine in Pennsylvania in April.

Reducing operating costs across the board, and doing more with fewer resources, have become more common avenues for everyday operations across coal in recent years. Now more than ever, mines and suppliers alike are examining ways to gain the strictest control over production and the financial bottom line.

The communications and tracking sector is certainly not immune to this trend. As technology changes and improves, the capabilities of systems increase — and suddenly, a system initially designed for the most dire emergency situation can do much, much more for mines every working day.

At the same time, operations are expecting more from these high-tech systems: less work to install, fewer headaches from maintenance needs, plug-and-play integration, and the smallest possible capital expenditure when needed system upgrades and updates are performed.

Fortunately, system developers are responding in kind, listening to mines’ needs and making systems do more than ever before, for operations that are more resourceful than ever before. One of those developers is Innovative Wireless Technologies (IWT).

Virginia-based IWT, producer of the SENTINEL system, is clearly living up to its name as of late; this is particularly true with the introduction of its Central Dispatch solution. Launched as an avenue for mines to reduce costs by running controls for several mines from one location, the heart of the system is the Dispatch Station that is installed at the mine site to support the communications and tracking for all maintenance and dispatch functions.

A Client Station (CS) at a centralized location, with one for each mine that is being centrally managed, enables all dispatch functions as well as the re-allocation of dispatch headcount to other, value-added roles. The CS can also be used by maintenance staff to allow for full access of its systems right from their desk, removing it from the already chaotic dispatcher’s office.

According to IWT Vice President Phil Carrier, the solution has been met with great feedback from mines; one has already indicated that they project their dispatch expenses will be cut in half with the use of Central Dispatch.

 IWT’s dispatch station can be used by maintenance staff to allow for full access of systems right from their desk, removing it from the already-chaotic dispatcher’s office.

IWT, which has introduced 15 new products to the market over the past three years, is also enthusiastic about its newest and most significant addition, the Section Mesh Node. The node provides operations with both real-time voice and continuous tracking capabilities in working sections and greatly improves compliance during section moves. The wireless design is battery operated, and the nodes can be magnetically mounted to roof bolt plates as well as longwall shields (and can be easily removed and moved about as needed).

Carrier noted a recent feedback response from one of its mine customers that sums up its mission very well. The official said, answering a question about his favorite SENTINEL feature, that “it just works,” and that it is simply and effectively doing everything the operation is requiring of it, without worries.

“Our goal is to eliminate the need for urgent technical support,” he said, noting that IWT already is happy to say its field support call rate is very low, in part, because IWT technical support technicians can remotely analyze the customer’s IWT network underground and troubleshoot any potential problems.

“We use this capability to remotely run ‘network health assessments’ and provide customers recommendations on steps to optimize system performance,” he added, noting that it still offers on-site technical support for those who want it. “We [also] focus on training the customer in all technical interactions.”

The SENTINEL system is currently working in mines across the nation of various sizes and heights; the scalable system is active at this time in a low-seam operation of 28 in. as well as in seam heights exceeding 14 ft. Carrier pointed out that many operational officials focus on the bottom-line numbers, and those figures are certainly motivating IWT’s continued growth.

Tallying its responses from other mines, the SENTINEL system has shown annual cost savings up to 50% versus actual expenses incurred for legacy systems, and a near 100% recoverability of its equipment for mains, development and longwall sections.

IWT is working with the Mine Safety and Health Administration (MSHA) to provide the new mine rescue communications system that the federal agency has adopted for its mine rescue missions, and which it has been testing out with greater frequency recently with mine emergency response drills (MERDs) at mines such as CONSOL Energy’s Harvey complex in southwestern Pennsylvania this past April (see Coal Age July, pg. 38, for more information).

The two have been working in collaboration on the technology for more than five years.

“The system dramatically changes the practices of mine rescue, because it enables continuous communications among all the exploration team (inby the fresh air base) without the relaying of messages, which has caused serious miscommunication in the past,” Carrier said. “This capability also means each team member can now be active in the exploration — versus being left behind to relay messages.”

He also noted that, if the technology is used to establish a wireless communication path all the way to the surface, it also now can enable the command center present for an emergency to also hear, in real-time, what the exploration team is communicating and actively manage the rescue or recovery.

In the case of the Harvey mine MERD, it was arterial to the event’s success. The group of miners simulating an emergency situation were underground with a victim and video was successfully being sent to the mine office command center staffed by Consol officials as well as members of the state’s Special Medical Response Team (SMRT), which exists under the umbrella of Pennsylvania’s Department of Deep Mine Safety.

An SMRT physician, part of the team’s collection of medical and emergency experts, headed up instruction as members of eight of CONSOL’s mine rescue teams began their trips to the section where the simulated emergency was staged (the Bailey, Enlow Fork, Buchanan and Harvey mine rescue teams participated in the exercise) some 2,000 ft inby. MSHA’s mobile command center, where federal officials were able to monitor gas levels and other systems underground and also track movements of the rescue teams, was positioned outside in a parking lot.

IWT’s basic system consists of three to four portable mesh nodes, or PMNs, which act like repeaters, as well as handsets to enable each member of the exploration team and briefing officer at the fresh air base to be in constant communication wirelessly.

Just like in the SENTINEL fixed-deployment application, this system is modular and scalable, providing a wireless communications network to the surface, and automatic, continuous streaming of gas readings over the wireless network from “spotters” carried by exploration team members and displayed on a computer at the fresh air base (FAB) and/or command center (CC).

Carrier noted that communication redundancy to the wireless network via fiber can be added; this also enables transmission of video synchronization of maps on computers at both the FAB and CC, and the system supports the addition of symbols, notes and lines to the map at any location — and viewing of those additions at any other computer interface.

“We have supported MSHA’s use of the new system over the last 18 months as they have deployed for various events,” he said. “This participation has enabled IWT to better understand the unique challenges of such mine emergency operations and to discuss possible additional features to further improve the system.

“IWT is honored to play a part in bringing improvements to mine rescue with our system that enables faster rescue/recovery operations and improves the safety of those brave men and women who risk their lives for others.”

MSHA Assistant Secretary of Labor for Mine Safety and Health Joseph Main has concurred, calling the technology a “game changer” for the mining industry.

“Mine rescue teams will now be able to communicate directly with the surface command center and have explorations mapped in real time,” Main said in April following the Harvey MERD event.

“The old method of relaying the results of exploration through multiple persons — almost like a ‘Pony Express’ system that often led to miscommunication — is over.”

The idea of wireless communications has been a game-changer for the mining industry, and what is being done with its capabilities in the time since the technology was first introduced is nothing short of remarkable.

For Georgia-based Strata Worldwide, that expansion has also equated to making everything more user- friendly and saving the backs and neck of those normally tasked with keeping more “old school” versions of mine communications in regular operation.

Its fully wireless, battery-powered CommTrac system, which the company introduced in 2010, has now tied all underground networked data together to feed back to the same server in the surface control room, where all facets being overseen can be monitored in real-time.

What at first was simply a wireless communications and tracking solution is now much more; in addition to personnel tracking and text communication via the standard CommTrac system, mines now have access to asset tracking for equipment; wireless atmospheric monitoring; proximity detection safety and production data (with the inclusion of HazardAvert proximity detection system); and also wireless belt drive monitoring.

With the wireless AMS system, they can monitor gas concentrations and receive immediate notification of raising gas levels. Mines utilizing HazardAvert can monitor proximity detection activities, including safety behaviors such as the frequency and extent of individuals triggering the alarms and production matrices including machine operations information, duration of machine interactions and figures for machine shutdowns/disabling.

Belt drive monitoring, once simply numbers on a screen to keep dispatch officers in the loop, now with Strata’s system, allows for much more oversight and control. Some of these capabilities include remote start/stop; belt motor operation status; belt motor current and voltage readings; slip faults and belt alignment monitoring; fire; and dust monitoring.

The StrataConnect Server has a digital mine map of the actual mine, graphically displaying/pin-pointing the locations of individuals and equipment under- ground, showing live movement and direction of travel. The newly expanded graphical user interface (GUI) has multiple layers so that operators can toggle between displays and select between which system to monitor.

Using a system that can tackle almost anything has elicited positive feedback from operations. One of those marking significant improvements to its daily goals is Armstrong Coal.

“With miner safety being of most importance, Armstrong Coal initially chose the Strata CommTrac system primarily due to the systems’ ability to survive in an underground mine under normal operation as well as post-accident,” former underground operations information technology manager Scott Phillips said, noting that a major deciding factor was overall total cost of ownership.

“With the addition of their Wi-Fi system, Strata has provided a major backbone necessary in today’s industry for a wide variety of production data along with voice communications to go from the working face out to the surface in real-time. This capability significantly reduces downtime by allowing appropriate and knowledgeable personnel to be aware, at all times, of mine equipment availability and running conditions.”

Strata offers its CommTrac solution, in part or as a whole, on a rental basis. All hardware, software, installation, setup, training, maintenance, repairs and customer support is all included in a set monthly payment. 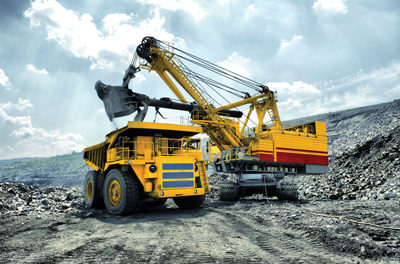 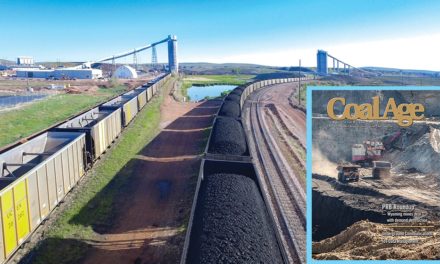