Vignettes in the Life of a Shipper: Large mining companies are seemingly good candidates for ship chartering, but frequently avoid it for fear of demurrage. Chartering can be managed so the company is not in a situation of unmanageable risk, but there is more to it than simply hiring good ship brokers. The following illustration is slightly fictionalized, but is based on a situation The author  encountered in the Lower Mississippi River. Inattention to details in this case could have resulted in lots of trouble for this shipper/charterer. He may have simply assumed the shipbroker, the ship’s agent, and the freight forwarder would cover all of the details for him. He did not think it through and do everything he should have done in preparation for shipping, and he was not alert to possible problems.

After his morning staff meeting and a long business lunch, a coal shipper called the terminal for an update on his ship loading. He learned his ship began loading just before midnight, and it was under seizure before loading began. After the ship dropped anchor last night a U.S Marshal had boarded the ship with the boarding party, and had served an arrest warrant on the captain. It seems the shipowner owes lots of money, but he cannot be found. A creditor has filed suit in rem, which means the ship has been arrested. It cannot move until legal problems are resolved. However, the arrest warrant did not prevent the ship from being loaded. The loading foreman at the terminal didn’t know he was supposed to call anyone, so he began loading the ship.

The shipper’s coal is now on the ship, the ship is not moving, and the clock is ticking. His coal may go on demurrage before the ship leaves the loading port and “once on demurrage, always on demurrage.” He checked with his shipbroker and was told the shipowner’s legal problems do not excuse his obligations to pay demurrage. Demurrage is reversible under his charter party, but he has no idea how long the ship will sit there chewing up clock time. He rightly fears the worst.

How Bad Can it Be?
Recently a ship called the HMS Bullwinkle was fixed at a rate of $22.35 per metric ton to move 68,000 tons from Hampton Roads to Vado Ligure, Italy. The fixture would cost $1,519,800, of which 95% would probably be due and payable three days after the ship left port. It would take about 14.5 days to get there, so the ship was costing $104,814 per day. If the seized ship was held in port only two weeks with the charterer’s coal on it, it still could have cost more than $1 million in demurrage before it was finally unloaded in Italy! Of course he would hasten right down to see his attorney about that, but we can just imagine how well that might turn out.

What could he do to minimize demurrage in this case? He could hire a good maritime attorney in the port and plan to spend lots of money. He may have to help the shipowner off his financial hook before the ship would be allowed to leave port. In return for his generosity the charterer should demand the shipowner forgive all his demurrage, pay his legal fees, and agree to pay him back for advancing his debt payment. However, unless he is very careful he would be trading places with the last creditor, who found it necessary to file suit because this shipowner has already proved he is untrustworthy. In reality, the shipper probably cannot get out of this jam without losing lots of money and sleep. He can only hope to stop the bleeding as soon as possible.

To avoid this situation, he should have hired a good agent in the loading port who would have boarded the ship with the initial boarding party. His agent should have been instructed to call him at any time of day or night if anything untoward happened—ship placed under quarantine, arrest warrant served by U.S Marshal, ship held by Homeland Security, etc.

Having been advised by his agent the ship may be held up for days, he should immediately instruct his stevedores not to load the ship until it is fully cleared. He should not load the ship under any amount of pressure or promises from the ship’s agent or attorney. He should explain to his own people how costly (and useless) it might be to load the ship, and resist their pleas as well.

Until the cause for the delay is legally satisfied, that ship is going nowhere with his coal. Unless his coal customer is desperate enough to pay him via irrevocable letter of credit (L/C) and relieve him of all demurrage and legal expenses, he should not load that ship. Even after the L/C has been received he should not act without the advice of his agent, his corporate counsel, and his maritime counsel. He cannot be too careful. Crooks have the upper hand because they have done it before.
How Did He Get into this Mess Anyway?
When shippers put pressure on shipbrokers to find the lowest rate possible, they sometimes force the shipbrokers to expand their search network to inadvertently include some shady characters. While shipbrokers are closer to the shipowners, they do not necessarily know when a shipowner is in financial trouble. Maybe the shipper accepted a rate that was too good to be true, and now he is learning why the rate was so low: the indebted shipowner needed cash so badly he was willing to cut his rate dramatically below market.

There is really only one way to avoid or minimize demurrage trouble, and that is to stay alert and work every ship loading and unloading from start to finish. This shipper did not do that. He thought his job was over when he glowingly gave that super-low rate to his sales department. Simple intuition may have told him to avoid loading the seized ship, but he did not know about it until too late. This shipper did not realize that no one in the chain of operations was instructed to tell him immediately if anything went wrong. He just assumed they would.

In summary, hire good agents at both ends—this means at load port and discharge port. No one will look after a mining company’s interests unless they pay them to do so. Pay them well. Hire agents who will attend the vessel at arrival and at discharge, and who will represent only the company’s interests. Do not accept the ship’s agent as the company’s agent. He will have a conflict of interest, no matter what he says. Do not hire a guy who refuses to leave the office and attend the vessel, no matter what he says. When the company has hired good agents, give them specific instructions and talk with them frequently. Treat them as essential members of the company’s team, because that’s what they are.

Gambrel is the president of Logisticon, a coal transportation consultancy. He was senior transportation executive for a major mining company for 15 years, and was also in charge of the company’s ocean shipping program. He was responsible for the chartering and port management of more than 50 Panamax and Capesize vessels. He has acted as advisor to the U.S. Coast Guard, and has helped IMO/SOLAS draft guidelines for the safe carriage of coal by sea. He may be reached at david.gambrel@gmail.com. 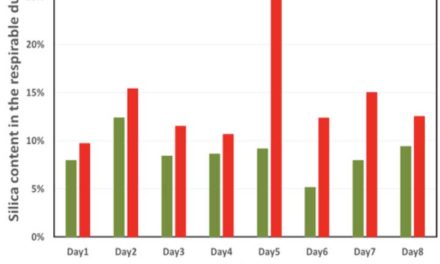