South Africa’s largest coal producer Exxaro has begun selling off some of its mines to new market entrants, as it seeks to lessen its exposure to the sector. (Photo: Exxaro)

The diplomatic standoff between China and Australia has provided an unexpected boost for South African coal producers who are now once again shipping to the Chinese mainland.  South Africa last exported coal to China during 2014, when Beijing’s tightening environmental requirements kicked in. High levels of contamination with trace elements of metals, as well as a high ash content resulted in South African mines being dropped by Chinese power companies.

However, shipments out of South Africa have recommenced as Chinese electricity producers scramble to replace Australian suppliers. Beijing and Canberra had a falling out late last year over, among other things, Australia’s demand for a full investigation into the origins of the coronavirus.

“We did get a very welcomed surprise this year, with the unexpected exports to China,” said Nosipho Siwisa-Damasane, chairman of the Richards Bay Coal Terminal (RBCT), the country’s coal export gateway. “We are looking forward to more of this to come.”

In March, Australia’s Sydney Morning Herald reported that vessels carrying Australian coal had been unable to unload in China since last October. At least 70 transporters of varying sizes were lying offshore at Chinese ports, unable to offload their cargos.

Australian thermal coal exports to China amounted to some $4 billion during 2019, with another $10 billion in coking coal. According to export data, South Africa shipped 1.25 million metric tons (mt) of coal to China in February, up from zero in February 2020 and 330,000 mt in January. This has pushed China to the front of the queue as the country’s largest customer, ahead of longstanding buyer, India.

The unexpected boost comes as coal exports had fallen consistently over the past three years. RBCT figures show it processed 70.2 million mt in 2020. This is down from a height of 75 million mt in 2017, and a nameplate capacity for the RBCT of 77 million mt.

Last year was of course dominated by the COVID-19 pandemic, although coal mines were allowed to remain open. However, operational hitches that arose from the pandemic hurt the ability to export.

“Given the challenges, we are very happy with the performance,” said Allen Waller, CEO of RBCT. “We could have done better — there’s always more coal to move — but overall, we are happy.”

Meanwhile, the single biggest customer of the country’s coal industry, national energy utility Eskom, is struggling to keep up with demand. Eskom provides around 90% of the South African electricity supply and it is under pressure from environmentalists to go green.

As it is, Eskom is battling to keep its aging fleet of coal stations running, with frequent blackouts countrywide being the result. Most are coming to the end of their design life and will need to be closed over the next 10-15 years.

“We need to retire 10,000-12,000 megawatts (MW) of generation capacity over the coming decade,” said Andre de Ruyter from Eskom. “There will be a role for coal to play in South Africa, but it will be a diminishing role as we retire aging plants.”

South Africa does in fact have two mega-coal plants of recent construction, both theoretically producing almost 10,000 MW of power together, while consuming 30 million mt per year (mtpy) of coal. These have, however, been plagued with design faults and construction overruns, and Eskom’s own experts doubt they will run to nameplate capacity.

In spite of the momentum against coal, it is likely that the country will continue to expand as the need for electricity grows. The country also has plenty of it.

“South Africa has 53 billion mt of coal reserves,” Brian Molefe, former Eskom CEO, told a judicial hearing in March. “With our current production rate, that should be 400 years of coal supply left. It is a God-given resource, and given freely.”

Eskom executives and government officials speak frequently of a “just transition” toward a non-coal energy source; meaning, not so fast so as to disrupt power supply or the communities dependent on coal-related jobs. More than 90,000 people are employed directly in coal mining, according to the South African Minerals Council.

Coal is also the country’s single biggest export, registering $8 billion in offshore sales in 2019. The cash-strapped government of the African National Congress is loath to cut one of the few dependable revenue streams it has.

At the same time, the large producers such as Anglo American, Glencore and BHP among others, have indicated they will slowly exit the industry — but likely through selling existing assets, rather than shutting them down.

Anglo CEO Mark Cutifani has already begun to do so. In May, the company spun off its coal assets into a new entity, Thungela Resources. A stand-alone company, listed on the Johannesburg and London stock exchanges. Thungela will produce around 16.5 million mtpy of thermal coal for export.

Cutifani has indicated for some time now that, while Anglo is getting out of the coal business, the intention is to ensure these assets go on to new owners who keep them productive.

This suggests a scenario where other high-profile mining producers will also exit coal over time — but pass off the assets to juniors that will quietly continue operations. Signs are, this is already happening. Exxaro, the country’s largest coal miner, recently sold three of its operations to a newly formed company called Overlooked.

And, according to the Global Energy Monitor (GEM), an environmental non-profit, there are 23 new mines currently under development in South Africa, together with an additional four mines undergoing expansions, with still another being recommissioned after a period of care and maintenance. This would add nearly 130 million mt to the country’s total production, GEM said.

Another consideration is that South Africa remains the world’s leading coal-to-oil producer. Sasol, which uses Fischer-Tropsch technology to convert coal into petroleum products and other industrial chemicals, uses around 40 million mtpy.

Sasol buys from local producers as well as running its own mines. In 2019, Sasol opened the Impumelelo colliery in Mpumalanga province, which now supplies around 10 million mtpy to its chemical plants. Sasol provides about a third of South Africa’s fuel needs.

All this, taken together, points to a coal industry that faces the same challenges from environmental concerns with which its international peers are struggling. However, South African coal firms can at least rely on a state that needs them, and the cash they produce.

As majors such as BHP and Anglo American move out of coal, it will fall to the junior sector to sustain the industry. The Junior Mining Indaba, held in Johannesburg in late May, heard how the local industry is adapting to a new environment where funding is scarce and new projects are rare.

“It is extremely difficult to get funding,” Jacques Badenhorst, CEO of Maatla Resources, told the conference. “Coal funding will have to come from within the industry.” Fortunately for Maatla, the company is developing a medium-sized operation in Botswana, a country with large coal deposits it is eager to exploit.

As funding dries up, fewer mines will be built — and this will inevitably lead to shortages of coal, Badenhorst said. “The disparity between supply and demand is going to increase.” This could mean that while less coal is mined, the price per ton could increase as supply dwindles.

In any case, given how much coal there was in southern Africa, and low access to electricity in the region, it was unlikely the resource would be left in the ground. Many of the richest seams were also far from port and railways, meaning they were better monetized by building coal-fired power plants in close proximity.

“Most of coal assets are stranded assets,” said Prince Nyati, Lemur Holdings CEO, an energy junior operating in Botswana. “They can only be used for power generation. Southern Africa has one of the lowest electrification rates in the world — less than 50%.”

The difficulty, of course, was access to funding. Banks and resource funds are now avoiding coal as if it was radioactive. Nyati said a solution may be for coal companies to accept that renewables are a reality — and even advocate for them.

Instead of simply seeing themselves as coal miners, juniors in this space should rather take the position of energy companies, using a mix of coal, wind, solar and others. Lemur itself is working on a hydro plant in Madagascar. Nyati said financiers were far more open to a coal project that was itself part of a larger, greener approach. “If you look at the dropping cost of solar, it belongs in the mix,” Nyati said. “As coal producers, we should be advocating for a mix, rather than the outright ban of coal.” Nyati added that a state fund could be established dedicated to investing in coal projects. “The state has a role to play, through a fund of some kind,” he said. “Establish a dedicated finance vehicle that will play this role.”

Anti-coal activists often point to Germany as a successful transition toward renewables, which account for some 40% of its electricity mix. However, Germany also has access to piped gas from Russia, and nuclear energy from neighboring France. Then, there was the issue of mine workers, who in southern Africa are mostly from poor backgrounds with little chance of securing employment elsewhere.

“Germany spent billions compensating its former coal workers. We simply don’t have the money for it,” said Mpumelelo Mkhabela chairman of Menar, which is developing collieries in South Africa. South Africa already has crushing unemployment of around a third of its workforce without jobs. There was little chance the governments in the region were going to dump coal, one of the largest employers. “Renewables will not be employing people at the rate of coal production,” Mkhabela added. 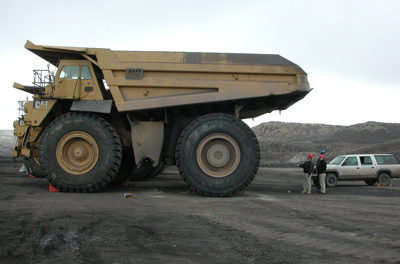