As Natural Gas Prices Soar, a Plea for Energy Pragmatism 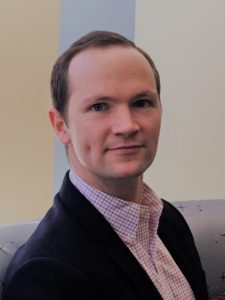 In the wake of stunning blackouts in California in August 2020, California Assemblyman Jim Patterson said, “today, we have a grid that is increasingly expensive, unreliable and unavailable when the people of California need it the most.”

What Patterson didn’t know at the time is that his remark would soon describe nearly the entire U.S. grid and the nation’s increasingly expensive and unreliable supply of power. From California to Texas, through the Midwest and Northeast, grid reliability is deteriorating with warnings of blackouts and emergency conservation notices now a feature of America’s energy supply. And, remarkably, as the grid has come to teeter on the edge, electricity rates are soaring. More expensive, unreliable and unavailable is right.

In poll after poll, inflation is now voters’ No. 1 concern. Fifty-two percent of Americans reported inflation as their top concern in a recent 538/ Ipsos poll. And Gallup found that nearly half of Americans said they now worry a great deal about the availability and affordability of energy, double the percentage from 2020.

The consumer price index has jumped 8.3% over the past year and energy is driving this runaway climb. What began as an oil and gasoline story has gotten much bigger and even more challenging to wrangle. As Politico observed recently, while President Joe Biden has battled one energy price nightmare, “here comes another: Natural gas prices have tripled since January, adding more fuel to the inflation plaguing the White House’s popularity.”

The emergence of the U.S. as the world’s largest liquefied natural gas (LNG) exporter has fundamentally changed the U.S. gas market. “The correlation between domestic and international prices has grown exponentially,” Francisco Blanch, head of commodities research at Bank
of America Merrill Lynch, told Politico. “Four or five years ago there was very little link. But now you’ve seen a huge uptake in the correlation.”

No relief is in sight for American consumers. In fact, there’s good reason to believe gas prices could go even higher with scorching summer heat soon to arrive.

Driven by the rise in natural gas prices, electricity bills in the PJM market, the nation’s largest, jumped 51% in the first quarter of the year. In the ISO New England market, which is almost completely dependent on gas for power generation, wholesale power costs rose 83% in the same period.

As painful as these jumps in prices are, they lag the even higher rise in gas prices. The gas glut that was the dominant energy story of the last decade is gone but the implications of that glut remain. U.S. consumers are more dependent on gas than ever before, even if the price no longer warrants it.

A lack of dispatchable fuel diversity in much of the country is a leading cause of mounting reliability problems and it has also left consumers overly exposed to high prices. Where coal generation remains a significant part of the fuel mix, consumers have a price shock absorber to insulate them from gas price volatility. Yet, the Biden administration’s regulatory agenda and state fuel mandates are poised to push more essential coal capacity off the grid when it’s needed more than ever.

Dismantling Grid Reliability One Rulemaking at a Time

Where Are the Jobs?