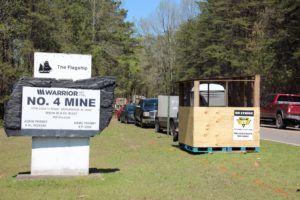 The United Mine Workers of America (UMWA) has reached a tentative collective bargaining agreement with Alabama’s Warrior Met Coal Inc. More than 1,000 miners at Warrior Met, which includes the No. 4 mine, No. 5 preparation plant, No. 7 mine and its Central Shop, have been on strike since April 1.

Members of UMWA met on Wednesday, April 7 to discuss the terms and will vote on the agreement on Friday, April 9.

“The decision to begin this strike rested with me. The decision to end the strike now rests with the membership of the union at Warrior Met,” UMWA President Cecil E. Roberts said. He added that if an agreement is not ratified, the strike will continue.

The terms of the agreement have not been disclosed.

Warrior Met Coal said it would provide employees with a competitive package protecting jobs and the longevity of the company.