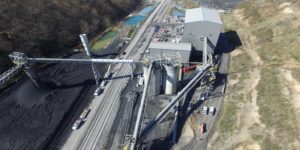 Ramaco Resources, Inc. has entered into a Securities Purchase Agreement with Appleton Coal LLC to acquire Maben Coal LLC for an aggregate purchase price of $30 million. The purchase price will consist of $9 million to be paid in cash at closing and $21 million to be paid from the proceeds of a secured note payable to Investec Bank, PLC. The completion of the acquisition remains subject to customary closing conditions, but Ramaco anticipates that the closing will occur in August.

The coal reserves held by Maben Coal LLC consist of approximately 33 million tons of minable coal on over 28,000 leased acres located in West Virginia’s Wyoming and Raleigh Counties. The property contains various areas of high-quality, low-vol met coal in the Pocahontas No. 3, Pocahontas No. 4, Sewell, and Pocahontas No. 6 seams of coal.

The property has existing mining permits issued by the West Virginia Department of Environmental Protection which authorize both surface and highwall mining, as well and underground mining operations. The property also has issued permits covering an existing haul road, as well as an active refuse disposal area together with a prep plant and unit train loadout, neither of which has yet been constructed.

The Sewell seam mine development will begin immediately after the closing. Initial production is expected in the fourth quarter of 2022,  which is anticipated to yield 25,000 tons in 2022. This will increase to approximately 250,000 tons in 2023 and remain at that level through 2030. The company estimates that if operating today, the Maben reserves would have cash mine costs in the $80/ton range, plus trucking costs to its Knox Creek prep plant.

Capital expenditures related to the Maben acquisition and development including equipment are expected to be approximately $15 million, with most of that investment in 2022.

Ramaco said it will determine in the future the timing for moving forward on the development of the deep mine reserves in the Pocahontas Nos. 3 and the 4 seams. Such future development would involve adding approximately 1 million tons per year at full production with construction of a new prep plant and loadout mentioned above.

The company also announced that it had recently approved the expansion of its Elk Creek prep plant to 3 million tons per year (tpy) from its current level of 2.1 million tpy at the end of 2021. The $9 million expansion project has already commenced and should be at its full run rate by mid-2023.

“Today Ramaco has announced two meaningful steps which will potentially increase our production capacity by roughly an additional 2 million tpy over the next few years, from levels at the end of last year,” said Ramaco Chairman and CEO Randall Atkins.

“The Maben acquisition fits well into Ramaco’s strategy of opportunistically acquiring advantaged reserves which we can develop at both low capital and operating costs,” Atkins said. “The acquisition will pay for itself in less than two years. Ramaco will then analyze the option to develop the larger Pocahontas Nos. 3 and 4 seams, which could yield additional annual full production of roughly 1 million tons.

With these additions, along with the organic development of other existing properties, Ramaco sees its production growing to 6.5 million tpy over the next three years, essentially tripling the level of its 2021 production.