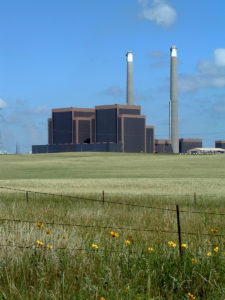 During 2020, GRE announced its intent to retire the Coal Creek Station power plant in the second half of 2022, but was willing to consider opportunities to sell the plant. On June 30, GRE entered into an agreement to sell Coal Creek Station and the adjacent high-voltage direct current transmission (HVDC) line to Bismarck, North Dakota-based Rainbow Energy Center and Nexus Line LLC.

The purchase of Coal Creek Station and the HVDC system is expected to close later this year, after required approvals are obtained.

Rainbow Energy Center said it plans to focus on baseload energy from Coal Creek Station with carbon capture and incremental generation from renewables to fully utilize the capacity of the HVDC transmission system.

“Carbon capture and storage is vital to continued operation of Coal Creek Station and will be an important step toward Gov. Doug Burgum’s goal for the state to reach carbon neutrality by 2030,” Rainbow Energy Marketing President Stacy L. Tschider said.

“Purchasing energy and capacity from Rainbow was not in our original plan, but it will serve as a reliable steppingstone in our power supply transition,” Great River Energy President and Chief Executive Officer David Saggau said.

Upon completion of the sale, the existing Coal Sales Agreement, the existing Mortgage and Security Agreement and the existing Option Agreement between GRE and Falkirk will be terminated. Falkirk and GRE will enter into a termination and release of claims agreement, under which GRE will pay Falkirk $14 million in cash, as well as transfer ownership of an office building located in Bismarck, and convey membership units in Midwest AgEnergy to another wholly owned and consolidated subsidiary of NACCO. NACCO currently owns a modest investment in Midwest AgEnergy, which operates two ethanol facilities in North Dakota.

Falkirk will be paid a management fee and Rainbow Energy will be responsible for funding all mine operating costs and directly or indirectly providing all of the capital required to operate the mine. Falkirk will perform final mine reclamation, which will be funded in its entirety by Rainbow Energy. The initial production period is expected to run 10 years from the effective date of the CSA, but the CSA may be extended or terminated early under certain circumstances.

Falkirk delivered a total of 7.2 million tons of lignite coal during 2020. Coal deliveries in the remainder of 2021 and in 2022 are anticipated to be approximately 7 million tons annualized based on initial forecasts.