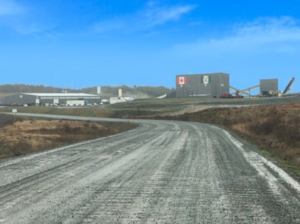 Morien Resources Corp. announced that the Nova Scotia Department of Environment and Climate Change has approved a request from Kameron Collieries ULC, owner and operator of the Donkin mine, to renew its industrial approval for the mine. The seven-year approval took effect on December 5, 2022, and expires on December 31, 2029.

The Donkin mine is an underground mining operation that produces cross-over coal, one that can be used for steelmaking or power generation. It has a probable mineable reserve of 58 million metric tons (mt). The reserve estimate is based on an indicated resource of 174 million mt. The mine has access to port facilities nearby.