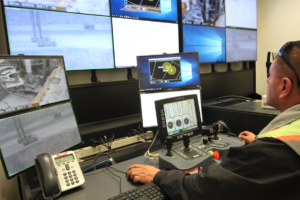 Epiroc recently released a software update for its Rig Control System, RCS 4.20, which it said takes the next evolutionary step in data-driven mining. The new update includes a range of general improvements as well as major features like a time usage model, real time data and autodrill optimizations.

“Before its release, we put RCS 4.20 to the test in multiple environments around the globe,” said Tyler Berens, automation director, Epiroc Surface division. “Our test partners saw increases in their cycle penetration rates, including multipass, compared to older software versions.”

The RCS has been the foundational operating system on Epiroc drill rigs since 1998 and is now in its fifth generation.