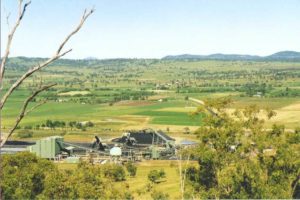 Australian Pacific Coal Ltd. (AQC) plans to appeal the Land and Environment Court of New South Wales’ decision to join the Hunter Thoroughbred Breeders Association’s opposition to its plan to modify the development consent for the Dartbrook coal mine in the Hunter Valley. Australian Pacific Coal has proposed extending its mine license until 2027. The company expects the appeal to be heard in the first half of 2021.

AQC has begun a strategic review of the proposed coal mining operations at Dartbrook and associated assets, including freehold land and any water rights. The review will consider and assess all available options for the company, the Dartbrook Project and shareholders, according to the company. The disposal of non-core mining assets at the Dartbrook Project where it has executed contracts for the sale of land and water rights for approximately $3.3 million is also possible.

The mine has been mothballed for 14 years and negotiations between Australian Pacific Coal and the Independent Planning Commission (IPC) have been under way for several years.

In September 2019, the IPC deemed a five-year extension to Dartbrook beyond 2022 was “not in the public interest” due to concerns over air quality, noise, subsidence, groundwater and greenhouse gas emissions.

The IPC then blocked Australian Pacific Coal’s modification submission. The company continues to try and move forward with the expansion to achieve its permitted 6 million metric tons per year of coal until December 2027.