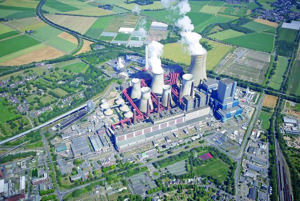 RWE Power reported that three lignite-fired power plants that were previously placed on standby would be brought online during October. The German government recently issued an ordinance within the framework of the German Act on the Maintenance of Replacement Power Plants (Ersatzkraftwerkebereithaltungsgesetz) that allowed RWE to restart Neurath C, and Niederaussem E and F. The plant operators will now have the ability to deploy the plants in line with market conditions.

The three 300-mw units will be used to offset the loss of natural gas generation during Germany’s energy crisis. Their deployment is initially limited until June 30, 2023.

The restart of the power plants was preceded by extensive work to prepare the plants for a longer period of operation with high utilization, RWE reported. Components were serviced and thoroughly cleaned, wear parts replaced and new measurement and control technology was installed. Managers and technicians, who had opted for early retirement, were asked to postpone it to train new recruits. The three reserve power plants were originally scheduled to be permanently decommissioned.

Russia’s Mechel to Up Coal Production after Record Loss