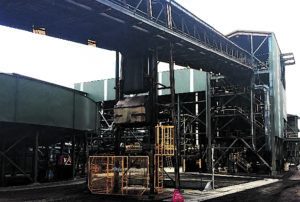 The Maxwell project will rely on existing infrastructure, including the idled Drayton prep plant (above).

The determination follows the project’s comprehensive and technical review by independent experts and assessment by the NSW Department of Planning, Industry and Environment. In a report in October, it concluded that the Maxwell Underground Project was “in the public interest” and “approvable.”

The project also underwent significant community consultation and engagement, including through the public exhibition of the project’s Environmental Impact Statement in September 2019 and a public hearing facilitated by the IPC in November 2020.

Chairman Wayne Seabrook said Malabar is eager to begin the next steps to begin construction in 2021.

“Today’s news is just the beginning of a much longer journey with our neighbors to ensure the project continues to meet the expectations of everyone in our community, many of whom we have been speaking with over the last eight years to get this project right,” Seabrook said. “The Maxwell Underground Project represents immense potential for the communities of the Upper Hunter.”

The project is expected to deliver about 250 construction jobs and 350 jobs during operation, generating $55 million in annual wages once the project is up and running, according to Seabrook.

“The project will also support local businesses and suppliers over the next three decades, and provide a real boost to the local economy, particularly during this challenging period,” he added.

The Maxwell Underground Project will produce high-quality coals with at least 75% capable of being used in the making of steel, according to the company.

Over the initial 26 years, the Maxwell Project will provide $1 billion to $1.2 billion in royalties to the New South Wales government and around $150 million to the local council and state government through, payroll tax, land tax, levies, council rates and council planning agreement payments.