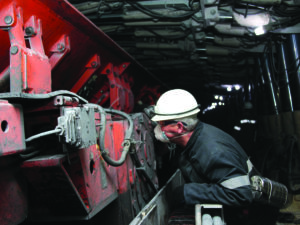 The longwall is equipped with 134 powered roof supports and is compliant with modern industrial and labor safety requirements.

“V.I. Lenina’s reserves consist of coking coal with excellent quality characteristics, which is high in demand. Southern Kuzbass Coal Co. will be working this new longwall for eight months. The coking coal we will produce from it will be marketed both domestically and internationally,” Mechel Mining Management CEO Igor Khafi zov said.