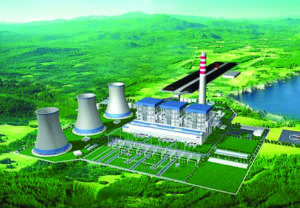 At least three coal projects are under development across Southern Africa by the company formerly known as Kibo Mining. Last year, the Ireland-based firm rebranded as Kibo Energy as it turns its focus from exploration projects to coal-fired electricity generation.

Kibo was established in 2008, focusing on Tanzanian exploration licenses. These were for a broad range of minerals, including gold, uranium and nickel. It was, however, a coal license that generated the most attention — the Mbeya coal-to-power project.

The energy plant will be built on an existing coal deposit, of around a 120-million-ton resource. About 1.5 million tons will be consumed monthly, Kibo predicts.

“Kibo has now transformed itself to a fully formed energy company, specifically in the southern parts of Africa,” said CEO Louis Coetzee. Ultimately, the company seeks to become a major provider of coal-based electricity in the region.

Apart from Mbeya, Kibo is also developing an integrated coal project in Botswana — a 300-MW plant associated with a 300-million-ton coal resource.

In Mozambique, the company has plans for a 150-MW plant, but has elected not to own its own coal resource, Coetzee said.

The company’s change in strategy to move from a junior explorer to energy began in 2017, when it acquired a majority interest in the Mabesekwa Coal independent power project (IPP) in Botswana.

The country has suffered intermittent power cuts and has historically depended heavily on its neighbor South Africa to step in to provide stopgap energy. However, South Africa, too, is suffering from electricity constraints.

Botswana, meanwhile, has large untapped resources of semi-bituminous coal in various parts of the country, of more than 200 billion tons, according to the Botswana Investment and Trade Centre (BITC). It should be noted that some geologists question this figure, but regardless of the true number, Botswana does have a substantial economically viable coal resource.

Consequently, Botswana hopes to take advantage of the seaborne coal trade to India and China, while also becoming energy independent. Eventually, Botswana also plans to become an energy center in the region, exporting electricity around southern Africa. Long-term, coal-bed methane gas could be used to replace imported diesel and gasoline, the BITC predicts.

In Mozambique, Kibo is moving ahead with the Benga IPP, a planned coal-fired power station. This lies in the Tete province, which contains coal reserves of approximately 6.7 billion tons, according to government figures.

More than 40 companies, including majors such as Rio Tinto from Australia and Brazil’s Vale are now operating in Tete. Kibo’s strategy is to build a power plant that will sign offtake agreements with some of these companies.

“These are all projects that have moved past their feasibility stage,” Coetzee said. “They are not just ideas anymore.”

So far, the environmental pushback that has hindered coal projects elsewhere has not been felt in the three countries targeted by Kibo. Africa, like the rest of the world, is under pressure to adopt “clean” energy such as wind and solar.

In June, a Kenyan court halted a 1,050-MW plant construction in the north of the country. Kenya’s National Environmental Tribunal ruled that authorities had failed to do a thorough environmental assessment, and that it presented a risk to local communities. Kenya has around 400 million tons of economically viable coal and like its southern African counterparts, wants to use it to become energy independent.

However, Kibo hasn’t had everything go its way. In Tanzania, where it is developing the Rukwa project, the current President John Magufuli has pushed an increasingly nationalistic policy that puts him at odds with the miners.

Three years ago, Magufuli triggered a tax dispute with gold producer Acacia, now owned by Canada’s Barrick that is still under negotiations today.

In February, Kibo was dealt a blow when Tanesco, Tanzania’s electricity utility, said it would not sign an offtake for the Mbeya plant.

The announcement hit Kibo’s share price, but Coetzee said although the news came as an unexpected shock, Mbeya remained viable as it could export electricity or find other domestic consumers.

“It’s strategic location close to potential private offtake partners and the export market provides many opportunities to commercialize the project, which we are actively pursuing,” said Coetzee.

Germany Starts to Shift Away From Coal