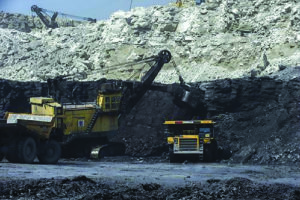 The Indian government has permitted outsourcing underground coal mining operations to global mine developer operators (MDOs) in a bid to stem falling production and productivity from such assets.

According to guidelines framed by the government, state-run, Central Mine Planning and Development Institute Ltd. (CMPDIL) will float tenders for global MDOs to submit bids to operate underground coal mines and set a minimum assured production benchmark of 5 million metric tons per year (mtpy) for each of the outsourced underground mines.

Though the bulk of higher grade coal volumes were produced from underground mines, low productivity and prices have prompted CIL to officially announce it would go slow in expanding or investing in such underground mines. Despite employing about 44% of CIL’s 276,000 total manpower strength, underground mines accounted for only 5% of the company’s total annual coal production of 670 million mt.

A few years ago, CIL moved the Ministry of Coal declaring it would slow down committing incremental investments in underground mines and seeking that the government permitted it to charge a higher price for coal produced from such mines.

Justifying a higher price for coal from underground mines, the CIL in a briefing to the ministry said the cost of production from existing underground mines had gone up on an average of $16/mt over the past year and production at the same time was falling at rate of 1 million mtpy.

The communication said cost of production from underground mines was around $54/mt and to ensure a minimum 12% rate of return, the government would have to allow CIL to have a differential pricing for coal from underground and open cast mines.

CIL, along with Singareni Collieries Co. Ltd. (SCCL), last year had also sought differential rate of royalty payments for underground and open cast mines along with “tax holiday” as incentive to invest in underground mines but unfortunately no favorable response was received from the government.

Donkin Mine Will Begin Production in 2016