The sealed Trail Mountain coal mine in central Utah could reopen under a new name, according to the Salt Lake Tribune. Executives with Wolverine Fuels discussed its plans to access the Fossil Rock reserves with a state legislative panel during September. The company holds leases on 58 million tons of recoverable coal on a tract near Orangeville.

Those reserves could be accessed through Trail Mountain’s sealed portals. “We have plans to breach those seals and begin mining as early as next year,” said Garrett Atwood, vice president-operation for Wolverine Fuels.

Wolverine plans to convert the mine from a room-and-pillar mine to a longwall operation. Supporting as many as 400 high-paying jobs, it would be a boon to Utah’s rural economy, Atwood explained.

The prospects of a new mine thrilled leaders in Emery County, according to the Salt Lake Tribune. “It’s going to be a great thing for the county. We’ve been waiting for a long time. We hope that it really happens,” County Commission Chairman Lynn Sitterud said. “Had there been a means of exporting that coal, the mine would probably have opened before now.”

Unlike most of Utah’s coal production, the Fossil Rock reserves are leased from the state, rather than the federal government. This coal lies under the 8,200-acre Cottonwood tract controlled by the Utah School and Institutional Trust Lands Administration, which auctioned the rights to mine it in 2007.

Wolverine sees growing demand through export markets. “There is this notion that coal is dying, [but] we can’t hire enough qualified people right now,” Atwood told the interim committee. “We have been growing and hiring more people at each of our mines. There is an opportunity to keep growing.”

Production Resumes at Warrior Mine 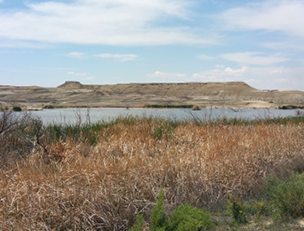 NTEC, BHP Win Award for Reclamation Project at Navajo Mine

Murray Energy to Lay Off Up to 4,400 Workers