VHGI to Buy Indiana Mine

VHGI and Rick Risinger, the sole shareholder of the Lily Group assets, which includes the Landree mine in Green County, Ind., are in the process of obtaining the various bank, third-party and regulatory consents necessary to consummate the transaction. VHGI Coal has already invested approximately $4.5 million in the company to build-out the infrastructure and put the mine into full production by January 2012. When the transaction is completed, Risinger will become president of VHGI Coal.

The company has the rights to mine a total of 2,800 acres, with verified reserves of 21 million saleable tons of coal, with the ability to expand to an additional 80 million recoverable tons. “By having this much acreage under direct control of this operation, and with all the permits in place, we could not have crafted a better scenario for us to enter this sector of the energy market,” said Doug Martin, president and CEO, VGHI Holdings. “We see this as an outstanding opportunity to expand VHGI’s footprint with an experienced and professional team and to create significant value for our shareholders.”

The mine has received all necessary regulatory approvals, and is currently in production. The mine is currently shipping and producing approximately 130,000 tons of coal since August 2011, and is expanding production starting in January. The mine is strategically located within 150 miles of multiple coal burning electrical generation facilities, and has a rail spur adjacent to the property to facilitate a unit train and transportation logistics on-site.

Willow Creek Mine Will Restart in July 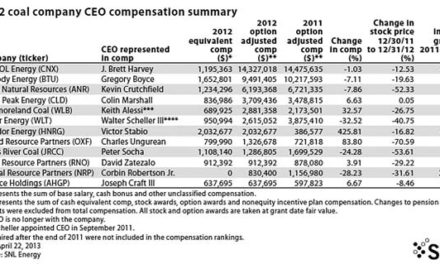