“Today marks an exciting new beginning,” said Patriot CEO Ben Hatfield. “We have accomplished reorganization and emerged stronger to compete in global energy and steel markets.”  In addition, “we have preserved nearly 4,000 jobs (and) signed and secured funding for retiree health care,” with five-year agreements with United Mineworkers of America (UMWA) representatives. “In short, Patriot Coal has a bright future,” said Hatfield. 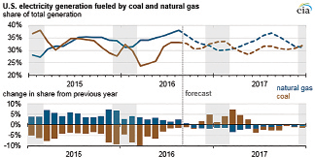