The proposal, which was published in the Federal Register on July 31, will amend existing civil penalty regulations if made a final rule. MSHA said it has structured the new outlines to “encourage operators to be more accountable and proactive” in addressing their own safety and health conditions.

Specifically, the agency said that total federal proposed penalties and the distribution of the penalty amount by mine size would remain generally the same, especially for coal mines.

However, the penalty amount for small metal and nonmetal mines would decrease. The current minimum is $112 and the maximum is $70,000 for non-flagrant violations, a range that will not change; minimum penalties for unwarrantable failure violations – that is, violations that constitute more than just ordinary negligence – would increase to provide a greater deterrent for mine operators, it said.

“This proposed rule would simplify the process and increase consistency, objectivity and efficiency in the citations and orders that inspectors issue. Furthermore, it would facilitate improved compliance and early resolution of enforcement issues,” Assistant Secretary of Labor for Mine Safety and Health Joe Main said.

The proposed rule has been developed, MSHA said, in response to a presidential executive order requiring agencies to review and simplify regulations and to respond to Main’s testimony in 2010 that the agency had a growing backlog of contested civil penalty cases. At that time, the executive proposed a system where the evaluation and writing of citations would be simpler, more objective, clear and consistent.

“The number of violations cited by MSHA has decreased, as has the backlog of contested cases,” Main said. “The proposed rule will improve the civil penalty process, and we welcome comments from the entire mining community.”

Anyone submitting input on the proposed rule has until the end of September, 60 days from July 31, to file their comments.

The proposed rule can be viewed at https://www.federalregister.gov/public-inspection 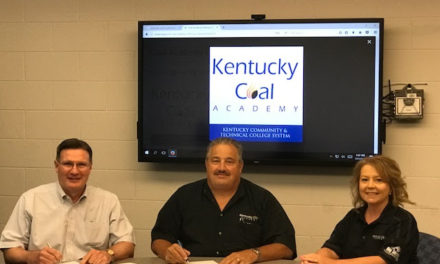